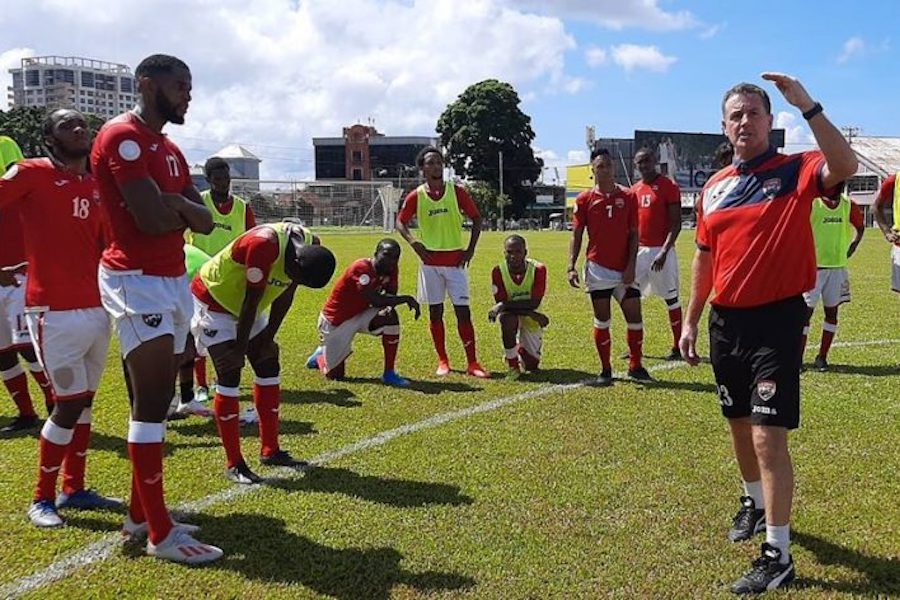 The proposed football friendly between Trinidad’s senior footballers and those from Tobago has been shelved as national men's coach Terry Fenwick awaits, hopefully, FIFA’s reappointment of the normalisation committee to manage T&T football.

FIFA gave the TTFA until December 18 to withdraw all its legal challenges against the governing body and get its statutes in accordance with FIFA's. The former was done by former president William Wallace after TTFA members last month voted overwhelmingly to reject his presidency and accept the normalisation committee.

Itching to get his players on the field for the first time since his appointment in December 2019, Fenwick proposed a Tobago versus Trinidad friendly. He was also eyeing a friendly against Grenada around November 28-29, if FIFA lifted the ban. FIFA World Cup qualifiers kick off in March 2021 and a spot in the Gold Cup could also be stripped from T&T if the ban is not lifted.

Fenwick said on Sunday, “First things first, we’re hoping that the normalisation committee is reappointed by FIFA to run T&T’s football. This is important for us to have some direction at the top. From there, once we can speak to the powers that be, all we would need is some sort of financing to get it done. We have no choice but to take it one step at a time.”

On November 4, FIFA acknowledged the TTFA membership’s decision to accept the normalisation committee. FIFA said it welcomed the decision and was assessing the matter internally.

Fenwick remains cautiously optimistic FIFA’s decision would be a speedy one to facilitate a return to normalcy between the local association and the international body.

“I think it’s just a matter of FIFA having time to sit down, discuss and make a decision on it. I don’t think it’s a big thing – I hope not, anyway. We’re hoping that before the end of this week we would have some sort of direction. We can only hope,” he said.

On Monday, at the Hasely Crawford Stadium in Mucurapo, Fenwick resumes full team training with locally-based players and some who recently returned from their respective international club duties.

Fenwick expects a group of 30 enthusiastic players ready to train.

“Next week’s sessions would be a bit more intense, but we’re not rushing it. There’s no football on the ground in T&T so we’ll take our time, get the players right. We’re right smack in the middle of the last FIFA (international) window before World Cup qualifiers, which is a big disappointment for us,” he said.

Fenwick said there is still a lot of work to be done.

“Last week’s light training sessions went very well. We could see some of these guys haven’t played or done anything for a number of months because of the local restrictions we’ve had. Fitness levels were a long way off.

“But the sessions were good. They looked like they were enjoying the work that we were doing. We kept it light but we’re looking forward to this coming week where we can step it up a notch. We’re training Monday, Tuesday, Thursday and Friday this week.”

Fenwick also lamented not being able to train with more foreign-based players.

“There’s a lot of the players I’d like to include in my World Cup (qualifying) squad and because of the travel restrictions and the FIFA suspension I’m limited in this regard. All of my staff have worked diligently in the background with players that are overseas.

“We have been tracking down new faces and trying to bring better quality into the national squad. We’re going to need it because we literally might have just one full training session with these guys before World Cup qualifiers.”

He said amidst the myriad of challenges the management just has to push through.

“It’s very unfortunate and unfair in this respect, but we’ve got to do what we can with the hand that we’ve been dealt. We’re working hard on several passports to have them done before year’s end. Even then, we’ve got lots of hold-ups in Government and government agencies. We’re just doing what we can.”