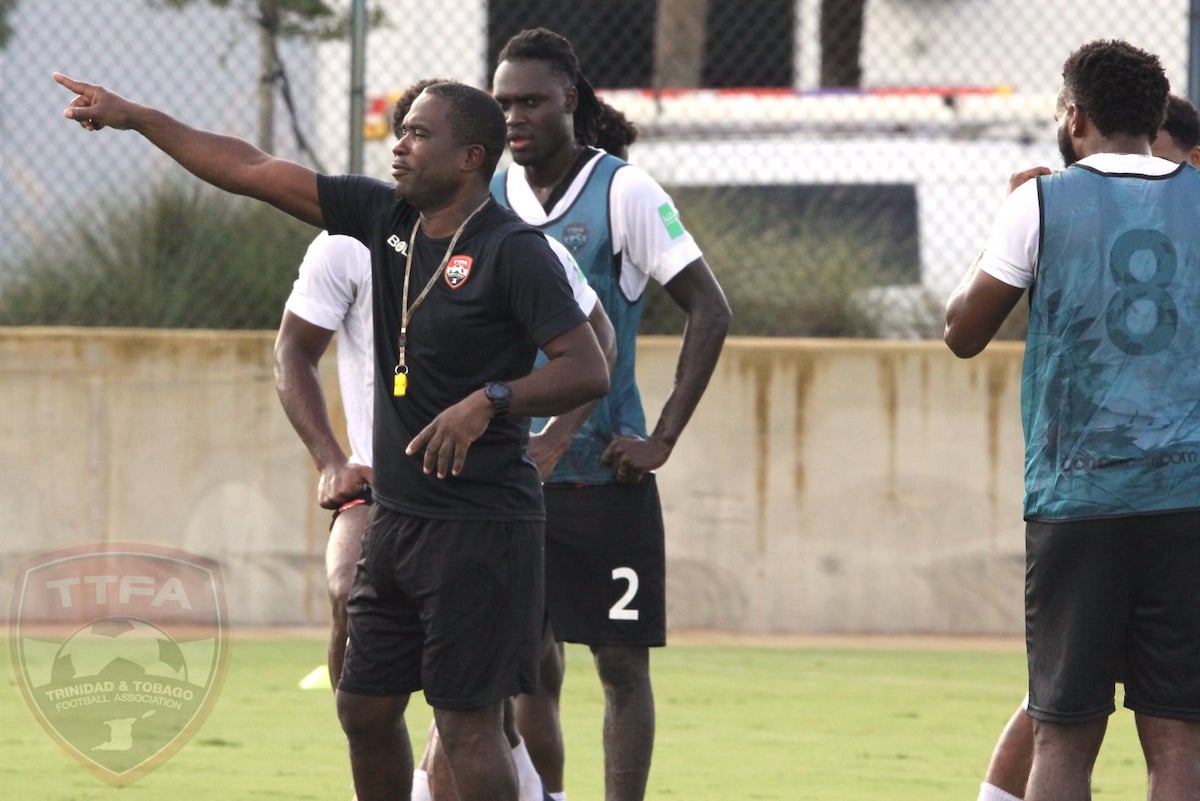 INTERIM head coach of the national men’s senior football team Angus Eve commended his team’s professionalism following their 6-1 victory over Montserrat in the first round of the Gold Cup qualifiers in Ft Lauderdale, Florida, USA, on Friday night.

The match, delayed by 45 minutes because of poor weather, was played at the DRV PNK Stadium.

Midfielder Kevin Molino gave T&T the lead with a penalty in the 21st minute.

Montserrat pulled a goal back ten minutes after the resumption when captain Lyle Taylor converted a header.

A minute later Judah Garcia made it a three-goal cushion again for T&T. Substitute Reon Moore scored the last two goals for T&T to round off the scoring with the final item coming in the 82nd minute.

“I thought today was a game of professionalism,” Eve said in a post-match media conference.

Eve said his players followed the strategy. “We studied the games of the opposition and we asked the guys to do particular stuff in the game and I thought, for the most part, we kept to the game plan. This is just three days of work with some of the guys and a week and a half with some of the other guys so I am very proud of the boys today. This is just one step in where we want to be – the first step. It is a good start.”

T&T will now play French Guiana in the second round of the qualifiers at 4.30 pm, on Tuesday. On Saturday, French Guiana were scheduled to play Cuba in the first round. However, a statement on the Concacaf website said, “Concacaf has been in regular communication with the Cuban Football Association regarding their travel to the 2021 Concacaf Gold Cup preliminary round (qualifiers).

“Unfortunately, due to covid-19 related travel and visa challenges, and the required covid-19 testing regime, their match tonight against French Guiana will not take place.”

Discussing the importance of each match, Eve said, “We just treat every game as a final because every game we would play it will mean something because if we lose we go home and so losing is not the objective here.”

If T&T win on Tuesday they will qualify for the Gold Cup which kicks off on July 10.

Molino, asked by a reporter if his opening goal from the penalty spot established the right attitude for T&T, said, “Yes, but I think together we started off well. That set the tone - the first goal – and the floodgates opened and we continued going. We should have scored more, but so be it. We look forward to the next one now.”