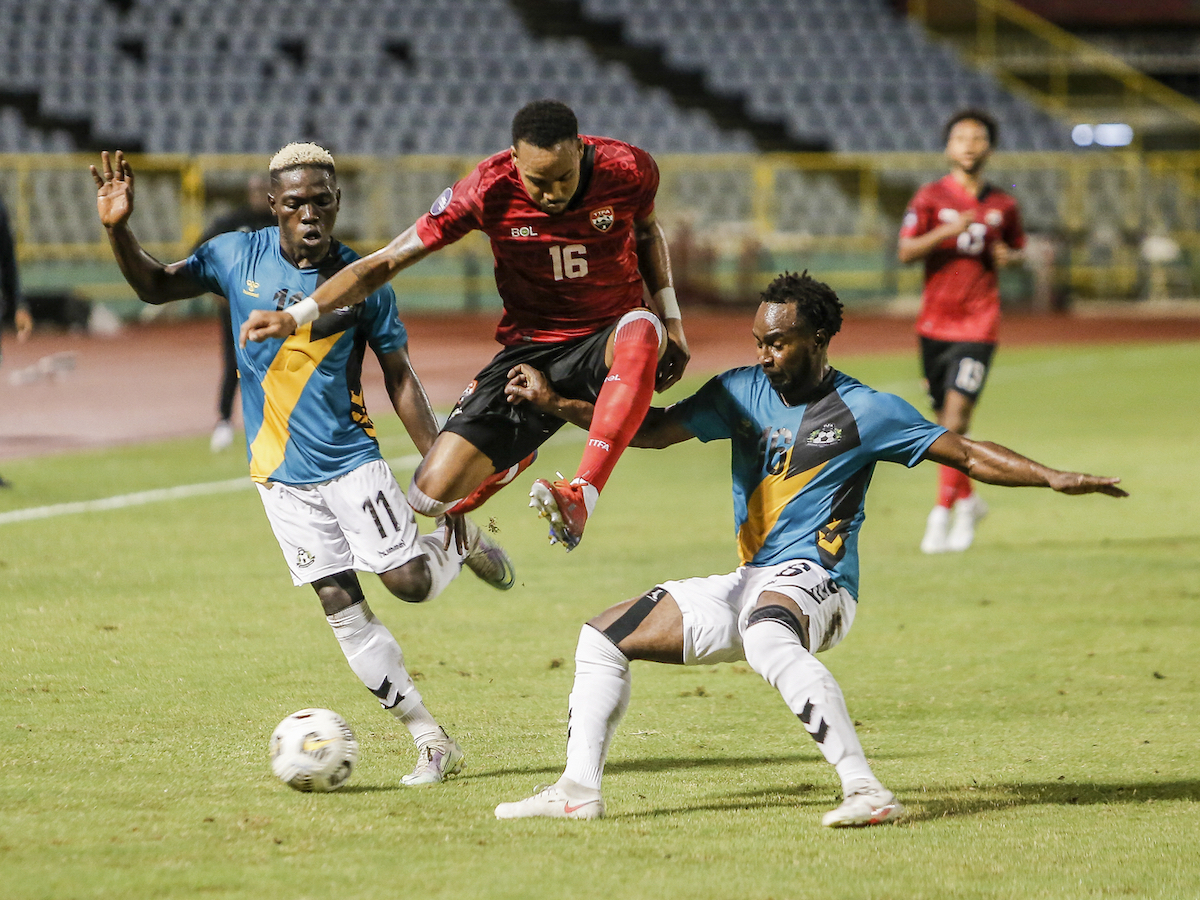 Heavy weather on a heavy ground, but still just enough to give Trinidad and Tobago's senior men's football team their first points of the CONCACAF Nations League.

With some help after Nicaragua was held 2-2 by St Vincent & the Grenadines earlier yesterday, last night's home victory brought the Soca Warriors firmly back in the equation.

Nicaragua still lead Group C, of League B, with four points, followed by T&T and Bahamas, both on three points, and then SVG on a single point. T&T now have away and home games against St Vincent & the Grenadines, on June 10 & 13.

Soca Warriors head-coach Angus Eve made six changes to the team which lost the series opener last Friday and might have been happy with the near 80 per cent possession his footballers enjoyed in the first half against the Bahamians, who defended deep and had not a single meaningful attack on the T&T goal throughout the match.

Even so, Bahamas stuck to a game plan meant to frustrate the hosts, and their coach Nesly Jean might have been satisfied being down just a goal when the first half ended. Even so Bahamas were lucky to not be a player short, owing to lenient officiating by Guyanese referee Shavon Greene, who allowed defensive midfielder Roen Davis to get away with half dozen late tackles before reluctantly issuing the player a yellow card.

Bahamas had almost none of the possession in the opening half-hour and were totally pushed back. But for all their possession, T&T played far too slow, and did not pressure the Bahamas defenders, allowing crosses to easily go out of play.

The very first pass the Bahamas made went out of play. The second one similarly. It never got better for them.

Hackshaw had the Soca Warriors ahead in just the fourth minute with a powerful header onto Noah Powder's corner-kick.
Duane Muckette then headed Levi Garcia's cross onto the crossbar in the 12th minute and Powder delivered another corner which Kareem Moses got power behind, only for Bahamian goalkeeper Julio Jemison to make a terrific save.

Garcia (Levi) also skied a shot from a good position atop the penalty area, while the impressive Jemison kept his team in the match with two crucial saves as the first half waned.
First, turning around Kevon Goddard's low, long-range effort, then making a close up save as Judah Garcia procrastinated, when only putting in a weak effort at an open goal.

The Soca Warriors offered far less in the second half, but had little to worry against the Bahamians, who had mainly teenagers on the field by the time the final whistle blew.