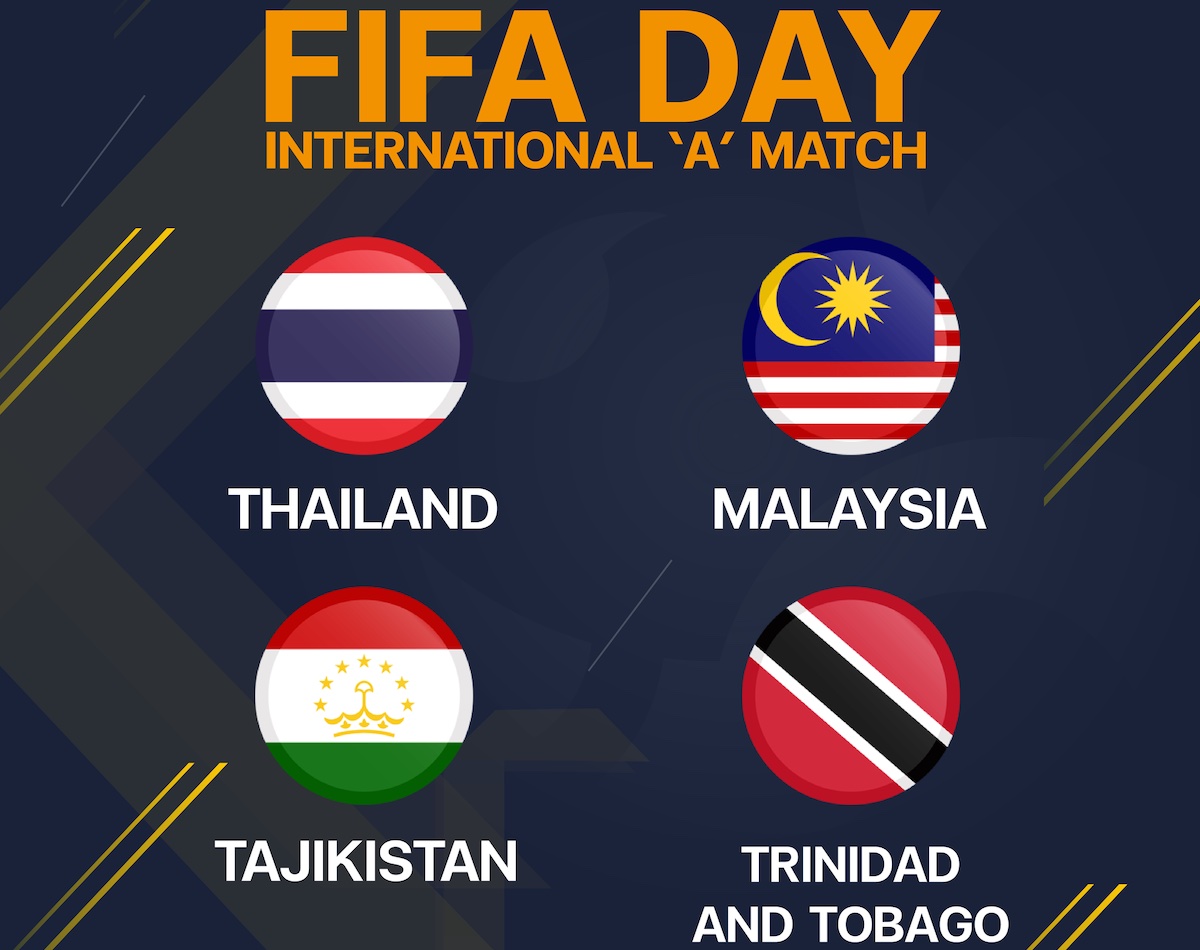 The Trinidad and Tobago Football Association accepted the invitation from the Thailand FA this week. This will be T&T’s third visit to Thailand for international friendlies, having visited in 2004 and 2018, losing to the hosts 3-2 and 1-0 respectively. Current head coach Angus Eve was the captain of the 2004 squad under then head coach Bertille St Clair.

The King’s Cup 2022 has confirmed three other teams taking part in the competition including hosts Thailand, Malaysia and Tajikistan.

The matches will be played on September 22nd and 25th, within the FIFA Window and a draw will take place to determine the fixtures.

In the last King’s Cup held in 2019, the Curacao team was invited to participate with the Vietnamese and Indian teams. In that tournament, Curacao won the championship with a victory over the Vietnamese team in the final.

In a response to the fixtures, head coach Eve told TTFA Media, “This is a fantastic opportunity for us to get two international fixtures away from home during the FIFA Window. Again, this is a continuation of our process towards getting the best possible team for the future which includes not just the Gold Cup 2023 and the next phase of Nations League matches but also the 2026 World Cup qualification.

“We are coming off a good run in the Concacaf Nations League with three consecutive victories and we will be looking to build on this in these upcoming matches during the September window. I’d like to say thank you the Thailand FA for reaching out to us to offer this invitation and to the Normalisation Committee and the TTFA for accepting and confirming all arrangements to ensure we are active in this upcoming FIFA Window” Eve said.

The Senior Men’s Team preparations for these matches will commence within the next few weeks before Eve announces a Final Squad to travel to Chiang Mai.

Chiang Mai is approximately 90 minutes by flight from Bangkok and while it is on the warm side, it’s considerably cooler than Bangkok. It’s situated in the mountains at a high altitude, so temperatures are much more bearable than other Thai cities on the southern end of the country.

Thailand lost to Uzbekistan 2-0 in its last international match, an Asian Cup qualifier in June. Among its wins this year were a 2-1 win over Bahrain in a friendly in May and a 1-0 win over Suriname in March.

Chiang Mai is known for its rich history as the principal city of the ancient Lanna Kingdom. The Lanna Kingdom, which was especially prevalent between the 1200s all the way up until the mid-1800s, was spread across northern Thailand, and Chiang Mai is host to countless ancient relics of this kingdom and the Karen Hill tribes Temples, most of which are in a unique Burmese style of architecture, speckle the city, and there are countless other attractions to visit and behold from this once-great empire.