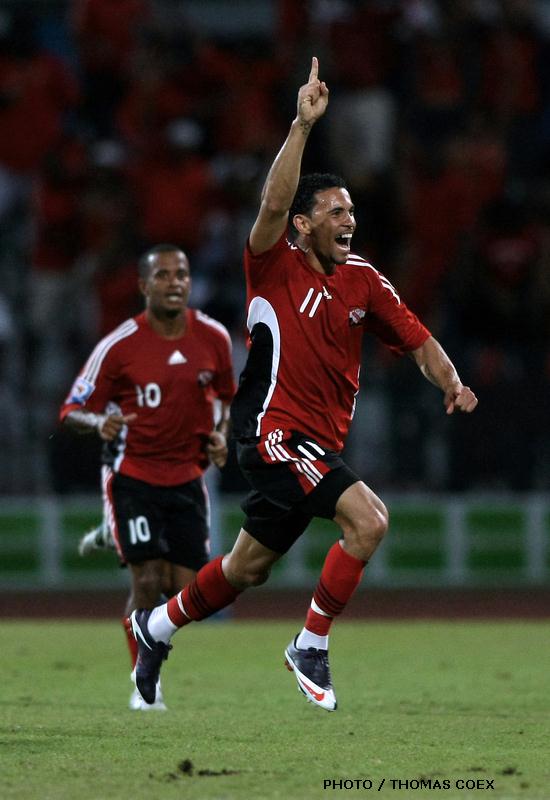 Ipswich Town midfielder Carlos Edwards has expressed satisfaction on the appointment of Otto Pfister as new  National Team head coach and is looking forward to meeting up with him on his return to Port of Spain at the end of the English League season in May.

Edwards last lined up for T&T in a 2-2 draw with Mexico in 2009 during the World Cup qualifying campaign for South Africa and is hoping that Pfister will lead the “Soca Warriors” back among the top in the Concacaf region.

“I’m pleased with the appointment for one. He seems to have a good track record and has been around in the footballing world. We need that kind of experience now because we aren’t quite among the top teams in the region like we were a few years ago so we need to fix that and he could be the man to help us,” Edwards told TTFF Media on Tuesday.

“It’s about time we start making progress in a positive manner and get good training matches also. I think he will ensure that he gets quality opponents for the warm ups and he will take nothing for granted when it comes to the preparation of the team.”

The former Sunderland player stated that it was crucial that Pfister gets the support from all parties involved in the running of T&T football.

“He needs to have one hundred percent support from the players and the administrators. The players in particular must give the new manager (Pfister) full commitment and the TTFF has to ensure everything possible is in place.”

The 32-year-old player has 78 international appearances and no doubt is eying the century mark for his country. This means he will answer the call for duty from Pfister.

“I haven’t retired from international football. I’ve kept myself in good shape and I’ve learnt from some of  the best like Dwight and other top notch professionals that I’ve played with. I’m available for the national team once needed for duty,” Edwards concluded.

Stoke City striker Kenwyne Jones also recently spoke of his feelings on Pfister’s appointment, saying  “I think it’s a really good appointment for Trinidad and Tobago. Pfister has an amazing variety of experience and it will help the country move forward,” Jones said.