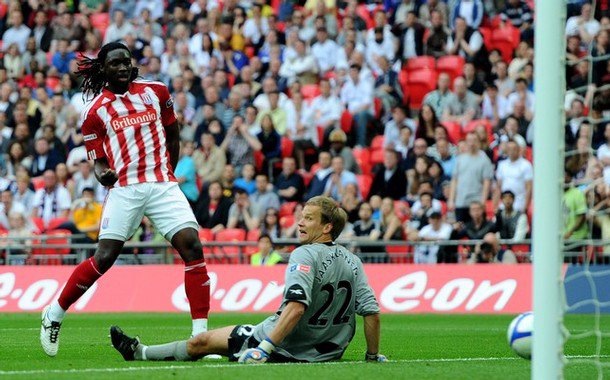 The Soca Warriors Online (SWO) is proud to announce the T&T players of the week. Here are eleven Trinidad & Tobago players who are currently having the best run for their country and/or clubs.

Anthony Warner (Tranmere Rovers) - Warner has been a main stay in goal for his club since he signed for English League One team Tranmere Rovers in January 2011. Warner has gone on to make 21 consecutive appearances for his new club, totaling 106 saves and recording 6 clean sheets in the process.

Robert Primus (FC Aktobe) - Primus signed as a Youth Development player for his new club FC Aktobe in the Kazakhstani Premier league. Little did they know Primus had other plans, Primus impressed the coach so much that the former San Juan Jabloteh defender has now claimed a permanent spot for the Club’s senior team and played in most of their games since his debut.  To date Primus has played in three of four league games for FC Aktobe and won all three for his Club.  Unfortunately, the only game the defender didn't feature in for the Kazakhstani four-time Premier League champions, they could have only muffled up a 1-1 tie against Zhetysu. With 3 wins under his belt and two clean sheets, Primus seems to have settled in well in Kazakhstan and for his new club FC Aktobe who sits in second place.

Julius James (Columbus Crew) - In February 2011 when the news broke that D.C. United waived central defender Julius James it was a shock to both D.C. United and the Soca Warriors fans . The former Toronto FC and Houston Dynamo defender had a relatively good half season for United and played in 22 games for the club. Unfortunately, James made his debut for the Crew against his former club in a 3-0 drumming. Since then it was all uphill for Julius and the Crew as the club has now gone on to set a team record fourth straight clean sheet with James playing in all four games.  DC United however has gone in the other direction as they recorded 2 losses, one win and a tie so far this season. Julius James is now a starter with the club and has formed a good partnership with Chad Marshall and Sebastian Miranda to help steady his team’s defense.

Daneil Cyrus (Caledonia AIA) - Cyrus helped Caledonia AIA maintain two important clean sheets and a winning start to their Caribbean Club Championship campaign with 1-0 and 5-0 wins respectively over Newtown United of St Kitts/Nevis. Caledonia made its debut at this level and has now advanced to the second round of the Caribbean Football Union Club Championship qualifying series. The Club will next face Haitian champions Tempete United. Cyrus, who is connected to local club 1st Santa Rosa and is currently on loan to Caledonia AIA, has been growing from strength to strength and has now anchored a place in Cali's central defense. The Tobago-born defender started off playing football as a striker before being converted to a central defender and is now rated one of the top defenders in the country. Cyrus recently had a successful trial with Major League Soccer (MLS) club Sporting Kansas City and was offered a contract. However, his agent Keith Look Loy said that the offer was not an attractive one and was therefore rejected.

Jlloyd Samuel (Cardiff City) - The former Bolton Wanderers and Aston Villa left-back is currently on loan to Cadiff City. Since his loan deal Samuel has settled in well with the club and has started and played in all three games thus far, all being wins for the Premier League chasing club. Cardiff sits at number two in the English League Championship and with four games remaining they look almost certain to be in the Premiership next season.

Lester Peltier (FK AS Trenčín) – Lester had unsuccessful trials with Houston Dynamo, Stabæk IF and Birmingham City, but that certainly did not stop the speedy winger.  He recently signed with Slovak First League leaders, FK AS Trenčín, until the end of the season with an option for an additional two years. Since his debut game (a 3-0 victory against FC Petržalka on April 10th), Peltier has gone on to play in all of his team games to date despite only being used as a substitute. However, Peltier's persistence is finally paying off as the T&T midfielder scored his first professional goal in Europe when he found the back of the net in AS Trencin 6-1 rout of FK Bodva Moldava nad Bodvou on April 16th. Peltier, formerly of San Juan Jabloteh and Ma Pau, is looking to secure a starting role on his new team and a possibly contract renewal for the Slovakian First League leaders who looks destine to be in the Slovak Superliga next season.  It should be noted that Peltier is just one of the many top T&T players who came through the ranks of former San Juan Jabloteh head coach Terry Fenwick.

Christopher Birchall (Los Angeles Galaxy) - The iron-man in LA's team, Birchall contributes to LA, providing his fair share of service week in, week out and has emerged as one of Bruce Arena top players. Apart from his red card against Philadelphia Union on April 3rd, Birchall is a main stay on the Galaxy side and played in all of LA's games this season barring the one match suspension. Birchall is currently one of the League’s top defensive midfielders and because of his workhorse duties, teammates David Beckham, Juan Pablo Angel, Juninho and Landon Donovan are allowed the freedom to play comfortably when on the attack. If Birchall continues on this path he could surely be a contender for LA's Player of the Year.

Keon Daniel (Philadelphia Union) - Daniel came into the league basically unknown to many MLS fans. He made his debut against LA Galaxy when he came on as a second half substitute for Danny Mwanga and played so well that he cemented his place in the starting team as a left-wing player. He also played the entire matches in the following two Union games. Daniel, a technically sound player seems to have taken his talent up a notch as the T&T player is now consistently performing well at a top level.  He now tracks back and helps out his defense, something the former Puerto Rico Islanders and Caledonia AIA player lacked. Some of the Union fans are so impressed with Daniel that one mentioned: "Keon can play with a white jersey in a mud field and wouldn't get dirty. He is a good player, but sometimes he scares me as it looks as if he wounld't get to the ball, but he does. I think he is deceitfully quicker than he looks. He is clearly a starter in the Union first eleven."  Another player with Trinidadian roots lining up with at Philadelphia is Sheanon Williams, a player who is also a main stay at Union side and plays at right back. Sheanon is still eligible to represent the Red, White and Black.

Carlos Edwards (Ipswich Town) - Despite the negative things Mr. Alvin Corneal said about Edwards in his recent Guardian article (Trying it the German way), in my view there are currently no wingers in T&T who can even come close to Carlos Edwards. At 32, Edwards whom, I personally feel should be made T&T's new captain has been having some great runs for his club and was recently credited by his Manager Paul Jewell who said, "I think Carlos has been a revelation for us. He has been terrific, with great recovery and great energy, added Jewell.” Nicknamed by the SWO members as the Rolls Royce, Carlos has scored some consistent rockets for his team, from Wrexham, Luton Town, Sunderland and more recently Ipswich Town. His recent goal came in spectacular fashion against Sc**thorpe United when Edwards rifled home a 30-yard effort leaving the opposing keeper with no chance. Last week the midfielder-turned-full-back was named in the Championship Team of the Week for his performance in a 1-0 victory over Bristol City at Ashton Gate.

Andre Toussaint (Joe Public) - Toussaint has been a consistent performer for his new look Joe Public side. He is one of the more experienced players for his club and leads very well for the Eastern Lions. His latest accomplishment came when he stole the show against his former club W Connection on April 01st at the Marvin Lee Stadium.  He earned Joe Public a 1-0 Digicel Pro Bowl Final victory to retain the title and its only title for 2011. Toussaint was later named the tournament MVP and also picked up the Most Goals Award with three goals (two in the semi-final round against Caledonia and one in the final) while his team celebrated a new Digicel Pro Bowl trophy and the $100,000.00 winner takes all payout. Toussaint is a nippy player who performs at his best behind the strikers and should be a contender for Joe Public's Player of the Year.  He is also known for his intelligent passing and shooting of the ball.

Kenwyne Jones (Stoke City) - Since January 01st, 2011, Jones have not scored a goal for Stoke City. However, on April 10th the athletic striker ended his drought in style and fashion when he scored against a team that was tracking him a while ago, Tottenham Hotspurs. Jones scored a massive left-footed goal (yes, he scored with his feet) against Tottenham at White Hart Lane, but unfortunately his team lost 3-2.  Jones put in a top performance as well and seemed to be coming back into his best. Most recently Jones helped his club Stoke City reached the FA Cup final for the first time in its history. Stoke City ended more than a century of FA Cup failure in the most emphatic way when they blasted 5 goals past Bolton Wanderers  at Wembley Stadium. The goal scorers in the first half were Matthew Etherington after 11 minutes, Robert Huth after 17 and Trinidad and Tobago striker Kenwyne Jones after 30.  Jones yet again scored another clinical goal with his feet, this time he side footed a pass from Jermaine Pennant which beat the Bolton keeper to his left.  In the second half Jonathan Walters added two more in the 68 and 81st minutes. If Jones continues his fine form, Trinidad and Tobago will surely look to him to lead their attack when their all important World Cup qualifiers start back later this year.

Players on the SWO Radar.