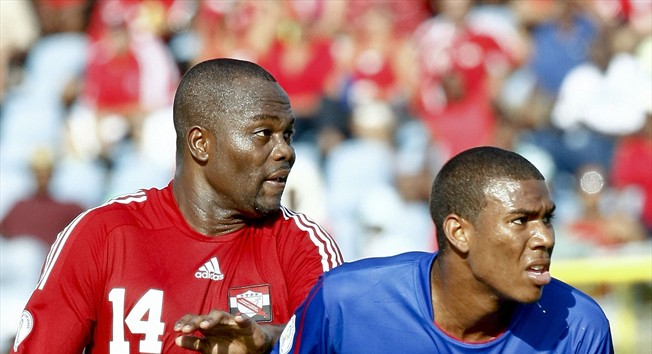 Trinidad and Tobago stand-in captain Stern John has spoken out in the wake of the national team's latest defeat to Bermuda, saying it was one of the better performances he has witnessed by T&T in recent time.

"It"s a real pity the fans in Trinidad could not see the match, because I can tell you, after the game I was saying to a few people and to myself that I couldn't believe we lost the game after the kind of football we played," John told Trinidad and Tobago Football Federation (TTFF) media officer Shaun Fuentes.

"I'm not trying to defend the players or even the coach but I think we were just unfortunate on the day. Bermuda had three chances and they took two. We really kept the ball and played it around the park well for almost all of the match.

We played like a team in that our possession and the way we went forward and defended also was the best I've seen from a national team in a while.

And I think credit must go out to the boys when you consider the age of some of them. Of course goals win matches and we didn't convert," John added. "We'll have to work at a few things and come back better."

The former Sunderland player has been through it all with the national team, loved one day and heavily criticised the other.

"I've been through it and worse before. I know the fans and the critics as well as the many people who call themselves football experts will be having a go at us because it's hard to accept a loss to Bermuda when we are looking to be able to compete with the likes of Mexico and Costa Rica next year.

"But this is football and we have to come back better and it begins with a win over Barbados on Tuesday," John said, referring to T&T's next qualifier.

Trinidad and Tobago coach Otto Pfister conducted a 70-minute session at the Hasely Crawford Stadium yesterday morning and will do so again today.

Barbados were scheduled to arrive in Trinidad yesterday evening. Tuesday's match kicks off at 5 p.m. at Hasely Crawford Stadium.