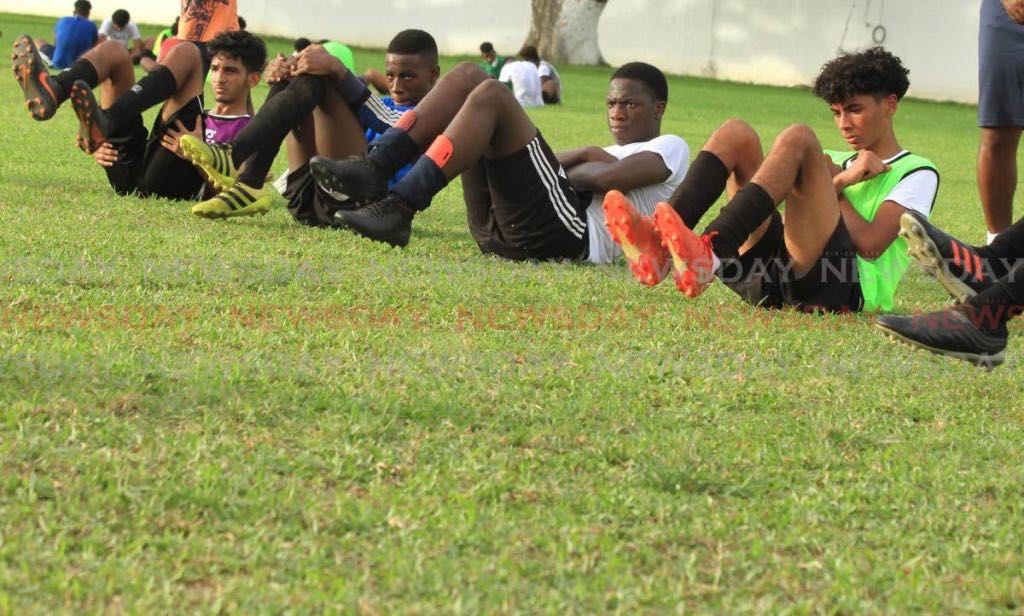 NO DECISION has been made regarding the state of the 2020 Secondary Schools Football League (SSFL), due to the covid19 pandemic.

The 2020-21 school year is set to begin on September 1, but the SSFL season remains up in the air.

However, players from St Mary’s College began training, on Monday, at the CIC Ground, St Clair.

Team coach Junior Maxwell said on Monday, “We’ve been having to wait and see what the Minister of Education (Anthony Garcia) and the Ministry of Health had to say before we could come out. “We had to follow (covid19) guidelines. Today was just the first blow-out for all the kids here.”

Members of the Under-14 and Under-16 divisions featured in Monday’s training session, as well as a few of the Championship division players.

“The majority of our (Championship) players would be sitting CXC in the next couple weeks and the rest of those guys will be sitting CAPE,” said Maxwell.

Maxwell is unsure whether the 2020 season will proceed as usual or if it may be truncated.

“We’re hearing rumours but we’re hopeful that, more than likely, it may go Premiership and Championship (divisions) but we’ll see how it goes,” said the CIC coach.

“At the end of the day, it’s a guess for everybody to know what’s going on but we’ll have to wait and see. What we will do at St Mary’s is get ourselves prepared for whatever comes our way.”