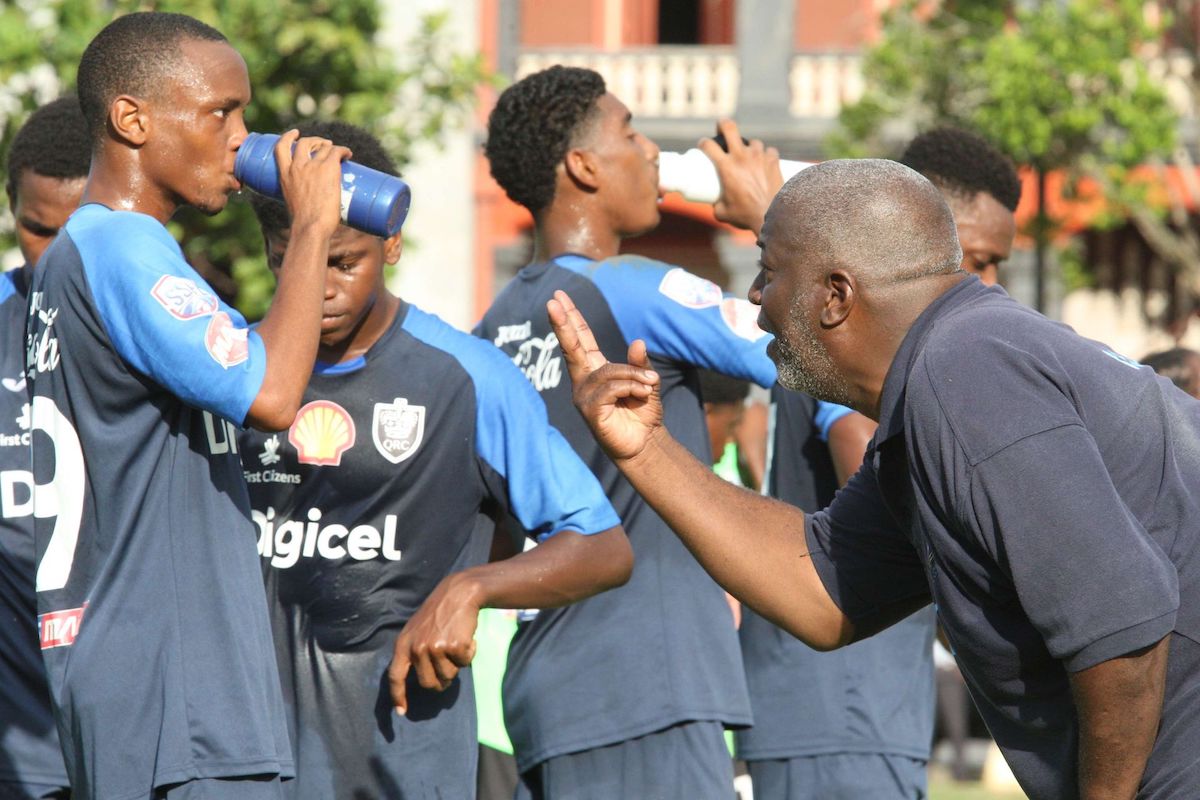 It is said that a good coach and good coaching can build will, skill, knowledge and capacity because it can go where no other professional development has gone before: into the intellect, behaviours, practices, beliefs, values and feelings of an educator and his or her students. You think I’m making this up? Ask any young student or footballer who passed through St Anthony’s College under the guidance of Nigel Grosvenor for just over the past two decades and they’ll tell you.

It was October 1997 and I had just settled into my first year of sports reporting for this newspaper. Former sports editor Valentino Singh took a chance with me. A youthful 16-year-old just out of CXC from the southland. It was my first Secondary School’s Football League (SSFL) and Intercol season. A few months later, I was also thrown deeper into the fire, covering the Craven A Semi-Pro League and the Caribbean Cup which was hosted by T&T in 1998. But one particular experience stood out for me from that period. The Queen’s Park Oval was near capacity filled for the 1997 National Intercol Final between underdogs St Anthony’s College and St Benedict’s College. Being a south boy I was naturally hoping for a win for the La Romaine Lions who had been flying all season under the coaching of Muhammad Isa and playmaker Kester “Blacks” Cornwall. But the boys from Westmoorings had other plans on the day and Grosvenor was the main architect behind it.

Young Carlos Edwards was in the squad that won the final 2-1 and the following day Singh sent me on an assignment to cover the celebrations at St Anthony’s. I was nervous not knowing what to expect plus inexperience at the time made it difficult for me to understand how it is the “underdogs” could triumph on the big stage. My first advice from Singh was to head directly to the Principal’s office, explain why I was there and figure out the rest on my own. So imagine me strutting into unknown territory with my Guardian notebook and a voice recorder. Mobile Phones weren’t yet popular. And up came the big figure of “Grovey” to meet me in the Principal’s office. From that moment, I was made to feel like I had been part of the “Tigers” camp all season. It was maybe one of the coolest experiences I’ve had in the company of a championship-winning side as “Grovey” made sure I obtained all the material that I had been in search of to put together my biggest story of the season.

From then on it was always pure joy every time we crossed paths. “Aye Shauny how thing’s man” was a greeting I had grown accustomed to and most times it would be a case of Grovey calling me out before I even saw him. We would later work on the same team when he was appointed head coach of the National Under-17 Youth Team and though the results were not favourable, it was far from an unpleasant experience with him at the helm.

Roughly two weeks ago, myself and Carlos Edwards started a Zoom interview reminiscing about his days under Grovey. He recalled that his college head coach was the reason he ended up in the Defence Force both as an officer and a player before joining Wrexham in Wales. “It was the week that we won the Intercol in ’97 and one morning I heard horns blaring outside around 5:30 and when I look out it was Grovey calling out and telling me to get my bags packed ... we heading down Tetron. He had mentioned it before but he was serious now and only Grovey could have gotten me to enter the Army. The rest is history because when I look back now I could understand what he saw in me and why he pushed me to go that route which eventually led to my break in the UK,” Edwards told me.

Malcolm Gladwell, the author of Outliers: The Story of Success (2008), calculates that it takes 10,000 hours of deliberate practice—a practice that promotes continuous improvement—to master a complex skill. This translates into about seven years for those working in schools. The majority of teachers and principals want professional development; they want to improve their craft, be more effective, implement new skills, and see students learn more. St Anthony’s College got that from Grosvenor.

A coach can foster conditions in which deep reflection and learning can take place, where a teacher can take risks to change his practice, where powerful conversations can take place and where growth is recognized and celebrated. Grovey performed both roles. He was in charge of a space where healing took place and where a resilient, joyful community was built in the west.

Coaches impact their players by teaching life skills in hopes of developing positive relationships. Grovey did that. Just ask any of his players from the likes of Kenwyne Jones, Jan Michael Williams, Brent Rahim, Julius James, Edwards and others. He established a positive athlete-coach relationship where it was understood that no relationship, whether on or off the playing field would blossom without communication and the relationship between the player and coach. The players of St Anthony's felt that their coach cared about them as a person and not just as a tool to win games and titles. Players are people first and effective coaches take the time for the young student as well as the player. And as a positive athlete-coach relationship develops, many athletes begin considering their coaches as role models. Grovey was that! Your time on this earth would be cherished for years to come. It was a pleasure sharing these moments with you Nigel Grosvenor.