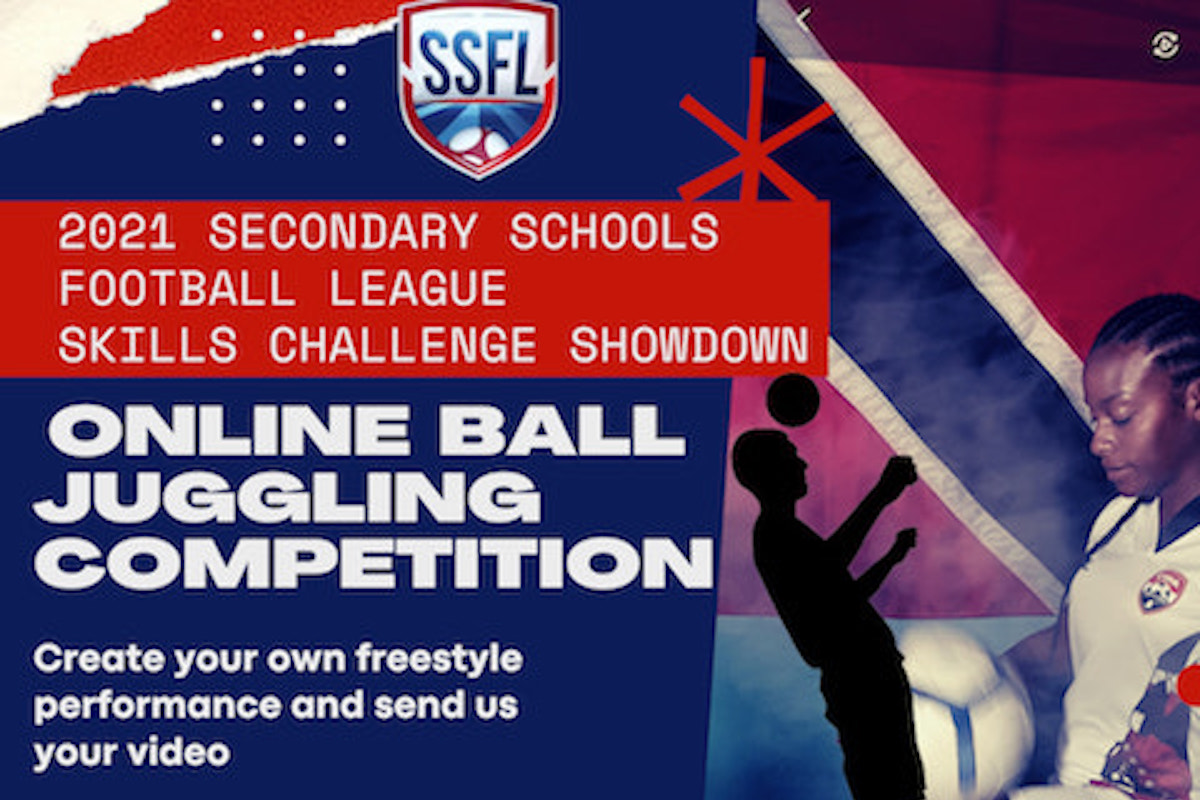 The Secondary Schools Football League (SSFL) has announced a ball-juggling competition as a replacement for the traditional on-the-field football competition from this year into next year.

New president Merere Gonzales during an online press conference on Thursday said attempts were made to have actual on-the-field play this year, but the global COVID-19 pandemic has had devastating effects on T&T, in particular, and the world at large.

The competition is expected to provide a form of competition for student/athletes wishing to pursue football scholarships and professional contracts and is expected to generate the same level of interest and excitement as the on-the-field play, Gonzales explained.

"We were trusting that we could have had the physical on-the-field football but the global impact of the pandemic continues to have that negative repercussion in the world and more so T&T, and as much as the Secondary Schools' Football League would have put in place all the necessary safety protocols, we still needed to get the sanction and permission of the relevant authority to have on-the-field football.

"In light of that, we have some other activities, and on the front burner, we have the ball juggling competition. We are very concerned for the student-athletes in particular.

"It is actually the second season that we have been unable to have one, which is no fault of ours, but we feel very much able to create, implement and provide that platform for the student-athletes to still be interested in the game they love so much, and in this case football."

According to the SSFL boss: "For some, they will be working towards utilising any form of event or activity to add to their resumes, in the event that those who are pursuing football scholarships or football contract. Having said that, providing this ball juggling showdown is still keeping them engaged and involved."

A few other activities to engage the student-athletes will be revealed in the coming weeks, Gonzales said, as he tries to deliver on previous promises made after assuming office.

Registration for the ball juggling competition will be free of charge but participants will be required to return their registration forms by the deadline date of December 3, 2021.

Forms will be made available from Friday. Gonzales also announced that T&T Women's football captain Karyn Forbes will be one of five judges for the competition.

Participants of the ball juggling competition will be required to supply video presentations following the rules and regulations, which include being fully dressed in the school's uniform, juggling done on a football field, show the size of the ball used (size 5), bouncing ball before juggling is done, and juggling must be done with different parts of the body, among many other rules.