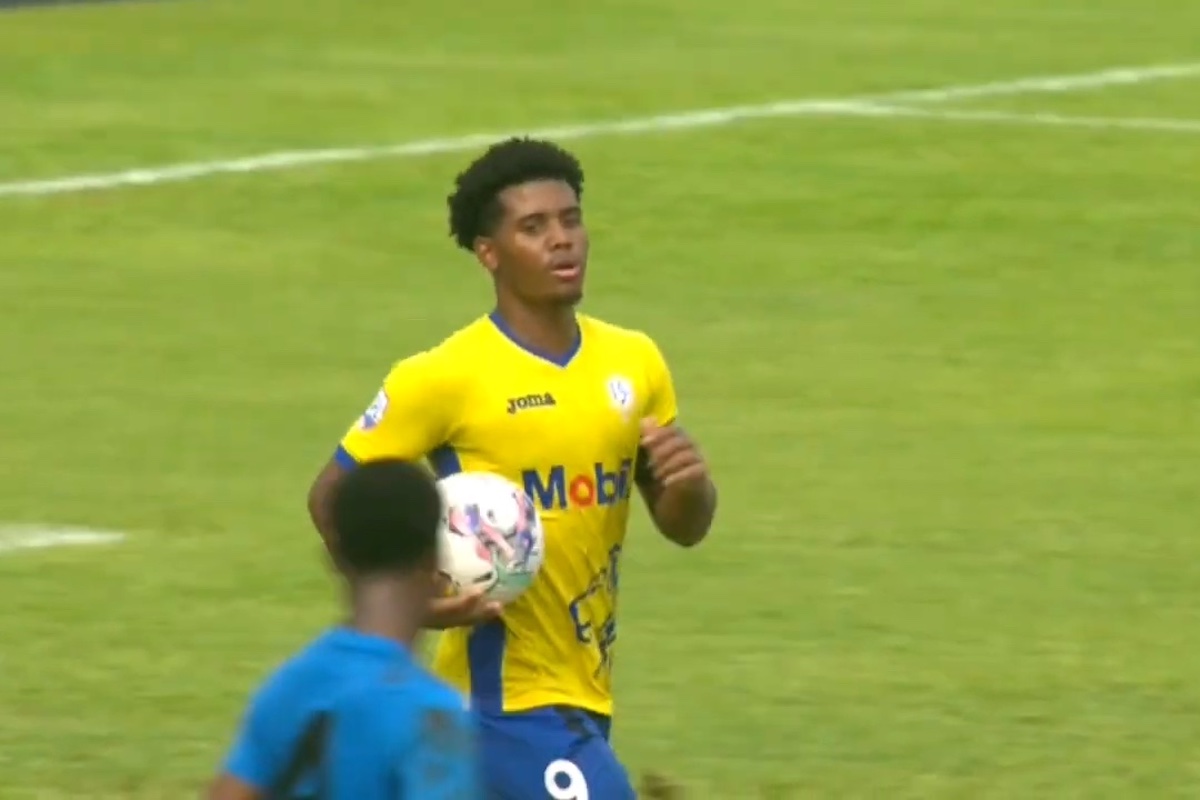 Presentation College San Fernando got a second victory of the Tigers Tanks Secondary Schools Football League (SSFL) season when rallying from a goal down to beat Malick Secondary 3-1 in a Group B match yesterday at the Ato Boldon stadium, Couva.

Following a first half which saw Malick lead and Pres pull level through a fortuitous penalty, the South giants took over as Malick waned in the second half
Having won 1-0 over Carapichaima East Secondary in mid-week, “Pres” conceded their first goal, with Malick skipper Lendelle Baptiste shooting from distance and finding the far corner with a bouncing, deflected shot in the opening minute.

Malick employed a full press which successfully disrupted most of Presentation’s effort to go forward, and it was only from the penalty spot that the boys were able to pull level. Adah Barclay converted in the 30th minute after referee Cecile Hinds pointed to the penalty spot - a decision which seemed hard given the defender was hit at point -blank range and high up on the arm.

Presentation grew stronger in the second half, as Malick grew tired and could no longer keep up their intensity. Hard-running skipper Caleb Boyce scored twice for Presentation to put the game to bed.

Boyce put Pres ahead at 2-1 with a solo run, when cutting inside the penalty area before beating the Malick goalkeeper Mandell Huskerson with a low shot. Boyce was also first to the rebound which he put in from close-up, after Huskerson parried Isaiah Jacob’s initial shot into his path.

Having beaten Chaguanas North Secondary 4-1 on Wednesday, Malick will reboot and prepare for their next match.

Malick coach Anthony Bartholomew admitted his players were not yet fully fit but was still unconvinced about the legitimacy of the penalty awarded by Hinds.

“It’s not the ball hit him there. It’s the player feet which hit him there. That caused this penalty and made a big change in the game,” Bartholomew insisted.

“I’m pleased with the three points but not with the performance. What I have learned is we can come back from an early setback.”

In the second match at the Ato Boldon, St Benedict’s College were rampant, winning 8-0 to get their first win of the season, with Tarik Lee and Jaden Brown scoring doubles.

On Wednesday, Benedict’s drew 1-1 with Fatima College, and yesterday, Fatima also got an important win at home, Khiba Romany, clinching an injury-time winner as the home side squeezed past defending champions Naparima College 2-1.