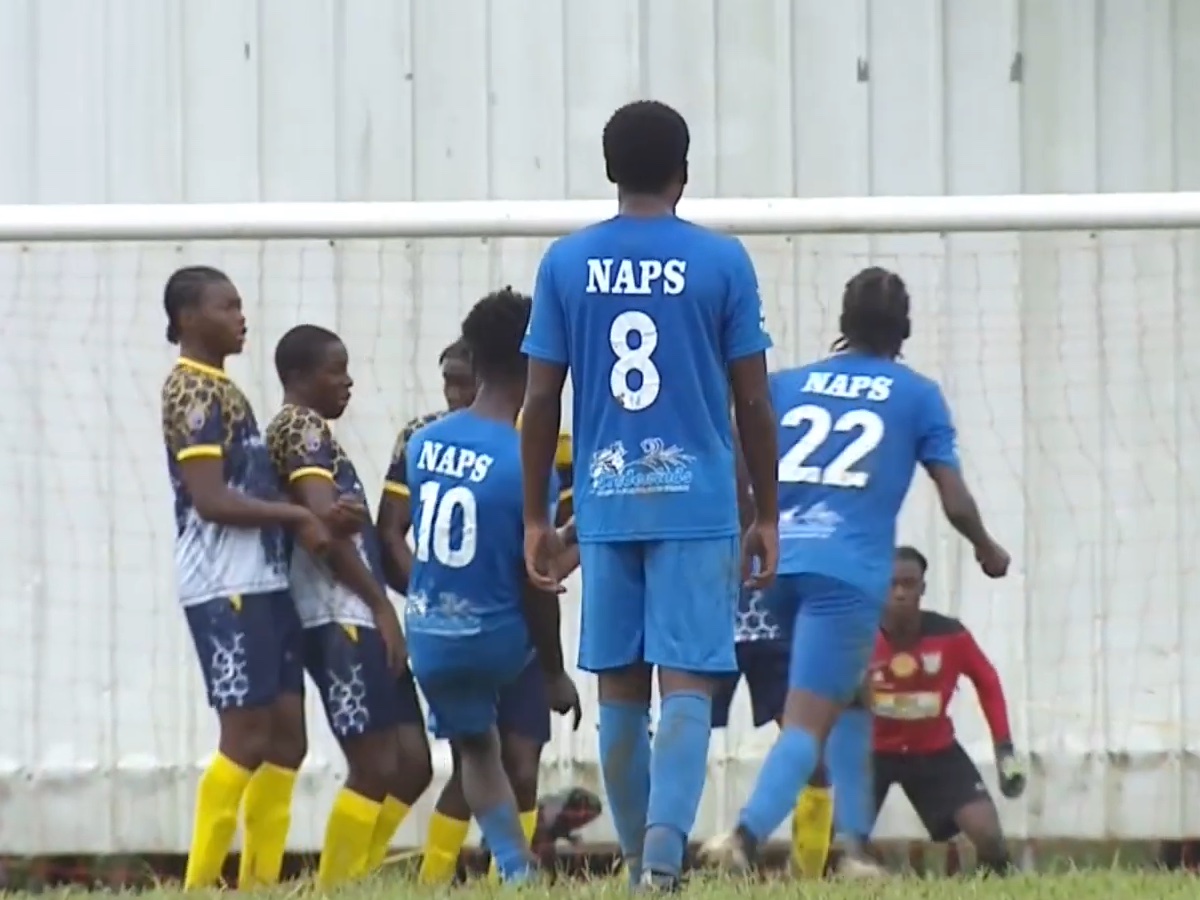 PRODIGAL sons of the Secondary Schools Football League (SSFL) Premiership, Fatima College, continued to open the eyes of schoolboy football supporters across the nation as they added to their impressive start to the season with a bulldozing 5-0 victory against Pleasantville Secondary at Fatima College Ground, Port-of-Spain on Monday evening.

The school from the capital were relegated from the Premiership in 2018 and earned promotion back to the SSFL top flight a year later.

Having been unable to play in the league for two years due to the covid19 pandemic, Fatima have returned with a winning mentality, now four games without a loss and are currently standing on ten points, leading second-placed St Benedict’s by a +2 goal difference.

Fatima have now become the dark horses this season and every team in the league will be keeping a close eye on the league’s new boys and their goal threat of Chaim Williams and Khiba Romany.

Naps, after beginning the season on a high; beating St Augustine 9-1 on opening day, were halted by Fatima on September 17. This loss ended their three-and-three-quarter season unbeaten run of 29 games in the league.

The champions sought to bounce back against Pleasantville Secondary at home last Wednesday and were leading 2-0 at half-time, but that game was abandoned and then postponed at the interval due to rain and bad pitch conditions.

However, Naparima returned to action in style as they dazzled their home supporters with a goal rush at ‘Naps’ Ground. Speyside, who have been impressive this season, were unable to stamp their authority on Travis Mulraine’s men. Kanye Francis (two goals), Nathaniel O’Garro (two goals), Jabari Forbes, Omari Campbell and Israel Joseph all netted to propel the champions to their second hammering victory of the season.

Title chasers, St Benedict’s College, kept the pressure on Fatima at the summit by winning the Battle of the Saints, comfortably beating St Anthony’s College 3-0 away from home. A brace from Tarik Lee and Nesean Alexander’s clinical finish earned this season’s favourites another three points.

Carapichaima East Secondary rounded off the day’s proceedings, earning their first win of the season against St Augustine. ‘Caps’ recovered from a bad run form in their first three games and mauled the ‘Green Machine’ 5-2 at their home ground.

The next round of Group A fixtures will be played on October 5 and will showcase the greatly anticipated fixture between St Benedict’s and Naparima (Lewis Street, 4pm), Carapichaima East vs St Anthony’s (Ato Boldon, 4pm), Speyside vs Pleasantville (Speyside High School Ground, 4pm) and St Augustine vs Fatima (St Augustine, 4pm).