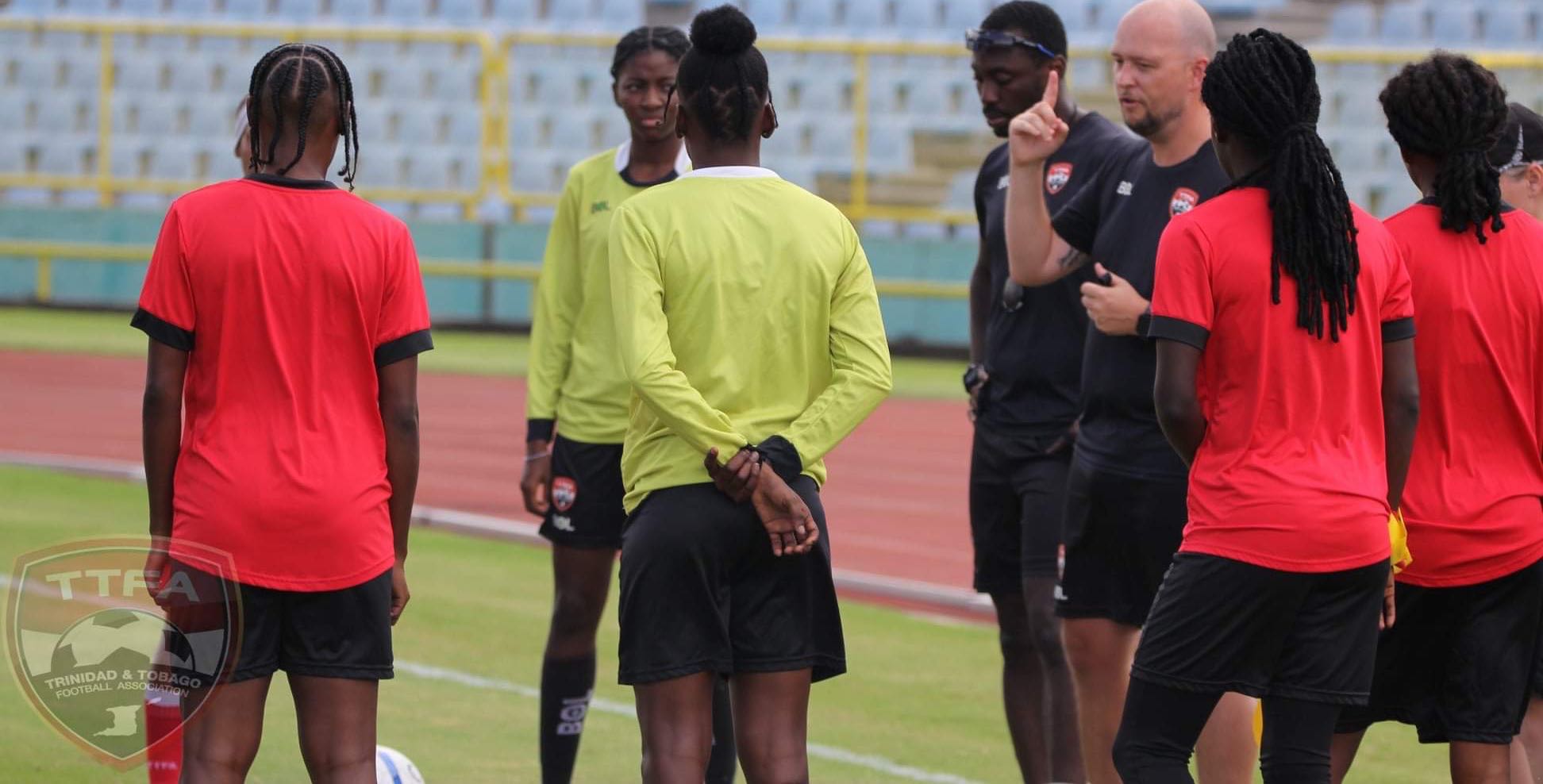 T&T women's footballers have been drawn in Group F of the Concacaf FIFA World Cup Qualifiers along with Guyana, Nicaragua, Dominica and the Turks and Caicos Islands. They will open at home against Nicaragua.

The group is one of six groups of five teams chosen from teams ranked third and under in the FIFA Women's rankings as of July 2021, for the 30 Concacaf Member Associations. Action will take place during the FIFA Women’s Match Windows of November 2021 and April 2022, and will serve as the preliminary round of the 2022 Concacaf W Championship.

At an official draw on Saturday, it was decided that the road to a revamped 2022 Concacaf World Championship will take place among the 30 teams in the CONCACAF, and the group winners will advance for an opportunity to qualify for the Women's World Cup in Australia and New Zealand in 2023, as well as the 2024 Olympic Games in Paris France and the Women's Gold Cup that same year.

National coach, Welshman James Thomas began training about a month ago and will be expected to be among the top team in his group. After being joined by his staff a few weeks ago, the coach will host the media in a Zoom meeting on Sunday to explain how he feels about the group he has been drawn in.

It revealed: " After group stage play, where each nation will play two matches at home and two matches away, the top finisher in each of the groups will advance to the CONCACAF W Championship, joining the top two ranked CONCACAF nations (USA and Canada) who have received a bye straight to the W Championship."

It noted that as announced on Thursday last (August 19), the revamped 2022 CONCACAF W Championship is one of the two new major women’s summer competitions taking place from 2021 through 2024. This important tournament will serve as the Confederation’s Qualifier to the FIFA Women’s World Cup Australia and New Zealand 2023 and the 2024 Paris Summer Olympic Games.

In total, eight teams will participate in the 2022 CONCACAF W Championship, including the USA and Canada, and the six CONCACAF W Qualifiers group winners. After Group Stage play, the top two finishers in each group will qualify for the competition’s semifinals and guarantee their place in the FIFA Women’s World Cup Australia and New Zealand 2023.

Additionally, both Group Stage third place finishers will advance to a FIFA Women’s World Cup intercontinental play-off. At the conclusion of the event, the winning nation will guarantee its place in the 2024 Paris Summer Olympic Games Women’s Football Tournament and the 2024 Concacaf W Gold Cup.

The runner-up and the third place will also progress to a Concacaf Olympic play-in to be played in September of 2023. The winner of the play-in will also guarantee their place in the 2024 Paris Summer Olympic Games and the 2024 W Gold Cup.

HEAD coach of the Trinidad and Tobago's women’s senior football team James Thomas said the responsibility of bringing smiles back to T&T football fans by delivering quality performances is one they take seriously.

Thomas, hired in April, has three months to prepare the national team for the 2022 Concacaf Women’s Championship qualifiers which kick off in November.

T&T were drawn in Group F alongside Guyana, Nicaragua, Dominica and Turks and Caicos Islands. Matches will be played in November 2021 and April 2022.

Thirty teams were drawn into six groups of five. Each team will play two home and two away matches in a single round-robin format. The six group winners will advance to the final Concacaf tournament.

The Concacaf tournament will serve as the qualifiers for the 2023 FIFA Women’s World Cup in Australia and New Zealand and for the 2024 Paris Olympics.

“Success is so important and it’s something that again as I said every day we are fighting for…players really want it and so do the staff and everybody around that are supporting us,” Thomas told journalists on Sunday during a Zoom session.

T&T football reached one of its lowest points in history earlier this year when the T&T men’s football senior team were knocked out in the first round of the FIFA 2022 World Cup qualifiers.

In June, T&T drew 0-0 with Bahamas and were eliminated. Bahamas at the time were ranked 201st in the world.

Thomas said the challenge ahead is one they will embrace. “I think it is absolutely vital to put a smile on the faces of the fans because as you said there has been kind of a rough time recently. I think it is important that we now are the ones that need to carry that burden because it is, but it is a good burden to have because it gives us hopefully some support.”

Thomas, who is aware that we are still in a pandemic, said it will be exciting to play at home in front of fans.

“It is a huge responsibility that we carry everyday and every decision that I make and everything that I do is about that, is about making this team as successful as we possibly can.”

Thomas, who is from Wales, believes T&T have been placed in a favourable group.

“It is a pleasing draw. There are certainly a couple teams in there that would have made the group slighter tougher I suppose, but at the end of the day international football is tough. To win a game in international football you need to be fully on our game. I am happy with the draw, but to be honest the thing I am the happiest about is that the draw is now done and we now have a focal point in terms of these four teams that we have to create the game plan to beat each (one) accordingly.”

Thomas is targeting two camps ahead of the qualifiers with the first one starting in September and another in October.

The draw pits the T&T women in Group F alongside Dominica, Guyana, the Turks and Caicos Islands and Nicaragua, needing to top the group to advance.

Thomas who began training with the team about a month ago, held a virtual session with members of the media on Sunday afternoon, saying he can now focus on the teams he has to prepare for.

"The draw is something I've been building towards since I've been appointed. We were eagerly awaiting it. It's a very pleasing draw. There are certainly a couple of teams in there that would have made the group slightly tougher, I suppose, but at the end of the day international football is tough. To win a game in international football, you need to be fully on your game."

Thomas has 49 players currently in his training squad and a number of other potential players who have never played for the country at his disposal. They are to begin the qualifiers in November during the FIFA Women’s Match Windows of November 2021 and then in April 2022, which will also serve as the preliminary round of the 2022 CONCACAF W Championship. T&T is scheduled to begin at home against Nicaragua.

Thomas is scheduled to hold two camps in September and October and is attempting to secure two international friendly matches ahead of the start of competition.

He added: "In terms of the individual teams, for me, they are opponents whether they are first in the world rankings or 145th in the world, it makes no difference to how we will approach the preparation for these games."