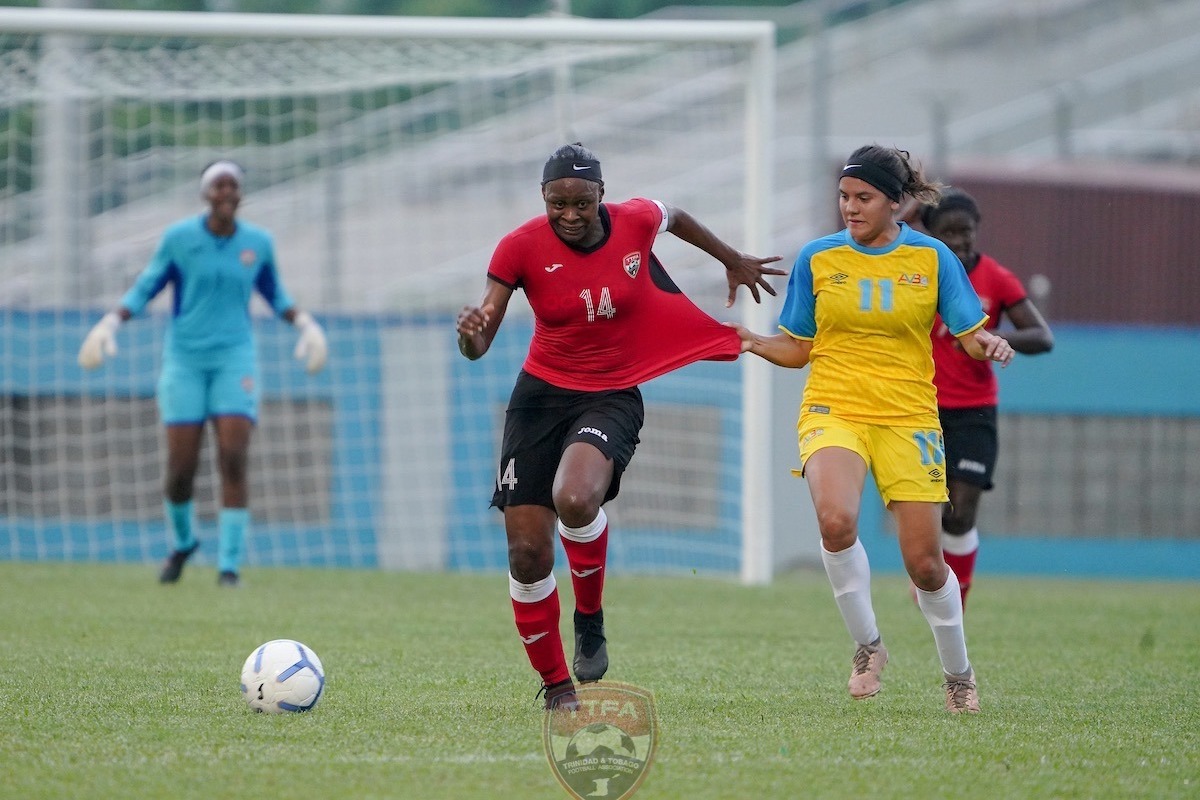 The decision of Concacaf to introduce new international competitions for women’s national teams, the Concacaf W Championship in 2022 and the first W Gold Cup in 2024, is being welcomed with open arms around the region.

That includes Trinidad and Tobago, where DF and Captain Karyn Forbes is already eagerly anticipating the opportunity to have a chance to qualify for a first ever W Gold Cup.

“My sister [GK Kimika], who plays for Trinidad and Tobago as well, we were having a discussion when the men were playing in the Gold Cup and we said, ‘We should get to be able to play at least in the Gold Cup as well and get more playing time.’ When we saw that came to pass, it was really exciting because now we have so much more to look forward to and the women’s game is growing,” said Forbes in an exclusive interview with Concacaf.com.

“It will also be an opportunity for players to be seen on the world’s stage for contracts and stuff like that, so it is awesome,” added Forbes.

That reaction was shared by her international teammates, who are already getting themselves ready for the start of W Championship Qualifying in November.

“Right now, we are training for the qualifiers, so everyone is really pumped and really excited about more football opportunities, because in our country right now we aren’t playing much football competitively. Having this as an avenue so we can play qualifiers and then for Gold Cup is awesome, because you know you will be active for a very long time, playing and staying in shape,” said Forbes.

For W Championship Qualifying, Trinidad and Tobago were drawn into Group F where they will face Guyana, Nicaragua, Dominica and Turks and Caicos Islands.

Forbes says that the Soca Warriors will need a strong mentality in every one of the four matches to emerge as the group winner.

“We have to approach each game as if we are playing the number one team. At the end of the day, football is played on the day and our preparation will determine how we compete against each team that we play in this group. We cannot underestimate anyone, because in the Caribbean, all of these teams are improving, so we ought to approach this game as if we are in the final.

“Our Head Coach James Thomas has really risen the level and the mentality. We are focused on the first game and what we have to do: We have to score goals and do what we have to do in order to win the game, but not underestimating anyone,” said Forbes.

Forbes adds that qualifying for the 2022 Concacaf W Championship and the 2024 W Gold Cup would also help serve as a catalyst for growth in the women’s game in Trinidad and Tobago.

“Right now, our country needs that victory for our women’s game in Trinidad and Tobago. This team is like a pilot team to try to push the level of our football, so we are going to be training hard and we are ready to play the first game against Nicaragua.

“It would be fantastic to qualify because our governing body would then have the leverage to develop women’s football even more and push more money into it. By us doing well, it will help bring finances and we could develop more players and get more preparation. We see this as an opportunity to bring that pride into our football, because we really need the push now,” said Forbes.

On a personal level, knowing that she could be the one to inspire future generations of women’s footballers in Trinidad and Tobago is hugely significant for Forbes.

“It’s fantastic. I played with the national team since I was 13 and I’m 29 now. It is always an honor to put on the Red, White and Black. I always try to be professional in everything that I do, because I want these young girls to see that there is so much opportunity opening up out there.

“When I went to play in Iceland in 2019, I realized that there are so many other leagues out there in which girls from Trinidad and Tobago could be seen. I am from Trinidad and Tobago and so I see the talent that we have, but I think so many of our girls settle, so I think we need to get out of that. Being an inspiration for them by going out and playing and showing them that you can do it, too, is such a good thing for me,” concluded Forbes.