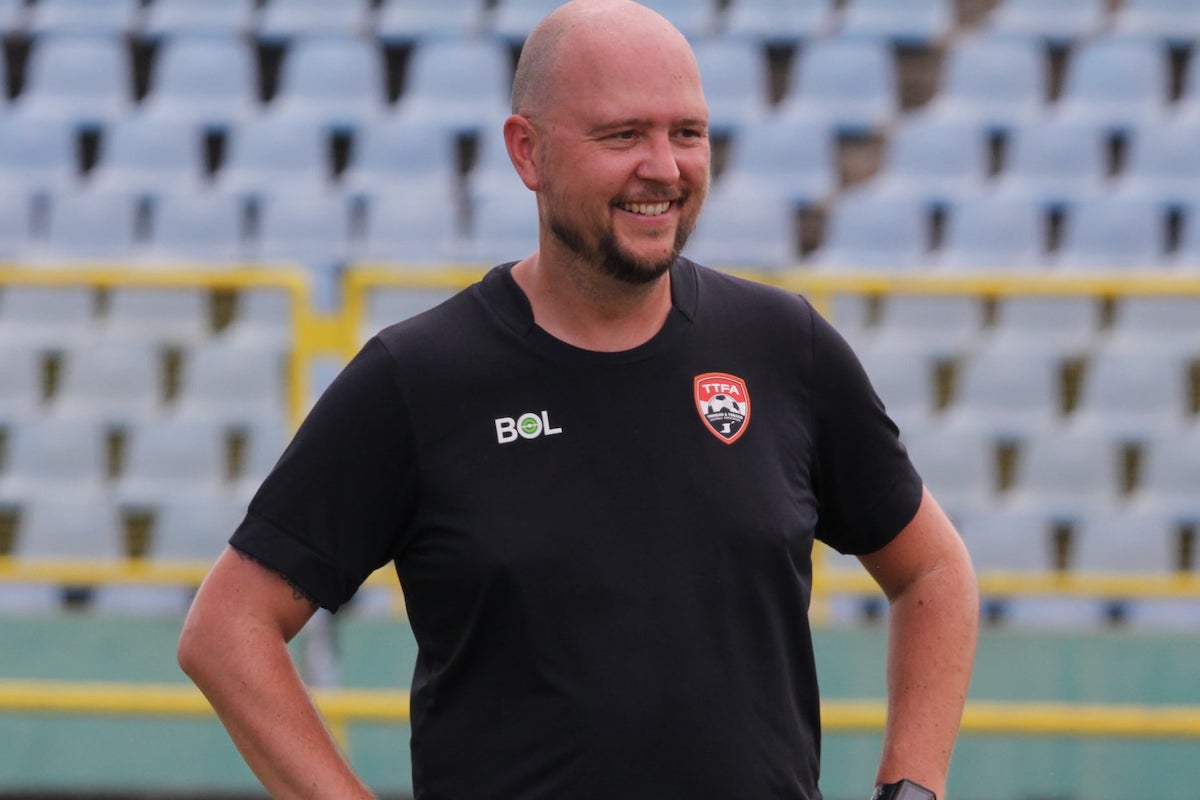 Without playing a single match, recently hired Welsh coach James Thomas has quit the Trinidad and Tobago senior national women’s team and is heading to England to take up another job.

And Unified Football Coaches of Trinidad and Tobago (UFCTT) president Jefferson George is hoping that the normalisation committee running the Trinidad and Tobago Football Association undergoes a more thorough and transparent process when selecting Thomas’ replacement. George said the best procedure must be done, to select the best qualified person for the job.

“Our issue was never whether local or foreign,” George said.

He stated that “a fair, a balanced, and an open process” would entail multiple persons applying for the job and a technical committee selecting the person that best suits what T&T need.

“I can’t walk away from mine until it has ended or unless the club fails to satisfy terms of the contract. So he is a lucky guy....or the contract was foolishly drafted,” Sheppard replied via Whatsapp.

Having previously been attached to the Wales women’s programme mainly as an analyst, Thomas arrived in T&T in mid-June to take up official duty. Following a period of quarantine, he began work with a provisional squad list of locally based senior team players in mid-July and was due to have his first assignment against Nicaragua in a CONCACAF Women’s World Cup qualifier on November 24.

However, yesterday, the local FA stated by media release: “...Senior women’s national team head coach James Thomas has resigned to take up a role at a club in the professional women’s league in the UK. The move, which will be formally confirmed by the club later this week, will see Thomas accept a multi-year contract.

“While the TTFA is disappointed to lose Thomas, we thank him for the work he has done with the senior women’s programme and we will be building on that foundation into our CONCACAF W Qualifying campaign which begins in November 2021.”

The TTFA also reported that assistant coach Charlie Mitchell will take over temporarily while another head coach is sought. The national women’s team has been inactive since October 2019, when drawing goalless with the Dominican Republic in an Olympic qualifier under former coach Stephen De Four.

“Senior women’s national team assistant coach Charlie Mitchell will run the team’s training sessions while the TTFA explores its options to appoint a head coach to lead the team into the October 2021 International Women’s football window, the CONCACAF W Qualifiers versus Nicaragua on the 25th November 2021 and Dominica on 28th November 2021,” stated the TTFA.

According to the Association, Thomas turned down multiple approaches from the UK based club over the last few weeks; however, their latest offer proved too good for the Welshman to refuse.

“This has been an incredibly tough decision to make. It’s disappointing because you have a fantastic group of players here,” said Thomas via the TTFA release. “This is an opportunity that came up for the third time and it was too difficult to turn down again.

“Stepping away, I know the Trinidad and Tobago team will go on and be successful and continue on the route that we have been working on over the last few months. I wish the normalisation committee, Association’s staff, the team staff and the players the absolute best.“

The TTFA also confirmed that the senior women’s will play two friendly international matches in the October 2021 window at the Ato Boldon Stadium after receiving permission from the Ministry of Health to stage the games. These friendlies will provide welcome match preparation for the team in the build-up to the November Qualifiers.