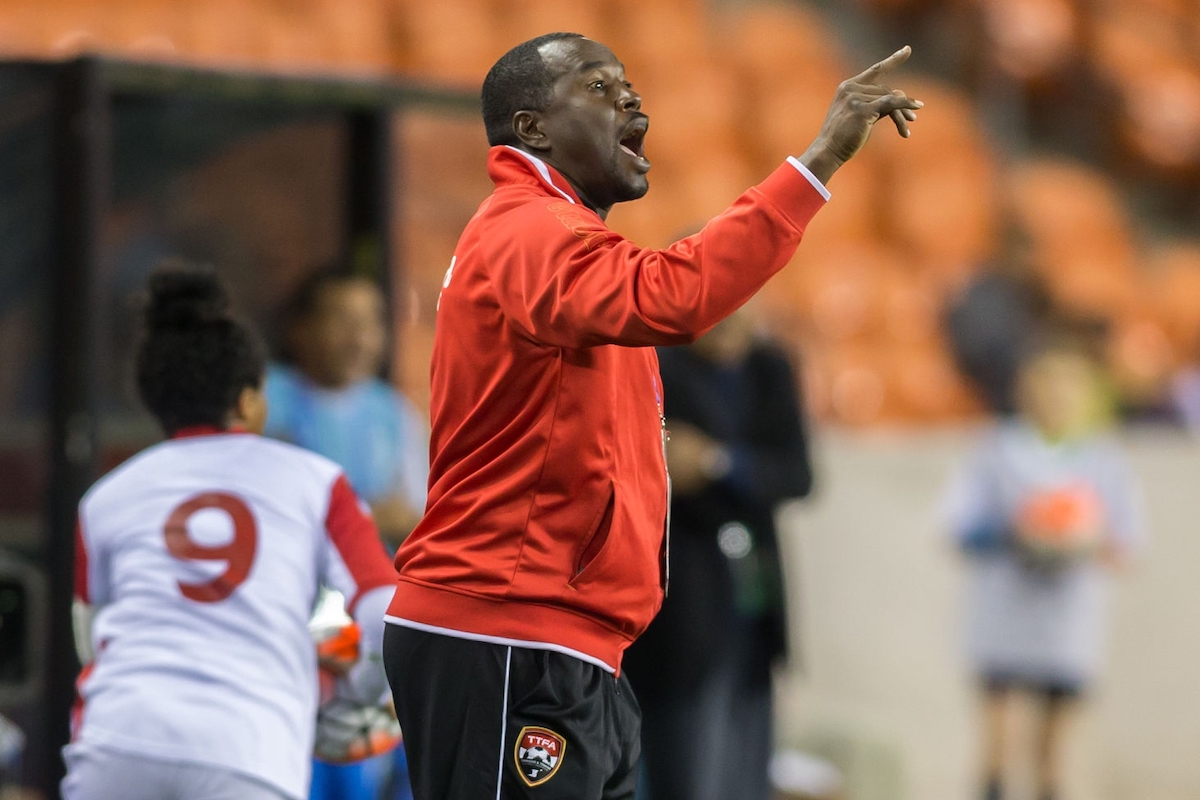 RICHARD HOOD felt so disenfranchised following the process that appointed James Thomas as Trini­dad and Tobago senior women’s national team coach in June that he is undecided whether to declare his candidacy as a replacement for the Welshman, who quit five months into the job, and is headed to a club in England’s Women’s Super League.

The news that the Trinidad and Tobago Football Association (TTFA) is on the lookout for a new coach—with CONCACAF World Cup qualifying due to start next month—has not excited former national senior and Under-20 women’s coach Hood.

He is unsure if he will apply for the job.

“I am not ruling out the possibility, but it is not at the top of my mind at this time,” Hood told the Express yesterday.

“The whole experience has left a rather bitter taste in my mouth.”

When Thomas came out top of 195 candidates for the T&T head coach position, it was later revealed that Hood and another local coach, former senior national midfielder Dernell Mascall, would fill the assistant coaches’ position—a way of benefiting from the presumed experience Thomas had. But following objection from the Unified Football Coaches of Trinidad and Tobago (UFCTT) to the process which the TTFA took to appoint Hood and Mascall as Thomas’ two assistants, the FA decided to redo the process.

On paper, Hood had even more experience than Thomas, who was never a head coach and served mainly as a performance analyst and development coach with the Wales FA. Hood is the long-time coach of the Police FC men’s Pro League team, has coached the senior national women, and led the Under-20 women to a quarter-final spot at the 2019 CONCACAF Under-20 Championship.

The TTFA later announced that inexperienced Welshman Charlie Mitchell was appointed as Thomas’s assistant. The TTFA also announced that past T&T women’s footballers would benefit from the work of the British duo, via a yet-to-be-explained process. Hood and Mascall were no longer considered.

“Before they decided to go the way of an interview process, I was offered the job and I accepted the job of the assistant coach, and then they changed the process for whatever reason,” stated Hood.

“Based on my record with the national team, I should have been the obvious candidate,” stated Hood, of at least the assistant coach position.

With Thomas’ sudden departure, his assistant Mitchell is now holding on as interim head coach. Like Thomas, Mitchell also worked at the Welsh FA as a performance analyst. He has never held a head coach position and has served only as assistant coach in Cyprus and lately T&T over the last month.

“I don’t believe that I was eliminated based on my resume, “ Hood continued, “I felt the head coach (Thomas) wanted his compatriot (Mitchell) to do the job with him, and I think that was the decision they (TTFA) took based on the urging of the head coach.”

Hood said he did not have a problem with the TTFA redoing the process via the interview process. But between being appointed assistant coach and then having the offer rescinded, Hood said the most distasteful part was his treatment by the TTFA’s interviewing panel.

“I myself went through an interview for about two and a half hours and I felt from feedback from the interviewing panel that I had a good interview,” he said. “Then I heard nothing from the panel, nothing from anybody in the TTFA, until I read in the (news)paper that basically they had hired someone else. From that point of view, I felt a bit disenfranchised,” he said.

“It was a rigorous interview,” Hood stressed. “At the end of it, we were told that we would be contacted by the following week and then you hear absolutely nothing. So, the communication aspect of it needs to improve.”