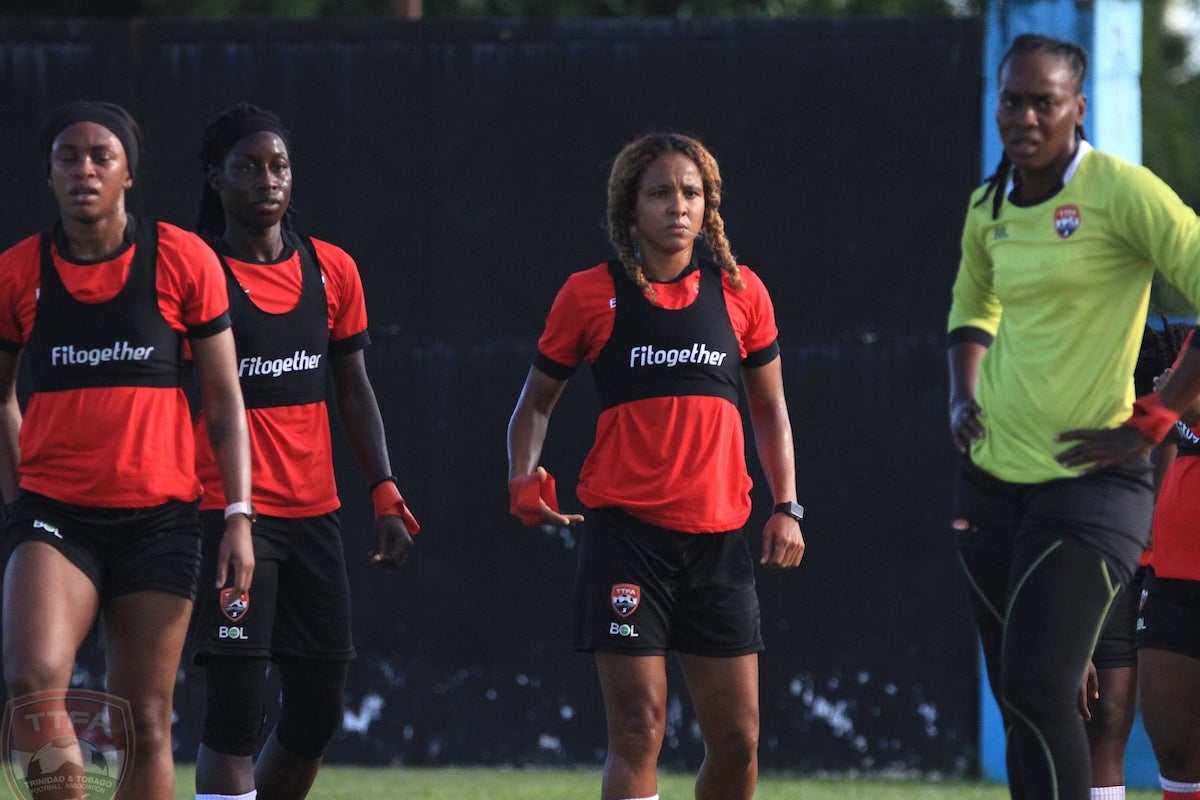 KENWYNE JONES thinks his role as interim head coach is to bring stability to the national women’s team following a recent period of trauma within the programme.

Speaking during an online press briefing yesterday, the former Trinidad and Tobago men’s captain acknowledged that there has been upheaval within the team. But he thought those events could motivate and even strengthen the players.

“Obviously the trauma of the former head coach leaving so abruptly, also the other former coach being here for such a short period, I think it would have traumatised the team and the staff,” Jones said. “But the good thing about it is that a decision was made pretty swiftly in order to bring stability to the set-up.”.

Konstin himself had been appointed to the interim role on October 10. Konstin coached Trinidad and Tobago men’s futsal team at the 2021 CONCACAF Futsal Championships in May, but his credentials as a 11-a-side coach were questioned by many, including the Unified Football Coaches of Trinidad and Tobago (UFCTT), who called his appointment a “joke”.

Konstin had been the NC’s short-term solution following the abrupt resignation of Welshman James Thomas, who quit a month before the originally scheduled November CONCACAF World Cup qualifiers. Thomas had been appointed five months earlier and had never been in charge of a single competitive match. He returned to his former employer, Bristol City, to take up a role as development coach at the second division English women’s club.

A UEFA A-licence holder, Jones, 37, revealed that his short contract ends on November 30, during which time he will be in charge of the international friendly matches against Panama tomorrow and Monday at the Ato Boldon Stadium, Couva.

He will be supported by assistant coach Charlie Mitchell and the current staff. Having previously played in the EPL, Saudi Arabia and the USA, Jones has also had some previous coaching experience as an assistant to Stern John with the national Under-17 team and to the late Nigel Grosvenor at Queen’s Royal College.

“I know it’s been a rocky week or two for the staff, the players of the team, but the intention now is to bring that stability at this present time and help the team to be able to perform to its best ability,” he said.

Jones revealed that he had been in communication with both former head coach Thomas and his assistant Charlie Mitchell since their arrival in T&T, and had also been around the training sessions “for quite some time” prior to being appointed.

During the next month, he hopes to get the women’s programme back on track, leading to the CONCACAF qualifiers which have now been postponed to January 2022.

“My contract is until the 30th of November. Definitely, we will keep the core of the squad in training and if it presents an opportunity during the next window to have a game or two, will definitely be looking at that,” Jones revealed. “Whether I am able to be here after that period or not, the team still has to continue its preparations looking into the qualifiers coming up early next year.”

Jones also thought that his being familiar with most of the players on the national women’s team was a great plus.

“It’s just about being able to assist the staff on building on the foundation they would have had from the last few months already, and as far as I can see, and as far as I know, they’ve done a fantastic job so far and all we can do is continue to add and build on that,” he added.

Jones’ first duty was to announce the team for the upcoming internationals, against Panama. Among the players named was veteran striker Kennya “YaYa” Cordner, who has not been on the national team since refusing to play in a 2018 World Cup qualifier against the USA.