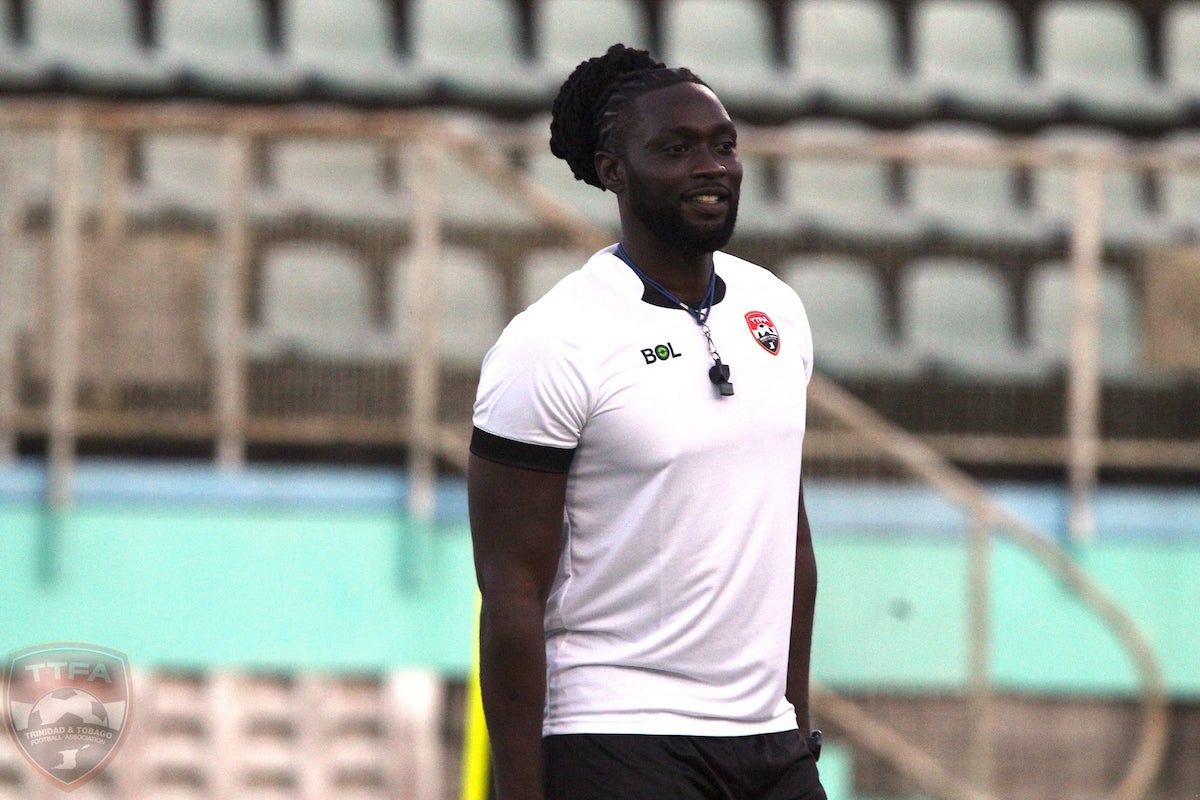 Jones was appointed interim coach on Monday and leads the Women Warriors into their first official match in just over two years, against Panama in two international friendlies at the Ato Boldon Stadium in Couva on Thursday and Monday.

The 37-year-old recently received his UEFA A and UEFA B licences and will coach the team until November 30.

Jones replaced Constantine Konstin, who was installed as T&T’s interim coach eight days ago but stepped down owing to personal reasons on Sunday.

Ironically, Konstin’s appointment came on the heels of Welshman James Thomas ditching the team for an assistant coach position in the English women’s pro league.

Thomas resigned on October 6 and served as national women’s coach for just five months without playing a game.

Konstin however, previously served as T&T men’s futsal team coach for the Concacaf Futsal Championships in Guatemala in May. When he was appointed national women’s coach, UFCTT issued a statement calling his selection “absurd” and hit out at the normalisation committee (NC) for “improper technical decisions”.

With Jones now at the helm of women’s football, George believes the ex-national striker has the knowledge and experience to help guide the team in the right direction.

“We will do all we can to support him and we wish him all the best.

“I think he possesses enough quality to make an impact.

“He led the men’s team for quite some time, played successfully in the English Premiership and this current generation of footballers recognises him as one of our most recognisable players.

“Once he gets good results we’re hoping that would open the door for the normalisation committee to begin to see that local coaches can do the job,” George said.

After the two recent coaching snubs by Thomas and Konstin, George said he still has no issue with the hiring of foreign coaches but added that there are several local coaches with similar certification ready to answer the call to serve in a coaching capacity.

Since Jones ended his pro playing career in 2017, he did some coaching with Queen’s Royal College and the T&T Under-17 team as an assistant coach.

George added, “I think that there is some talent there (on the team) and if he (Jones) does well, it opens the way for other local coaches.

“We have no issues with them bringing a foreign coach but it must be a coach who would be able to add something to our football, (who) the local coaches can learn from and create the possibility to gather education from that person.

“Don’t bring someone who their only justification seems to be because they’re not from T&T. That is disrespectful.”

Heading into the Panama friendly double-header, George said it would impossible to judge Jones’ work with the team based on his recent appointment.

The Women Warriors held three training sessions with Jones prior to the opening match.

These two matches will serve as warm-ups ahead of the February 2022 Concacaf women’s qualifiers.

Their last official competitive game was back in October 2019 where they drew 0-0 against the Dominican Republic in Concacaf Women’s qualifying.

George said, “It’s a tough task for him going into his first official game on Thursday.

That is going to be challenging. Not just with the lack of experience but the lack of time to put together the team properly.”

Both friendlies kick off at 3.30pm.

Experienced T&T women’s footballer Kennya Cordner has also been named on a squad of 23 for both matches.

Other senior players announced to the team are former captain Maylee Attin-Johnson, Lauryn Hutchinson and the Forbes sisters – Kimika and Karyn.