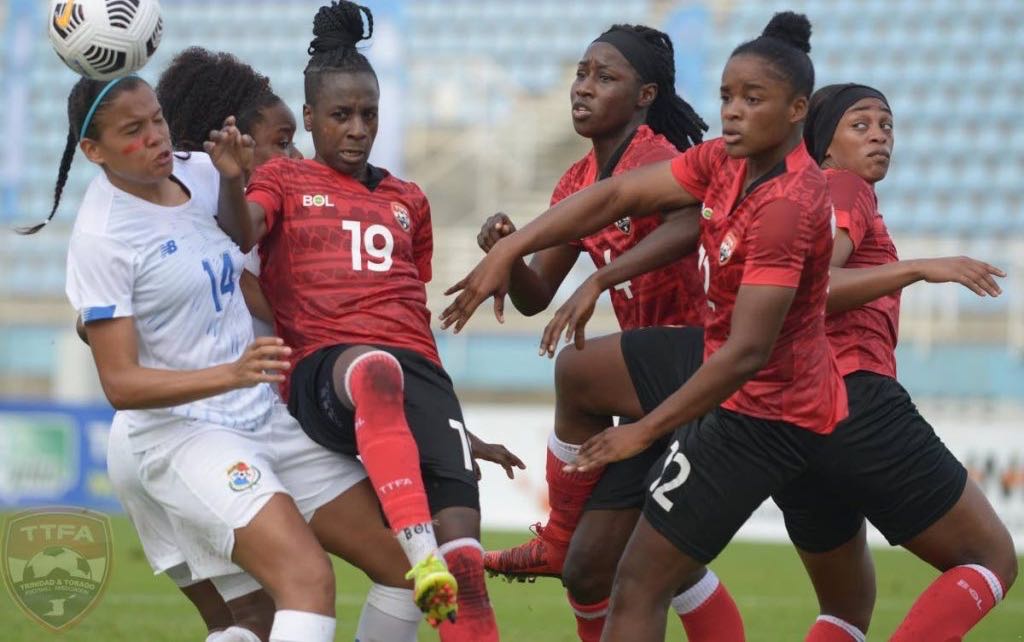 VETERAN Trinidad and Tobago women’s team striker Kennya “Ya Ya” Cordner is eager to learn from former men’s team forward and captain Kenwyne Jones, during his stint as interim coach of the Women Warriors.

Jones, who took over from American Constantine Konstin on October 18 (his interim stint will last until November 30), guided the team to a pair of drawn results (0-0 last Thursday and 1-1 on Monday) against Panama, at the Ato Boldon Stadium, Couva.

Cordner was the T&T goalscorer on Monday and, after being involved in the women’s squad since 2006, the 32-year-old Cordner is still willing to enhance her knowledge of the game.

“Kenwyne is a forward and I (am) a forward, so I can learn a lot from Kenwyne,” said Cordner, during Monday’s post-game zoom media conference. “He scored goals and I score goals.”

About Jones’ time at the helm, Cordner said, “It’s fairly new for him so, in time to come, with his knowledge, I think things would be better.”

Looking back at the pair of matches against Panama, the slimly-built attacker said, “I think we did the best that we can because, having not played for two years and it’s a bunch of new girls, and having to come into a camp for a week to play two international friendlies, we did really well (under) the circumstances.”

She is keen to pass on her experience to the younger crop of T&T players, having played in the United States, Sweden, Australia, Paraguay and, since 2018, in Norway (with IL Sandviken).

“I was happy to be back at home, because I haven’t been home for 22 months,” said Cordner.

“To be able to come back and give for Trinidad and Tobago women team, after experiencing so much in Norway, and seeing how different they do stuff, with my experience, to be able to transfer to this team, and allow these girls to see how hard work does pay off, it feels really good to be back here.”

Midfielder Chelcy Ralph, who plays for Ball State University in Indiana, United States, spoke about the difficulties in playing during the covid19 pandemic.

“It is very difficult having to be tested every other day but, as a team, we are very dedicated in what we have to do, and we’ll remain humble and respectful of the covid19 (protocols),” said Ralph.

“It’s a great experience for all of us to join together, because we haven’t been together for (some) years. Yes, we have a lot of work to do but it’s a great start.”

Panama’s coach Ignacio Quintana, commenting on Monday’s match, said, “It was an exciting game where any team (could have won). That’s the beauty of football, two teams making all the effort to win. The result was 1-1.

About the team’s week-long stay in Trinidad, Quintana said, “It’s okay for us and we enjoyed, a lot, our stay here. We enjoyed the opportunity, the experience and we’re grateful to the TT (Football Association).”

Yvamara Rodriguez, who was a second half substitute for Panama during Monday’s game, mentioned, “This game was a very aggressive and physical game. I felt that we kept connectivity with each other mentally. I think we’re quite happy with the result.”