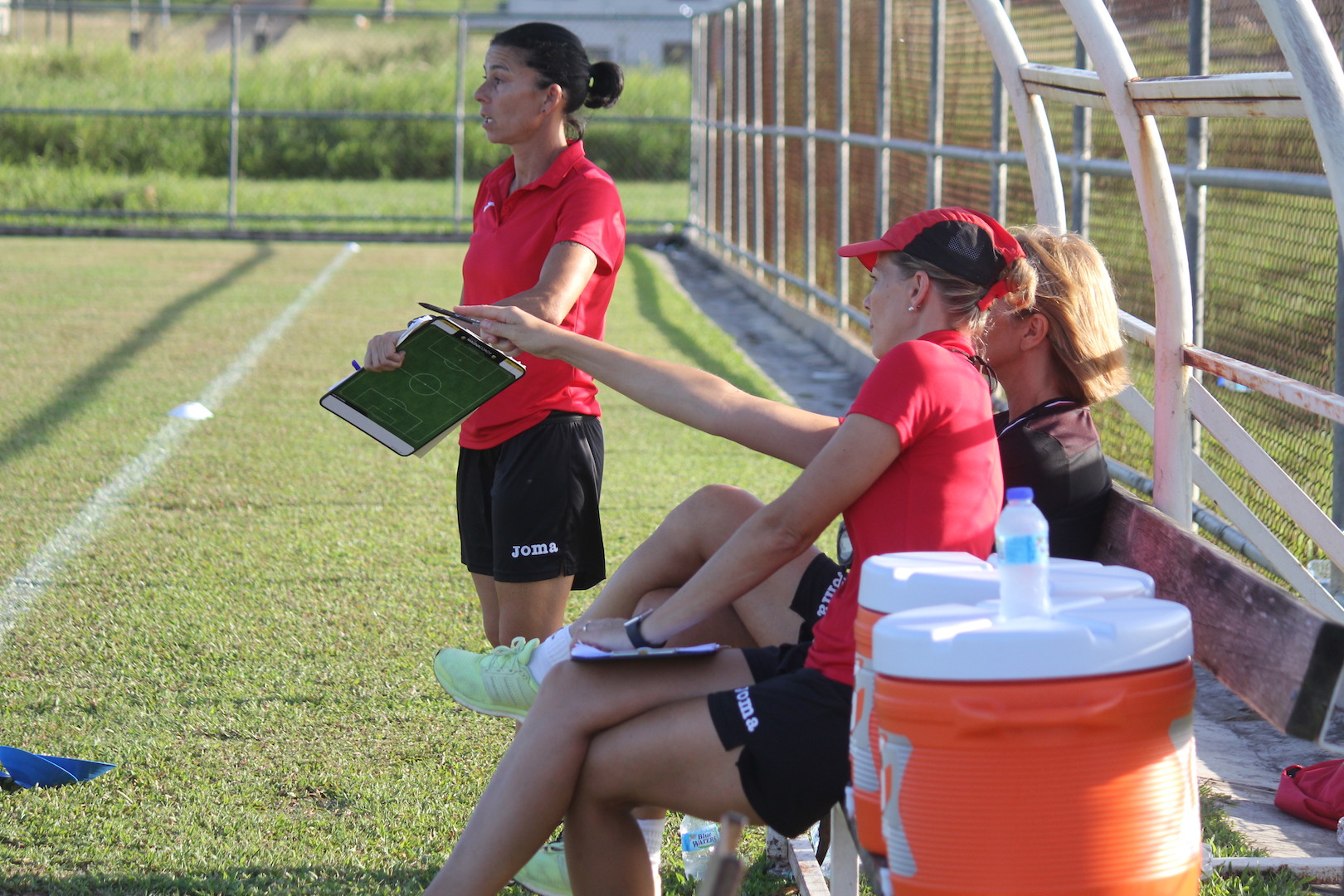 Manuela Tesse, another italian women’s coach has begun her duties in the National Women’s football programme as head coach of the Under 17 Women’s Team.

Tesse arrived in the country recently to join Director of Women’s football Carolina Morace and the rest of her staff and her first bit of business involved overseeing tryouts for national under 17 players during a two-day trial at the Manny Ramjohn Stadium training pitch this weekend.

Players were required to register online before turning up at the venue on Saturday evening to be assessed by Tesse and the rest of the staff. Also involved were Morace and assistant coach Nicola Williams who is also the Under 20 head coach.

“I wanted an experience outside of Italy and this is an opportunity to serve. I am thankful for the opportunity and thank you to the TTFA and the President David John-Williams to believe in the programme and Carolina Morace,”Tesse told TTFA Media.

“This weekend we looked at the players 16 and 15 years old and we looked at their technique and coordination and individual tactical awareness. This was the first objective, We have a lot of work to do but we have much potential,” Tesse said.

Nicola Williams who has been here from the start with Morace said the women’s programme has intensified over the past couple weeks.

“Last week was a very successful week. We had the Under 20s play against the Senior team and we saw a lot of the work done in the practice sessions shown on the field during the game. The senior women team train every day of the week with one day in the gym.  On the other days they have physical preparation and technical where we work on ball possession and non-ball possession,” Williams said.

“The 20s follow a similar model so what is good is that the work we do with the senior team, the methodology we follow and the types of principles we install in our team, we follow that with the under 20s and my assistant, Manuela Tesse follows that at the Under 17 team. We have already seen some players move between the under 20s to the senior team and they are able then to adapt into the same environment,” Williams stated.

Both the Senior and Under 20 Women have separate pools of around thirty home-based players and another ten that are based overseas.

“The buses are set up in Port of Spain for transportation with local connections on the way and they come to Manny Ramjohn Stadium for training. We also have meals involved. The project is very exciting. There is a lot to do and there is a lot of success that can come with that and so as a coach and as part of the coaching staff it is very rewarding the be here. The culture and with the players and staff… everyone is very receptive,” Williams said.