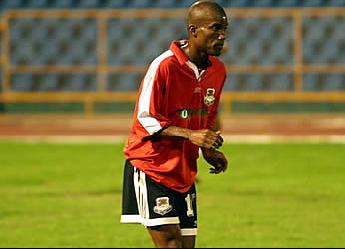 T&T, under captain Dwight Yorke and Dutch-born head coach Leo Beenhakker created history at the 2006 FIFA World Cup in Germany by becoming the smallest country to play at a World Cup Finals.

And now captain Lauren Schmidt and company under the guidance of Norwegian -born Even Pellerud will become the first Caribbean Women’s team to play at any Women’s World Cup and the fifth ever from Concacaf outside of USA, Canada, Mexico and Costa Rica.

“I think it’s definitely a privilege for such a small nation as Trinidad and Tobago to have accomplished these feats… first the smallest ever nation to play in a men’s World Cup and now the first team from the Caribbean to ever participate in a Women’s World Cup,” Pellerud told TTFF Media.

Current T&T Senior Team men’s midfielder Densill Theobald, a veteran of the 2006 World Cup team, is confident that the girls will do T&T proud come September 5 when they kick off against Chile at the Hasely Crawford Stadium.

“I think the girls will surprise a lot of people. I have watched their progress from last year and I am confident they can pull off some good performances and win a couple of games. I am backing them to go past the first round,” Theobald said.

The Caledonia AIA and former Falkirk FC midfielder is also hoping that the T&T fans turn out in large numbers at  the stadia from September 5-25.

“I would love for them to win it but we as a country must support them as best as we can. I remember back in 2005/2006, we loved seeing the stadium full of fans and it must be the same for the girls team, they have to come out in their numbers and back the girls. The people must come out and support the tournament on a whole,” Theobald added.

“Yes I think they can do well and make the country proud. But the main thing is that the people come out and support them. They must feel that drive from the stands when they step onto to playing field. It’s easy for us to expect the team to fail or to do well but we must play our part and show our support. From players to fans, we must come on board and enjoy the tournament,” Baptiste said.

National Men’s team head coach Russell Latapy is also wishing the T&T team well and is hoping to witness some positive results and performances from Schmidt and company.