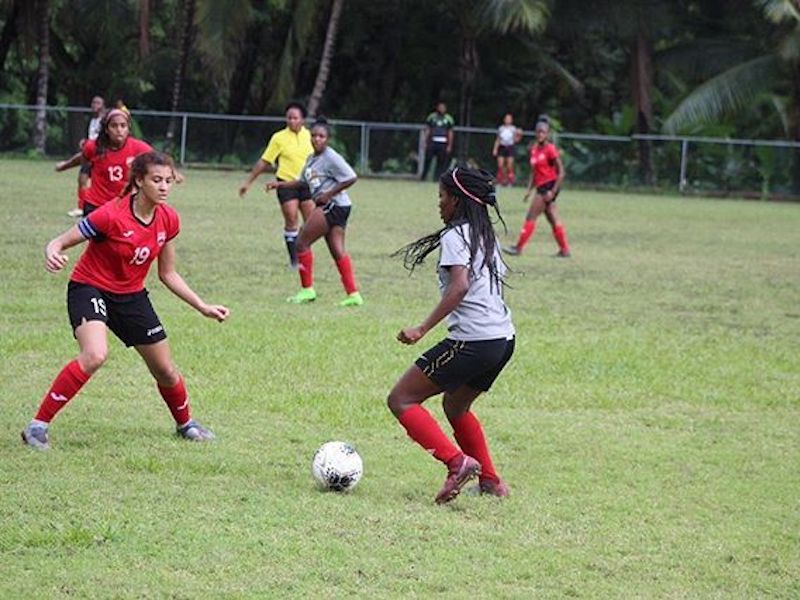 Trinidad and Tobago’s Under 20 Women completed their slate of warm-up matches ahead of the CONCACAF U-20 Women’s championship with a 3-1 victory over Dominican Republic Women’s Club team Club 5 de Abril LDF on Wednesday at the San Cristobal Training Centre.

Cayla McFarlane of Polytechnic HS put T&T ahead 1-0 in the 37th minute and Maria Frances Serrant regained the lead for T&T in the 53rd minute after the hosts had equalised. The in-form Afiyah Cornwall of Waterloo Institute then struck her fifth goal in three matches to seal the win for the Richard Hood-coached team. She came off the bench to net in the 69th minute.

“This was another good performance by us. The opposition provide a different type of challenge and the exercise served our purpose. It’s good to have another win under our belts heading into the competition but we will ensure that there is no complacency as the major assignments are still ahead of us. The focus now is on our next opponent which is St Kitts/Nevis on Sunday,” Hood told TTFA Media.

Hood told Wired868 that" “[Attin-Johnson] has been instrumental in talking to the girls about that passion and fight we need to see from them when they are wearing red, white and black,” said Hood. “[…] She is a good influence on the players because she was a fighter. She told them that ‘if we can’t beat them tactically or technically, we have to [outfight them]’—and that is what we are asking them to do.”