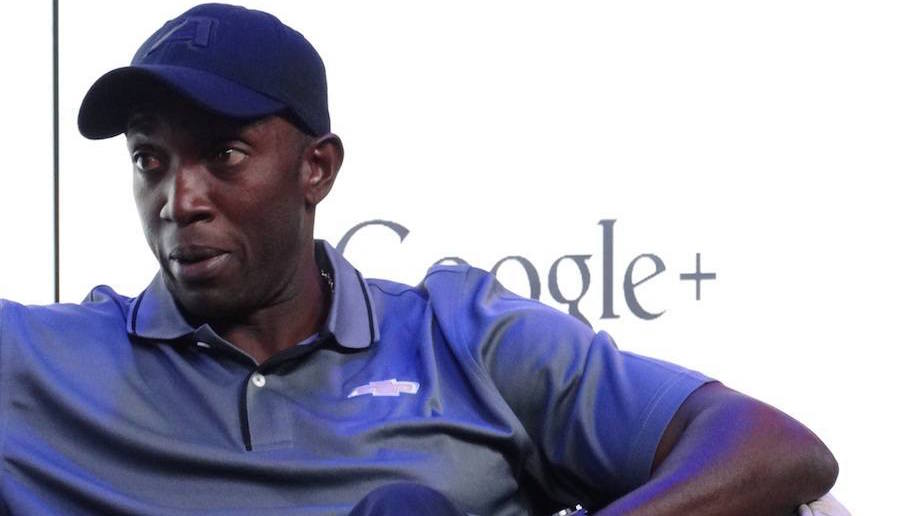 Few footballers have played under a more eclectic selection of managers than Dwight Yorke. He tells Phil Costa why Sir Alex Ferguson was great, why Graeme Souness was difficult and why he doesn’t think Roy Keane is cut out for management.

When Sir Alex Ferguson first decided to bring you to Manchester United, how did you feel?

It was a shock to the system when I heard that they were interested. You know, you’d look through their squad and they had such great players, and I thought, “Wow, why are they after me?”

Manchester United were always a team I was envious of over the years and I just really wanted to join the club, With so many established players, it was a no brainer. Having the opportunity to work under Sir Alex, it was the best thing I could have ever done. He taught me so much. He taught me not only to win football matches but to be ruthless in doing so.

The hunger and desire in all of those players, even in training, was like ‘Woah!’ – you literally could not let up for a second. There were constantly intense training camps, and you knew that if you weren’t performing there was another guy snapping at your heels ready to take your place straight away, and I think that this healthy competition really help the squad as a whole.

After you left Manchester United, you worked under Graeme Souness and you didn’t enjoy the same relationship, did you?

Well, I’ve got to say that he was a fantastic player and and a brilliant captain. The things that he has won in the game, I can’t question that. I felt when I joined Blackburn that he was the right man for the job, and of course Andy Cole was there at the time so he influenced me as well – but I didn’t really know too much about Souness, apart from his record as a player.

At first it went ok, I was joint top scorer in my first season there with 14 goals, which was a good return for me. But my second year there just went belly up. After you work with such a great manager, to come in and work with someone like Graeme was… difficult. I found it very difficult to get going and his managerial skills were maybe one to question at the time and there was that incident with me and him off the pitch and after that I lost respect for him. But you know, we both worked for Sky and did the analysis together. Bygones be bygones, I don’t hold grudges but at that particular time I was pretty upset with how things were between us.

You had a difficult relationship with John Gregory too, didn’t you?

I actually got on well with John Gregory. Brian Little was the manager and Gregory was the first team coach – he was the one I would go to if I needed to work on something. He saw himself as a player even though he was the coach and I always had a good record with him. I could always relate to him. Of course the situation changed when Gregory took over, and he knew how important I was to the team, I was at the top of my game at the time and that’s why Manchester United came in for me. I felt I had given that club ten years, and it was a great time in my career, it was a platform for me, I had built up my reputation there. I’m still very grateful for all the opportunities that Aston Villa gave me, I had a good record with the fans too, but as you can see if you have the aspiration to go on to bigger and better things, and no disrespect to Aston Villa because I still love the football club, Manchester United was a huge proposition especially with the Champions League. My leaving will always be sad for me because of my relationship with Gregory, it will always feel like a marriage that soured.

Your last manager was Roy Keane. What was it like working under an old teammate of yours?

Oh, you know, when someone is the manager you have to respect their position. Roy Keane was put in that position and clearly he was the manager. I didn’t treat him any differently than any other managers I’ve worked under like Sir Alex.

He did an outstanding job there when he first got the job, got them promoted to the Premier League within six or seven months and for me, what I take from Roy Keane apart from him being a great leader in his playing days – is that maybe he found club management difficult at times.

You have to be involved with people everyday, from all levels of the club, and I don’t think that’s really in his make up! He’s not the most people person is he? As a manager you’re going from the youth level, to the board of directors, to the canteen, to the groundsmen, and you have to be involved and interact with everybody! I’m sure Keano would tell you that that he’s not the best person for all that, so, that was probably one of his downfalls.

However, I do feel that international management is perfect for him. He’s not there every day, he can go walk his dog like he likes to do, he can go and watch different games, it’s much more free. He will do his job when he has them for the two weeks during the international break, and then he’s good to go again! I really feel he could be a brilliant international manager. He’s got that whole look, he’s got that respect, and it’s such a shame that from a club management view it hasn’t quite worked out for him.

Which managers got the most out of you?

Well listen, I’ll give you two concepts. Firstly, Brian Little when he first came to Aston Villa he said to me, “Look, you are my number 10. Go and play.” He really gave me that freedom, and he let me enjoy my football, and for me, that just elevated me to another level. That was all I needed, that little bit of assurance and it made me into a far better player, made me so much more positive, to do the things I knew I was capable of doing and he just let me express myself.

But of course the greatest manager I’ve played under was Sir Alex. What I achieved under him, what he achieved himself, you just have to respect that. Everybody respects him. And to be given that opportunity by Sir Alex to play for such a great club, he’s easily the best manager. Again, he was another manager that said to me “you are at this football club because you belong at this football club.”

One of the things I will always take away from those two managers I mentioned, is that they always wanted me to play with freedom, and to express myself – which is football is all about.

I noticed that you’re doing your coaching badges and, well, the Sunderland job will be free in the summer…

Yeah! It’s a job that I would certainly like to have, obviously I spent three years there, I know the football club. It’s something that I would look at, I’m certainly doing my coaching badges for a particular reason, I want to be a manager. Hopefully one day, someone will give me that opportunity I’ve always asked for. Sunderland is a great football club, and I have a great relationship with the fans there, so give the opportunity, I’d love to do it.

Dwight Yorke was speaking to us at a Google+ Hangout event in London, presented by Manchester United and Chevrolet.