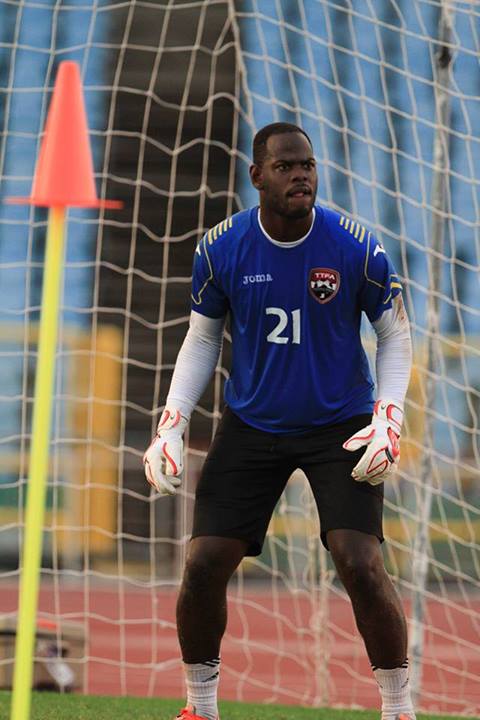 There may still be two Pro League games remaining in this season, but Central F.C. have shown that they are already focused on the 2014/5 season by announcing several new signings and successful contract extensions with existing players.

T&T national goalkeeper, Jan-Michael Williams, committed his future to his local club for a further two years, taking him to the end of the 2015-16 Pro League season.

“We’re hoping to keep most the squad together, so we see no reason not to finalise contracts now” said Managing Director, Brent Sancho. “Players like stability and so do coaches, so in most cases we will be offering two year contracts.”

Sancho said that Williams has had a great season with the club. “He is simply the best keeper in Trinidad” said Sancho. “But more than that, Jan-Michael is an asset to the club off the field. This season, Jan-Michael has been coaching our youth team goalkeepers and visiting schools as part of our Football in the Community program me.”

Sancho said that Williams is a great ambassador for the club and a natural leader in the dressing room. “I’ve been privileged to play in front of some of T&T’s finest keepers” said the 2006 World Cup defender “I’d rate Jan-Michael alongside Shaka Hislop, Kelvin Jack, Clayton Ince and even Crystal Palace’s Italian keeper Julian Speroni”

Sancho said that the majority of the existing squad have shown interest in committing their future to the California based club. “We want a fairly solid idea of who will start next season with Central F.C. before this season ends” said Sancho.

“The problem is that we have worked very hard to market our players overseas, and we may see some of them move away. So we also need to look for top quality players to bring in.”

Two the new players joining the squad are 19 year old Denzil “Deo” Daniel, who has been plucked from Central F.C.’s youth program me.

“The great thing about Deo is that he’s a local boy who’s proved his worth in our youth system. Only yesterday, Deo scored a 25 yard rocket against Jabloteh!” Daniel will be a popular signing with supporters as he is from the Enterprise area of Central and is well known in the local football community.

“It’s nice to see Central F.C. fulfilling its promise to recruit local talent” said Sancho. “We expect to see many similar stories over the coming years.”

The other player to join Central F.C. is 16 year old Levi Garcia. The T&T U-17 midfielder made his Pro League debut at age 15 for T&TEC but has played in the Super League with Siparia Spurs. A product of Shiva Boys Hindu College, Garcia played in all three of T&T’s U-17 world cup qualifiers last year including the historic 2-0 defeat of Costa Rica.

“Levi is a special talent” said Sancho. “He’s still young with much to learn, but at Central he has some great role models to learn from such as Ataullah Guerra, Leston Paul, Sean de Silva and Marvin Oliver. “But the youngster hasn’t been signed to warm the bench.

“We want to create a strong squad and Levi will be expected to compete for a starting place and push past those in front of him. He has the ability and the hunger to do just that. I can’t wait to see him in action for The Sharks” said Sancho.