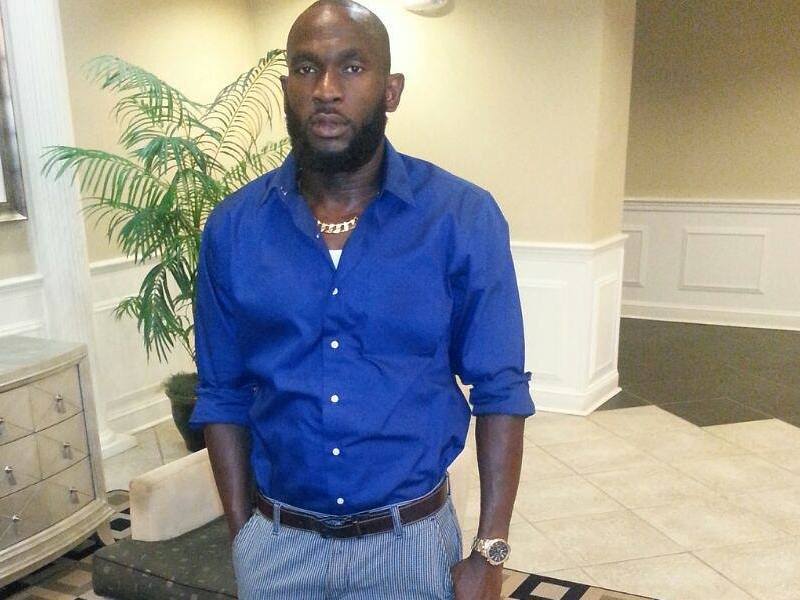 The Trinidad and Tobago Football Association extends deepest sympathy to the family of Teba McKnight following his passing today.

The 37-year-old  former Naparima College forward had been ailing for some time but lost his brave battle at hospital.

He is a former National Youth team forward and also attended and played for George Mason University in the US. He was one of the previous youth coaches within the TTFA elite programme and also a coaching instructor.

He was also the youth technical director for the Central Football Association. Teba formerly played for Joe Public, W Connection and Club Sando.

May his Soul Rest in Eternal Peace.

McKnight, who was just 37 years old, was also technical director for the Central Football Association (CFA), head coach of zonal club, Real Central, and ran his own coaching school, Elite Ballers Academy. He was also a supervisor at Diamond Scaffolding.

He leaves behind his common-law wife, Amarley Parris, and two sons, aged 13 and four. His elder son, Giovanni, is a member of the current Trinidad and Tobago National Under-15 Team.

McKnight had been ailing for months and gave up his post as national youth team coach last September, due to health complications. From December 2019, according to his close friend Marlon Zoe, McKnight was essentially bedridden.

“In the last year, he was really suffering bad,” Zoe told Wired868.

Last Friday, he suffered a seizure and high fever and was taken to the San Fernando General Hospital’s ICU. He never recovered.

Disadvantaged financially as a child, McKnight stood out through sport. He starred for Naparima College in the Secondary Schools Football League and went on to represent Trinidad and Tobago at National Under-23 level.

His prowess helped earn him a scholarship in the United States at the University of Mobile before he eventually graduated at George Madison University (GMU). McKnight and GMU teammate Anthony Noriega were on the supplemental list for the MLS Super Draft in 2006.

Noriega, a central defender who went on to represent the National Senior Team, was selected by Kansas City Wizards but McKnight was not picked up in the draft and returned to Trinidad—where he played for W Connection, Joe Public and Club Sando.

McKnight was barely into his 30s when he began his transition into coaching. During a Trinidad and Tobago Football Association (TTFA) ‘B’ license course, he left such a strong impression on then technical director Anton Corneal that the latter petitioned president David John-Williams to find him a role within the national set-up.

Sadly, he lasted barely four months in the post before his liver ailment got the better of him. By Christmas, he was incapacitated by the pain and, on Friday, he lost consciousness.

Today, he passed away.

The love he had for football was unbelievable. From as young as 13, you would see Teba McKnight training by himself from 6am before school. When he played for W Connection, you couldn’t get Teba to go play in any minor league or so—no matter how much money you offered him. He was a true professional to his craft and so dedicated.

He was like a brother to me. He grew up very poor and he had to work very hard for everything he wanted. From 2011, he worked with my company as a supervisor.

We have lost a very good person today…

He was always a student of the game—that is why I wasn’t surprised that he went into coaching after he finished playing. As a player, he would always discuss the game with me after and talk about tactical things. I thought he had good potential as a coach and his leadership qualities were very good.

Words cannot describe how I feel… This is somebody who was close to my heart because there are so many qualities I saw in him that could make him a future National Senior Team coach one day. I saw so much potential in him.

He had a very soothing attitude [and] a lovely consistent temperament when it came to discussing and presenting the game. His football intellect was so high for a young coach, as well as his understanding of the game and his ability to articulate the game—which was way above average.

[…] This just shows us one more time that we are not in control. There is a creator and he knows best. All my prayers go out to his family and close friends. Gone much too soon.

The 37-year-old two-time (1999-2000) Intercol winner died on Monday afternoon. He had been ill for some time. McKnight was a former T&T youth team forward and also attended and played for George Mason University in the US.

McKnight’s death sent shock waves throughout the T&T football fraternity, especially at his alma mater, Naparima College. The talismanic forward will be remembered for leading his school team to back-to-back Intercol titles.

McKnight scored decisive, title-winning headers in both 1-0 victories against Princes Town Secondary (1999) and Mucurapo Secondary (2000) to hoist the league’s most coveted crown.

Against Princes Town, Leon “Police” Brown quickly converted a free kick in midfield which beat the defence and found a pressing McKnight, who headed over the opposing custodian to score the lone goal. That year, McKnight’s goal sealed Naparima’s triple crown of titles, after it had previously won the Secondary Schools Football League South Zone.

A year later against Mucurapo, in a match locked at 0-0 in the 91st minute, a young Jerol Forbes, later a national striker, was substituted to add firepower to Naparima’s attack. Forbes’ unstoppable pace allowed him to press down the right flank and launch a targeted cross into the penalty area, where a flying McKnight headed it home to send the travelling fans into a frenzy, grabbing their second consecutive National Intercol title.

“It’s another tough loss for us. From Shahdon (Winchester), to Roderick (Anthony) and now ‘Teba – three stalwarts in the football fraternity for Naparima College. They have all brought home a lot of silverware and glory.

“He was a big supporter even after he left Naps. He would scout talents for athletes to acquire sport scholarships in the US because he had good chemistry with both local and foreign coaches,” Samlalsingh explained.

He admitted he had been unaware of McKnight’s illness. However, in speaking to former team-mates on Monday, he learned he had been ailing for some time and had taken a turn for the worse.

“We didn’t know he was ill. He was always in contact with us, because he assisted us in securing sports scholarships for our athletes. We were actually holding discussions with him to come on board for our form one programme.

“We now extend our mourning from Shahdon, to Roderick and now to McKnight,” Samlalsingh concluded.