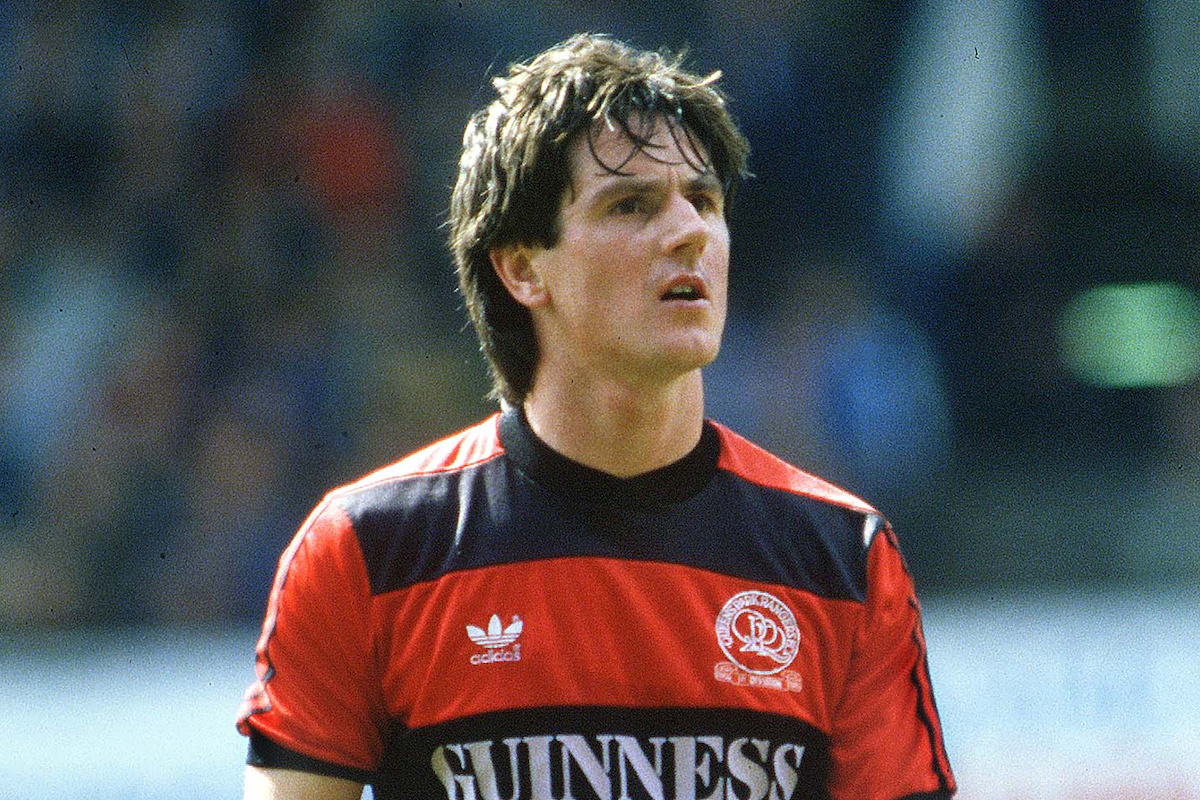 TERRY Fenwick has spoken of the pride he has from representing QPR for a period of seven years between 1980 and 1987.

The no-nonsense defender now lives in the Caribbean and was appointed Trinidad and Tobago’s Head Coach in December, but he remains hugely fond of his time in W12.

“First and foremost, I want to send my best wishes to all Rangers fans and everyone back home at this very difficult time,” Fenwick told www.qpr.co.uk.

“I know you’ve all been in lockdown so it’s been very tough, but I hope everyone comes through it unscathed and are able to get back to normality as soon as possible. That has to be the priority.

“The football comes second right now but when the time is right, I’m sure we’ll all enjoy the escapism that football provides when it finally starts up again.”

Reflecting on the T-shirt, Fenwick said: “It brought back such happy memories.

“I’ve always been proud of my time at QPR so to be chosen to appear on this legends shirt alongside some true greats is a tremendous honour.

“So many moments come flooding back when I look at the faces on the front – Allen, Currie, Gregory, Hazell, Roeder and all the others. What a list!

“Mind you, I’m not sure how me and Big Bob would get on playing in today’s game. There’s a very different view these days when it comes to a good tackle and a sending off!”

Fenwick joined Rangers from Crystal Palace before leaving for Tottenham, and he added: “I made more appearances for QPR than all my other clubs put together so there are so many memories and Loftus Road will always be a special place.

“Scoring the equaliser in the 1982 FA Cup final against Spurs was a tremendous feeling although it was ruined in the end because we lost the replay.

“A year later, we won the old Division Two title by ten points and I was also a Rangers player when I made my first appearance for England against Wales at Wrexham, such happy days.

“I always enjoyed playing on our tight pitch. The atmosphere was very special and the tightness of the ground gave me an extra buzz. You could always hear the comments.

Fenwick played under a host of managers during his time at Loftus Road, and he explained: “When I joined Tottenham it meant that I would be playing for Terry Venables for a second time, so you can imagine what an influence he had on me.

“All those years of watching and playing for many talented managers has stood me in good stead and I hope I can be half as good as them in my new job as Trinidad and Tobago’s Head Coach. Actually, no, I want to be better than them!”

Fenwick is now excited about his new role.

“Although everything is currently on hold because of the crisis, coaching in the Caribbean is a great experience - not because of palm trees and golden sands, but because the players over here genuinely want to learn,” he said

“As a coach, you can’t ask for any more than that and I hope that during my spell I can make a difference. It’s what I always tried to do as a player and being on the sidelines is no different.

“Fans of a certain age will remember that I always gave everything as a player and expected the same from my team-mates. So it’ll come as no surprise that I’m exactly the same as a coach.

“Unfortunately, the team has fallen a long way down the rankings in recent years so there’s a long road ahead and a great deal of work to be done before we can emulate the great days when the likes of Dwight Yorke, Shaka Hislop and Kenwyne Jones were playing and taking on England in a World Cup group game in Germany in 2006.

“Even though I’m thousands of miles away, England is never far from my thoughts and when we’re back to normal, I’ll be looking out for Rangers’ results just as I always have.

“I can’t wait to get back as soon as possible soon and re-visit the old place. Loftus Road was - and still is - very special.”