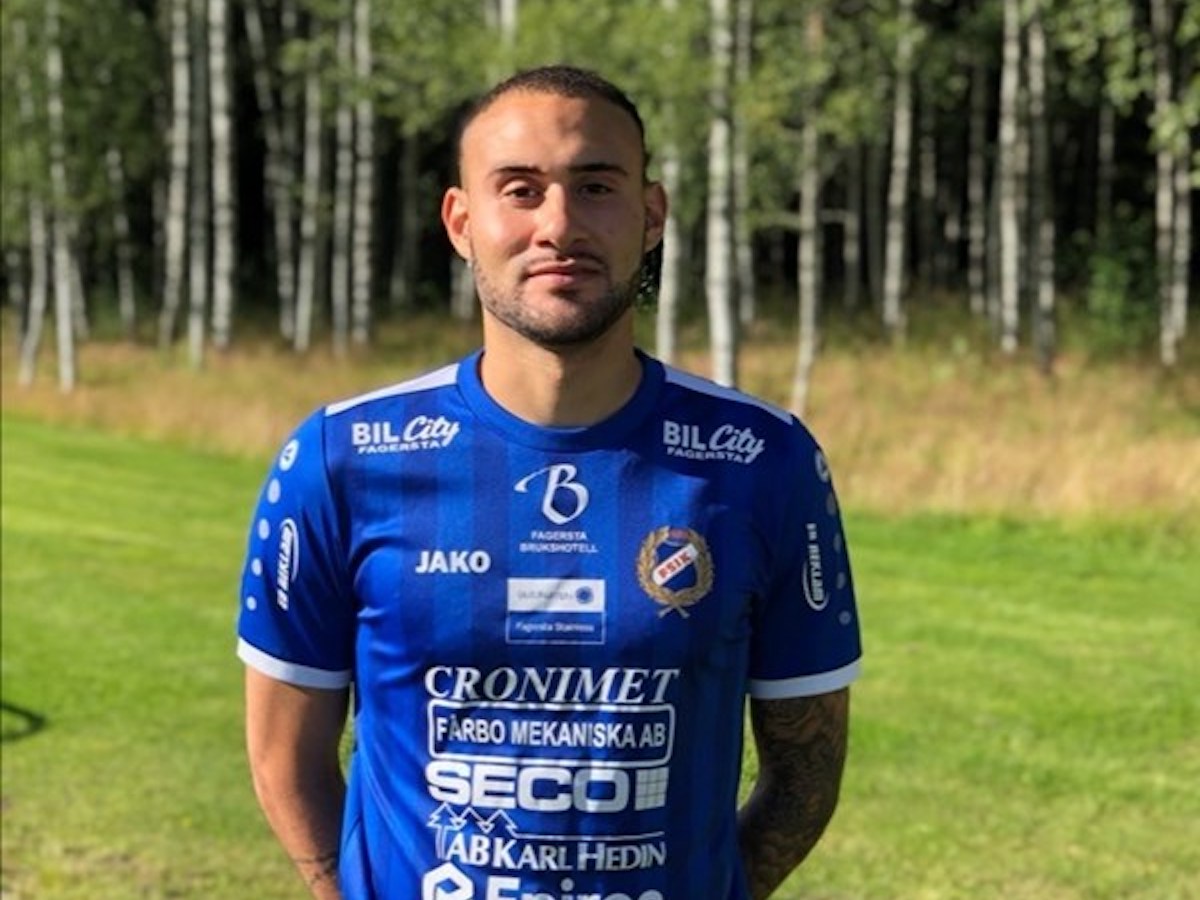 If there’s one thing you need to know about him, it’s that he’s taken an unusual path to becoming a professional soccer player.

Born in Canada, Lee Him has traveled all over Europe to pursue his dream, soccer.

We all had a moment where we fell in love with the game. Where we kick the ball and from that day on never stop kicking it, working harder than everyone else day in and day out.

It all starts with a dream.

For the young Canadian, he pursued the dream relentlessly. He did all the things you have to do to become a professional.

And guess what? The Dream Came To life.

Now, back on track…

Growing up in Canada, Lee-Him was always one step ahead of his peers.

Lee-Him played against older kids much of his childhood, playing an age group up until he was 14.

Once he was 14, Lee-Him’s career started to progress rapidly.

The starlet joined a local club that traveled all around the world, touring England and playing in tournaments such as the Dallas Cup. These experiences saw Kristian play at the highest level at a young age, getting him ready for what was yet to come.

After joining Sigma FC for the rest of his youth career, Lee-Him committed to play Division 1 soccer at Appalachian State, a school of around 19,00 students located in Boone, North Carolina.

After two years, Lee-Him transferred to Buffalo University where he also played for FC Buffalo, a local NPSL side.

The Canadian talked about his time with the college, stating, “I joined Appalachian State in North Carolina. I spent two years there and then I transferred to the University of Buffalo for my last two years. During my junior year summer during the summertime. I said to myself, ‘I am paying rent here so I might as well play,’ and a couple of my friends also played for FC Buffalo.”

However, after college is when Kristian Lee-Him carves his own path. Not following the rest. Following his dream.

“From a young age, I always wanted to play in Europe. And when I was growing up I was always watching football with my dad and my favorite team was Arsenal. I just loved the game over there. For some reason, I didn’t connect with American soccer too much. So I worked hard at getting a European passport to play in Europe easily. So I said ‘why not take the chance’ and just start going to Europe.” Lee-Him said.

So, the Canadian moved overseas to Slovenia and signed a contract with one of Slovenia’s’ most historic clubs, NK Izola.

In his first stint with a European club, Lee-Him excelled.

All three are vital to make any player great, and Kristian Lee-Him checked all three off.

After two successful years in Slovenia, the 26-year-old went to Germany and signed with Heeslinger SC and then Bremer SV.

Germany, known for their highly technical play, was a great move for Kristian in order to progress his career and play against some of the best competition.

While with Bremer, Lee-Him bagged three goals in and was a vital part of the German squad as per TransferMrkt.

Now, the OPSM player is in Sweden, living the dream as he is playing for Fagersta Sodra IK.

“With coronavirus, everything had shut down. But the Sweedish league was still up. I thought it would be the best idea to come to Sweden and play here,” Lee-Him said.

Although he hasn’t played since March, Kristian had a soccer field near his house in Germany that he would always visit in order to keep fit.

This proved vital in signing a contract as Sweden has a different schedule than much of Europe, and Lee-Him is currently in league play right now, getting valuable minutes as much of the soccer world is shut down due to COVID-19.

“It was difficult the first couple of weeks (playing full team 11v11 again) as we had training four days of the week and lots of rain. But the recovery is very important. Sleeping, nutrition. But the initial fitness I kept at the beginning of quarantine helped me a lot.” Lee-Him said about returning to play again.

Lee-Him also talked about the differences between NCAA college soccer and European soccer, stating, “Division 1 was much more about discipline and very physical. Very fast-paced. But I would say Europe is just more technical. The NCAA is more about athleticism while European soccer is very technical.”

Lee-Him also talked about connecting with OPSM, “I have a couple of friends who own FTF in Canada. OPSM and FTF have a connection and my friends put me in touch with them. It was kind of just a word of mouth thing. So I sent my CV to them and we got in contact.”

‘You can tell how much they care about their clients’ to describe his time with the Ottawa based agency.

Overall, Kristian Lee-Him is just a 26-year kid living the dream, and he sees football as a part of his future for many years to come.

To learn more about Kristian, visit the OPSM DataBase and check out his player profile!