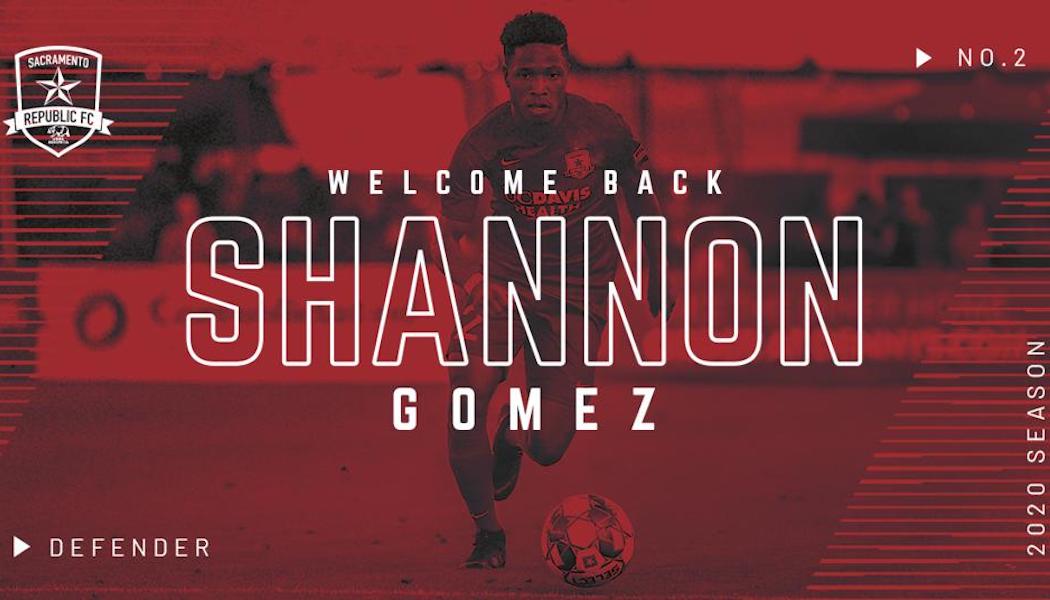 Sacramento Republic FC announced today it has reached a new agreement with defender Shannon Gomez. Terms of the new deal were not disclosed.

“Shannon has been excellent for us the past two seasons,” said Republic FC General Manager Todd Dunivant. “He takes his defending personally, and we look forward to getting a healthy Shannon Gomez back on the field next season.”

Despite missing the last three months of the 2019 season, Gomez still finished sixth on the team in clearances (37) and seventh in tackles won (25).

The 23-year-old had successful surgery in August to repair a meniscus and torn ACL in his right knee that he sustained during the second half of the regular season. Prior to the injury, the defender led the entire team in minutes played (1,495) and made 18 appearances in league play this season (21 in all competitions), 17 of which were starts.

In 2018, the defender was a mainstay in the Republic FC back line where he made 34 appearances, 33 as starts. Gomez contributed a goal and an assist as he helped to lead the Sacramento defense to the best defensive record in the Western Conference.

The fullback arrived in Sacramento prior to the 2018 season after playing two seasons in Major League Soccer with New York City FC. Gomez originally joined NYCFC on loan from W Connection FC, a first division club in Trinidad and Tobago. While under contract with the MLS-club, Gomez was loaned out to the Pittsburgh Riverhounds where he made 10 appearances and tallied an assist.