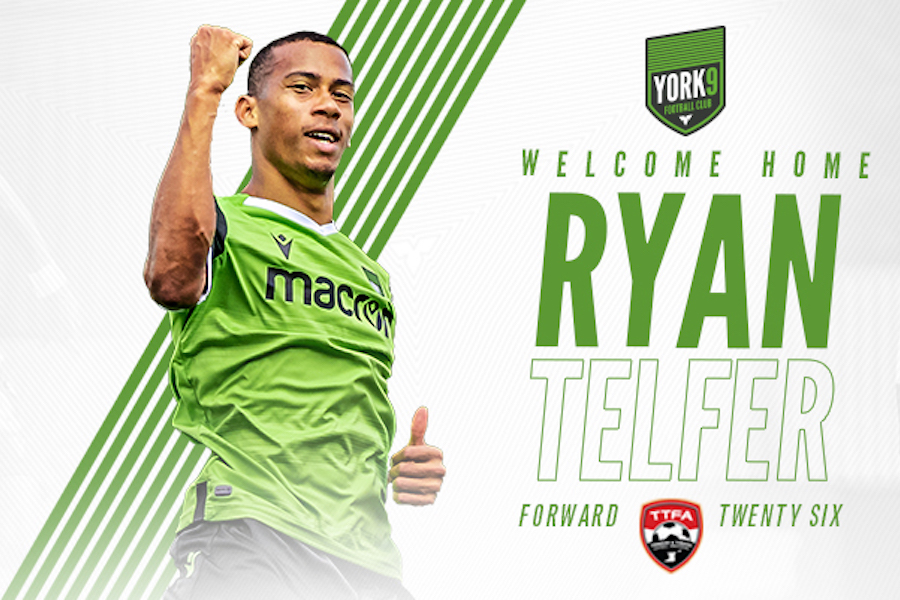 The Nine Stripes have moved swiftly to secure the return of former loanee Ryan Telfer from Nea Salamina Famagusta in Cyprus.

Following a successful spell with York9 FC last year, the winger left Toronto FC at the end of the season after they declined to pick up his option for 2020.

Fresh from eight goals in 26 games in the inaugural season of the Canadian Premier League – where he netted the first goal in league history three minutes into the opener against Forge FC at Tim Hortons Field last April – he took up a short-term contract offer to play in the Cypriot First Division.

The versatile attacker also claimed the honour of being the first person to score for a CPL team against Major League Soccer opposition when he equalized against the Montreal Impact in the Canadian Championship.

Having featured for both York University Lions and League1 Ontario’s Vaughan Azzurri, he returned to the region last March after playing in 16 MLS regular-season games for Toronto FC, as well as 38 times for Toronto FC II.

He has been capped six times by Trinidad and Tobago, with his first coming in September 2019. By scoring in only his second appearance, against Martinique in the CONCACAF Nations League, the 26-year-old from Mississauga, ON, also added the accolade of the first international goal scored by a CPL player to his resume.

Telfer said: “York has always been a second home to me and it feels good to be back. To the fans and club, I’ve got unfinished business here.”

Managing consultant Angus McNab added: “We are delighted to welcome Ryan back to the club. We have had to be a little patient to get this deal completed, but now that it is, we’re all looking forward to the prospect of him rejoining the group. To be able to add a player of Ryan’s calibre to our attacking options only enhances how competitive we expect to be when we resume.”

“He will always be a hugely important figure for both York9 FC and the CPL after scoring such significant firsts. After the sale of Emilio [Estevez], it was important to ensure we brought in a top-quality replacement, and with Ryan, we have done that.”