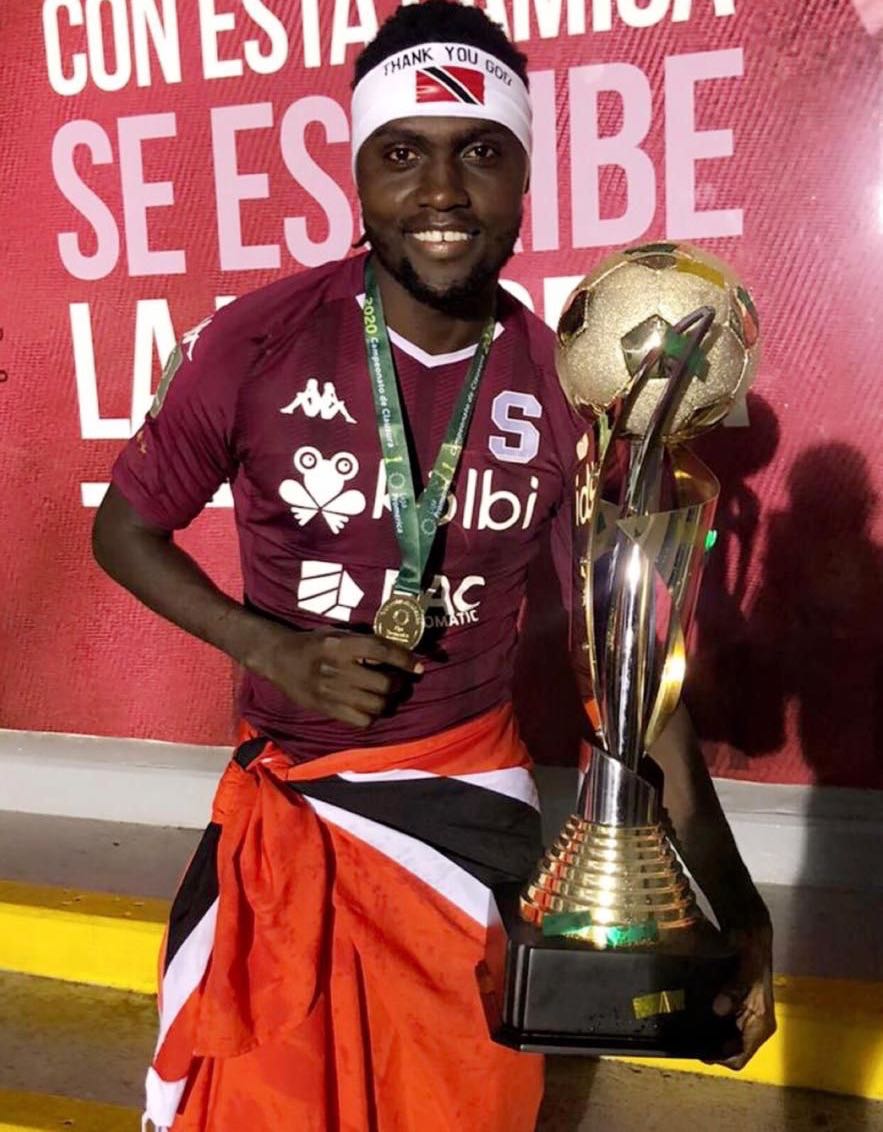 T&T senior national football team defender Aubrey David and his Deportivo Saprissa team-mates returned to training last weekend, just shy of a month since claiming the Costa Rican Clausura championship title with a 3-0 aggregate win over Liga Deportiva Alajuelense in the second leg of the second-round final at the Estadio Ricardo Saprissa Ayma.

Over the two-legged final, the 29-year-old Guyana-born David was solid throughout in central defence in helping his team to 2-0 and 1-0 victories.

The victory saw the Saprissistas lift its 35th title in history, further establishing themselves as the winningest club in Costa Rican football while Alajuelense remained at 29 titles.

The win was also the second title won by David with Saprissa after they captured the Concacaf League crown last year.

Following the title win at the end of June, David opted to remain in the Central American country due to international border restriction caused by the coronavirus pandemic.

When the Clausura Championship restarted on May 20, Costa Rica became the first league in CONCACAF to restart play on May 20, joining the Nicaraguan league, which never stopped.

Contacted for an update on his team's preparations for the resumption of football in the Central American nation David said, "The Apertura is expected to kick off on August 16th and even though there has been an increase in covid19 cases in recent weeks, nothing has changed with regards to the kick-off at the moment."

"The Minister of Health has not issued any new information concerning the playing of team sports and we will be kicking off our pre-season training this week, having done our medical test already."

Herediano and Alajuelense tied on aggregate, 2-2, after the second-leg 2-1 victory from the home side. That and a scoreless extra time were enough to force the deciding shootout in the “Grand Final.”

This after Herediano edged Saprissa 7-6 on penalties after both legs ended 1-1 while Alajuelense got the better of San Carlos 3-0 over their two-legged semifinal.

The 2020 Apertura season will consist of 12 clubs and like the Clausura, competition is expected to be contested behind closed doors in the early stages.