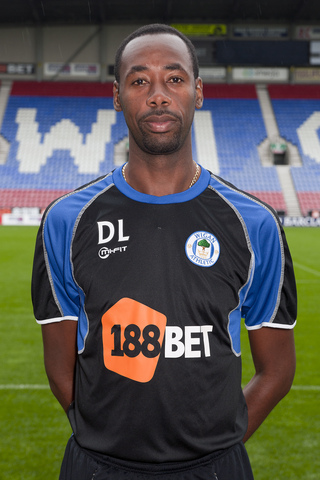 Former National defender Dennis Lawrence has described his first full season a member of the coaching staff for Wigan Athletic in the English Premiership simply as a “really fantastic experience.”

Lawrence expressed his feelings to TTFF Media on Friday as he reflected on a season that went down to the last day with Wigan battling to stay in the top flight for next season. The football Gods smiled on Lawrence and his Wigan family as they achieved the required result to stay up.

“It has been a really fantastic experience working with a very good coaching staff headed by Roberto Martinez and assistant Graeme Jones together with first team coach Graham Barrow and the rest of the backroom staff,” Lawrence told TTFF Media on Friday.

On Wigan Athletic’s Official website, Lawrence is listed as Assistant Coach – Former Trinidad and Tobago Defender who played for Wrexham and Swansea City. Dennis also had the honour of captaining his country and played in every minute of the Soca Warriors’  FIFA World Cup 2006 campaign.

When asked to describe his experience of experiencing the game in the top flight from the perspective as a coach as compared to being a player, Lawrence responded, “ Well I think it would of been more fitting for me to compare them if I had played at Premiership level,” with a chuckle.

“But being involved for the first time as a coach it has been a great understanding of Football at the top level in what has got to be considered one of or if not the best league in the world,” said the man whose goal on November 16,2005 qualified T&T to the 2006 World Cup Finals by way of a 1-0 win over Bahrain in Manama.

Lawrence, who turns 37 on August 1, was on trials with Newcastle United after being spotted by Bobby Robson, as well as Bolton Wanderers before he signed with Wrexham in 2001. He made 198 appearances for the Welsh club up until 2006 before signing for Swansea City in 2006, two weeks after his 32nd birthday. He was also on loan for Crewe Alexandra before returning to T&T for a stint with San Juan Jabloteh. He represented Barataria Ball Players in 1992/93 before moving on to Caledonia AIA and Defence Force during which he enjoyed 1999 T&T Pro League title success with the latter.

It was on his return to Trinidad for his short-term deal with Jabloteh that Lawrence decided to further his coaching education, following discussions with agent Mike Berry.

“We discussed his options and Dennis felt a strong urge to begin his coaching badges even though various clubs were interested in signing him up (as a player)” Berry said.

He signed up for the UEFA"B" Intensive License Coaching course through the Welsh FA at his own expense which took a lot of determination and sacrifice as he had no income for the best part of a year after earning a living from playing for the previous 10 years or so.

Berry made some recommendations and Roberto Martinez took notice having himself completed one of his courses alongside Lawrence at the time.

After various discussions Martinez invited Lawrence to a three-month trial period at Wigan in the pre season of 2010/11 which he passed with flying colours and was given a full contract as an Assistant coach involved with the First Team and Reserves.

“To date he has gained experience at the highest level learning from one of the Premierships brightest young managers working at all levels taking his own sessions and assisting in others,” Berry boasted.

Berry revealed that Lawrence will begin  his "A" License in June and will complete it by the end of next season  when he would also have completed 2 full seasons in the Premiership.

The Morvant-born Lawrence concluded by saying self belief was a key to accomplishing goals.

“The only thing I would say to anyone and this is not just about ambitions to become a coach but ambitions in life generally,  is you have to believe in yourself and believe in possibilities as without belief your chances becomes lesser. I have been given a chance to learn and become better in what I believe and I hope to fulfill my ambitions which one day Trinidad and Tobago will gain from this all,” Lawrence told TTFF Media.