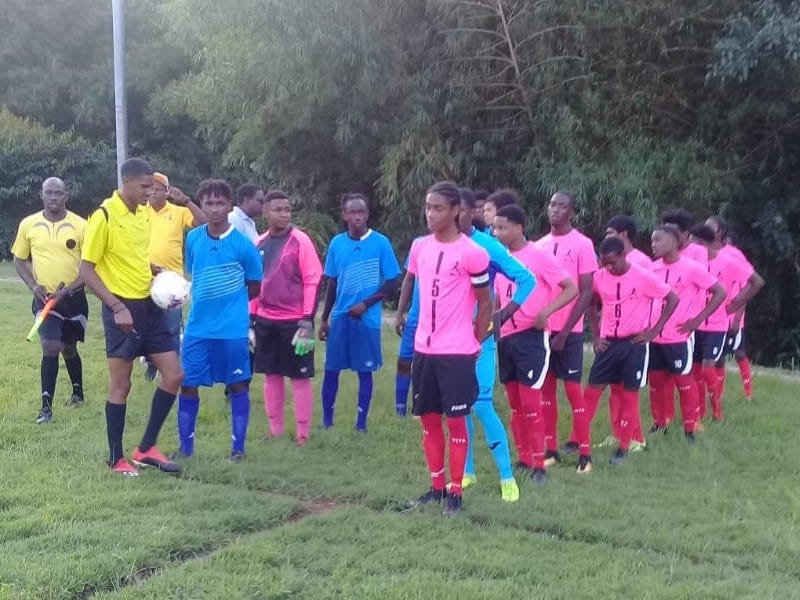 Since kicking off on December 21, 2019, the Next Level Consulting (NLC), Limited U19 Community Invitational Tournament has seen some of the nation’s best youth footballers going against each other on a home and away basis at their home community grounds.  So far, hundreds of fans have been able to attend the exciting tournament weekend games which have kicked off at 4:30PM, and Wednesday games which have started at 6:30PM.

At the halfway mark, MaGuaya United and Gasparillo Youths lead their respective groups with full points from their games played (see standings below). The top three teams from Group A and the top five from Group B will go into the tournament quarter-finals, starting February 1, 2020. To encourage even more fan participation, the Tournament committee has launched its Instagram page, “@NextLevelU19football” and added two social media hashtag contests.

#NextLevelU19football for best fan video of goals scored during the competition. To compete, video must be accompanied by name of both teams, venue, date of the video and the hashtag, #NextLEvelU19football. Winner of the best video showcasing tournament goals, as adjudged by the Tournament Committee, will receive $500 cash prize at the Tournament Awards ceremony, and

Teams from each group are vying for the Championship trophy, medals, and other prizes, while the Most Valuable Player (MVP) of the tournament will be going on trial in the Canadian Professional League with the Halifax Wanderers. Owner of Next Level Consulting, Limited and Tournament Chairman, Brian K. Jordan, stated, “We are seeing really high quality competition so far, with mostly close games. The MVP competition is heating up quite nicely as we are now at the halfway mark. As we get closer to the quarter-finals, we expect to see more and more fans coming out to support their community team.”

Some of the standout performers so far in the tournament have been Malachi Celestine (Trendsetter Hawks), Isa Bramble (MaGuaya United), Nickel Rawlins (Gasparillo Youths), Jaiye Sheppard (Deportivo P.F. Youths) and Nicholas Bobcombe (Princes Town Achievers), The Under 19 tournament continues this Wednesday, January 15 at 6:30PM with five games being played on Match Day 6 across the country (see fixtures below). The Tournament Championship game will be held on the weekend of February 15/16, 2020, with an All-Star game to be held thereafter.

Next Level Consulting, Limited is a registered local small business specializing in residential and commercial security cameras, alarms, and gate motors. We wish to invite other businesses, big and small, to invest in youth, football and our local communities.

For more information, or to be a tournament sponsor:
Brian K. Jordan
(868) 389-0516
nextlvlconsulting@yahoo.com