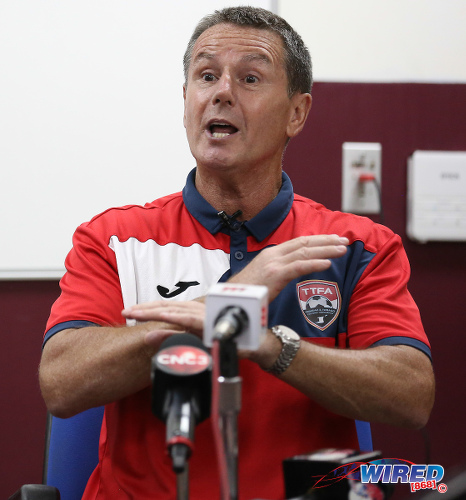 The Football Factory has a deal with English ticket-to-player-to-marketing agency CatalystPSM in the UK, which ostensibly offers a pathway for players to professional football from a Sunderland base. The overseas ‘scholarships’ are paid for by the players or their sponsors – estimated at £20,000 for a year.

Fenwick told four youth players two years ago that they were lined up to go to England on scholarships with the finance being provided by sponsorship.

One parent, who spoke to Insideworldfootball, said that his son was one of the four and that for almost two years Fenwick told him that the scholarship money had not arrived, but that he was expecting it any minute and that his son should be ready to leave. At one point the parent was told by Fenwick that he had received the money only to be told later that it hadn’t arrived.

The scholarship money was to be provided from revenue from the Commissioner’s Cup, a social awareness cup for police youth clubs that received funding from corporate sponsorship and the Police Commissioner’s (Gary Griffiths) budget. Fenwick was put in charge of administrating the tournament.

To date only one player from Trinidad has been sent to England, Gary Griffiths’ son who went first to Sunderland College and the student academy there, before going on trial at little known Coleraine in Northern Ireland. He is now back in Trinidad.

Sources have told Insideworldfootball that even Griffiths – understandably a strong supporter of Fenwick – has begun asking questions privately as to what happened to the money. Yesterday the launch of the competition took place at the Police Barracks ground, Fenwick was not in attendance.

Fenwick, in his role as national team coach, has used the police ground for national training though a number of lower ranking police officers have been questioning why their ground was being used when the national team has its own training centre at the Ato Bolden Stadium.

Fenwick was appointed national team coach under the new William Wallace TTFA presidential regime in December 2019. That regime was replaced by a FIFA Normalisation Committee in March this year, though Fenwick has retained his position.

Prior to the TTFA job, Fenwick had not held a coaching position in adult football for more than six years, having returned to Trinidad after a failed stint at FC Vise in Belgium. Fenwick does not hold a recognised top level coaching license though was trumpeted as the new dawn for Trinidad and Tobago national team football on his appointment.

It has been an appointment mired in non-step controversy and allegations of fraud from helping rig the election of Wallace and the United TTFA faction to the TTFA board via forged documents of sponsorship support, to his links to another English marketing man, Peter Miller, and dubious deals with kit firm AVEC and a $50 million proposal to redevelop the Arima Velodrome.

Since his appointment Fenwick has not had a national team game but has conducted national team training, usually with youth players and with a bulk of them from his own Football Factory scheme and using Football Factory coaches, and at the police ground. Remarkably he has held his position under the FIFA Normalisation Committee led by Robert Hadad, who he is believed to have long links with.