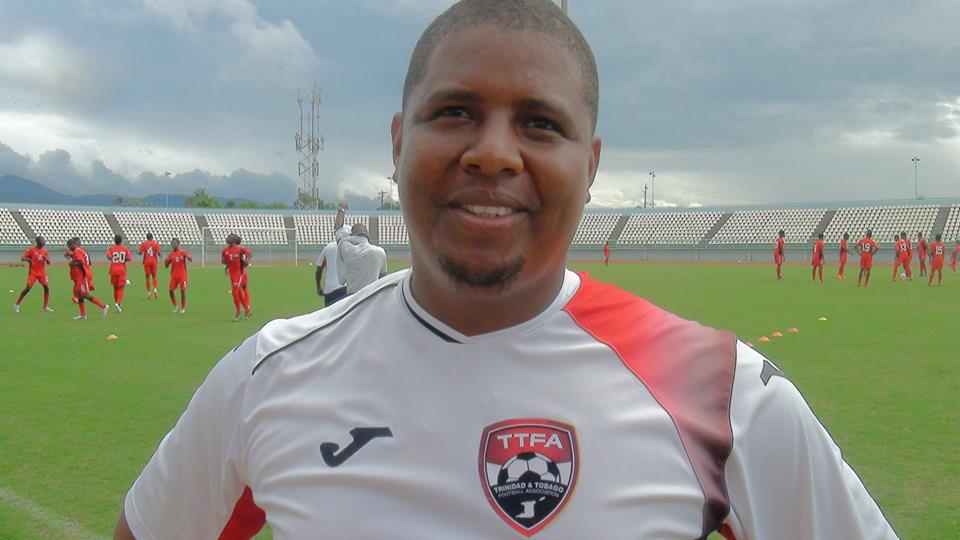 DEREK KING, assistant coach of the Trinidad and Tobago football team, has stated that the squad’s recent tour of Peru, Uruguay and China was beneficial for the younger and less experienced players, particularly those who participate in the TT Pro League.

Trinidad and Tobago, who were missing a number of their foreign-based players due to club commitments, were beaten in all three games - 4-0 against Peru (May 23), 3-1 to Uruguay (May 27) and 4-2 versus China (June 3).

But King, during an interview over the weekend, commented, “the tour, for the technical staff, was a good one, knowing we (got) games against Peru, Uruguay and China.

“When you watch the likes of Uruguay, they are in the top 10 rankings,” said King.

“It was a good exercise (and) experience for some of the local players, the younger ones,” he continued.

“We, more or less, have a pool that we’re working with.

We (hope) that some of the players could really add to the pool. It will be a long journey and, at the end of the day, the exercise was a good one.” There have been some criticism, especially on social media, that the TT team should have focused on playing lesser opponents instead of teams either preparing for the Copa America (Peru and Uruguay) or World Cup qualifiers (like China). But King, the ex-national central defender, countered, “at the end of the day, sometimes they say you want top opponents.

But we’d like to play the top opponents with our top players. (If not) so be it, it wasn’t a FIFA date (so) we didn’t get the opportunity.

Asked if there are any areas that the local-based players may need to work on, during their off-season, King replied, “I wouldn’t say (anything) as yet. When we sit down with the coach (Stephen Hart), who is off to watch USA play, and a couple other teams in the Copa America, we have to analyse each player, their downfalls and their strengths, and then we can take it from there. We’ll sit down as a coaching staff and deal with it.

King is hopeful that there will be at least one more friendly international before the September 2 CONCACAF World Cup Qualifier at home to Guatemala.

“Hopefully in August we’ll have a game in place. Nothing has been finalised as yet.”

The Trinidad and Tobago National Under-20 Team will be without the services of former National Under-17 left back Keston Julien and, possibly, Shiva Boys Hindu College stand-out Tyrel “Pappy” Emmanuel too, when the Caribbean Cup competition kicks off in Trinidad on June 15.

Julien, who played for Presentation College (San Fernando) last season and recently left W Connection for Marabella Family Crisis Centre, leaves for the Netherlands on June 10 where he will try to follow in the footsteps of 18-year-old compatriot, Levi Garcia, who signed for Eredivisie club, AZ Alkmaar, last year.

Emmanuel’s potential unavailability is down to more worrying circumstances.

“We have a little medical issue with Emmanuel and we need to get it cleared with the doctor,”  said National Under-20 Team coach Brian Williams. “I don’t want to disclose too much about the medical issue but he’s been getting some chest pains. We are looking into it because we don’t know how serious it is.

“We want to get a medical clearance because we don’t know if it’s a heart problem or something like that.”

Emmanuel, who was one of three Trinidad and Tobago teenagers selected for a training stint at Manchester City last year, has complained of chest pains before and was substituted as a result on several occasions last season with Shiva Boys.

Williams said the the entire squad hopes that “Pappy” gets a clean bill of health and can rejoin his teammates in the near future.

The Under-20 squad continued their Caribbean Cup preparations last Friday with a 2-1 loss to National Super League (NSL) team Queen’s Park Cricket Club at the Mannie Ramjohn Stadium in Marabella.

QPCC, who had previous Under-20 trialist Ethan Shim in their ranks, got a double from former WASA FC striker and ex-national youth team captain Shane Calderon while lanky Trinidad and Tobago central defender Kierron Mason got a consolation item for Williams’ troops with a long range effort in the second half.

“I think Queen’s Park gave us a good run in terms of pressuring us and the intensity,” Williams told Wired868. “We conceded early goals in the first half and I think it was more defensive blunders than anything else.”

Calderon’s opener came after a poor defensive left him with only goalkeeper Jabari Brice to beat, while he converted a devious Shim cross for his second in the 35th minute.

The Trinidad and Tobago teenagers were hustled and harried constantly but did create their fair share of chances. Their finishing was sub-standard, though, and playmaker in chief, Jabari Mitchell, who was probably the best player in “Red, White and Black” on the night, was the main culprit.

“I think we need to do some finishing touches in the final third with regards to our finishing,” said Williams. “And still we need to improve in our general offensive play (especially) the build-up from the back. I think we have a tendency to go backward.”

The Under-20s improved notably in the second half, as the fresh legs of substitutes Yohannes Richardson, Kathon St Hillaire and Quinn Rodney—among others—stretched the tiring QPCC outfit.

“The positive I can take from this game is the response that I saw from the guy,” said Williams. “They didn’t drop their heads, and again we continue to give away some of our chances in terms of goal scoring. The positives are that we had a better second half and we were able to pull back one.”

Williams, a former “Strike Squad” stand out for Trinidad and Tobago, said his squad continues to improve gradually and they hoped to benefit from a four day live-in camp at Hubert Joseph Street in Claxton Bay, which began on June 2.

Although Julien is out and Emmanuel is doubtful, Williams expects to have the overseas-based duo of Noah Powder and Morgan Bruce by Monday morning. The young Warriors hope to have a short overseas camp as well.

“The TTFA is working on a trip to either El Salvador or Grenada,” said Williams. “If we get through with that we would leave some day next week to return around the 11th.

“Most likely that decision will be made before the camp breaks on Monday.”