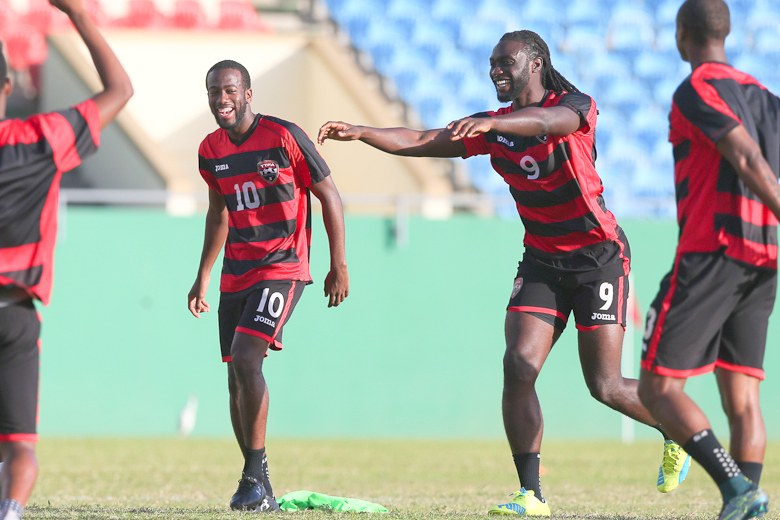 This release seeks to provide updates, further to various enquiries from members of the media, regarding recent events surrounding the Captain of the Senior Men's National Team, Kenwyne Jones.

As widely reported in the media, Mr. Jones was injured during the Caribbean Cup Qualifying Game against Martinique on Wednesday 12th October 2016. Based on the most recent medical scan, it was revealed that Kenwyne has suffered a minor ligament tear. Doctors have indicated, however, that his recovery time should be short. Kenwyne is looking forward to returning the best of health to prepare with the National Team for the World Cup 2018 Qualifier against Costa Rica on November 11th. Kenwyne would like to especially thank his club Central FC for facilitating all needs during this period of recovery.

Trinidad and Tobago is nearing a crucial period in the nation's World Cup 2018 journey - the Hexagonal Campaign. As captain of the National Team, Mr. Jones and his peers continue to fully support the Head Coach, Stephen Hart, as well as the staff of Men's Senior National Team. The relationships built over the last 3 years has been paramount to reaching this advanced stage of competition in the World Cup, and the connections have been dynamized with Coach Hart's experience and unwavering commitment to the players. Moving into The Hex, Mr. Jones and the players sincerely believe that Coach Hart at the helm will give the team the best chance to qualify for Russia 2018. Jones is confident in Coach Hart's leadership, saying, "This is the best team we've had in a while, and there's no doubt that we cannot go forward without him."

There have been reports circulating in the public domain, surrounding the disciplinary action taken recently against Kevin Molino. The following is a statement from Captain Jones, speaking on behalf of the National Team:

"With every team, there are young, talented players, and they sometimes make mistakes. Coming out of this recent situation, as a player it's important to take away a solid lesson, buckle down and make yourself a better player and a person. Some reactions have not been the best, and there has been disappointment across the board, including from fans.

We all want Kevin to put everything behind him - apologise properly to Coach, staff and players and by extension Trinidad and Tobago - and move forward together as a unit. He has been and will always be a great addition to the squad. But when it comes down to it, this is about representing yourself and Trinidad and Tobago, and nobody is ever bigger than the game. At the end of the day, we're hoping that we can all learn from this and get back to the business of football and together make World Cup history again for T&T."