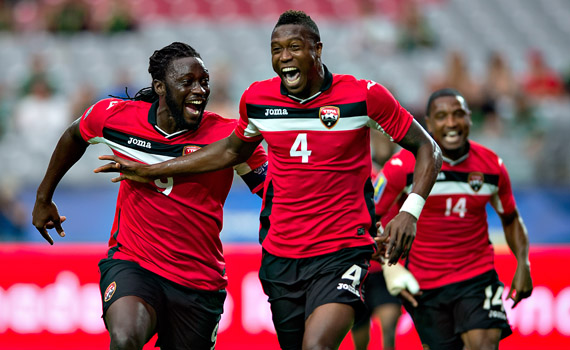 The local football fans will again be asked to support our national team for their next two matches against Panama and Mexico.

Dennis Lawrence has done a very good job in the process of decision making, with regards to arriving at the final 26 players, who will form the squad.

Following his comments through the media after getting a glimpse of his players against Barbados, the body language of players’ coaches and fans alike will have restored faith in our team.

Admittedly, their consistency has not been compatible with truly professional units, hence the reason why there were substandard performances in the early part of the tournament.

On this occasion, there was more interest in making the correct choice of players from home and abroad.

Dennis spoke to many of the coaches who have contracted players in their clubs in different parts of the world, before making a final choice as to whom he would select. He saw enough of the locals to place confidence in many of them who normally would not have been considered for selection.

How could he have ignored, Triston Hodge, Alvin Jones, Hughtun Hector, Leston Paul, Jamille Boatswain, and Jan-Michael Williams, after working with them regularly leading up to the Barbados encounter.

I expected some form of speculation when it came to choosing the foreign based players, although, dependable contributors like Sheldon Bateau, Khaleem Hyland, Andre Boucaud, Kevin Molino, Levi Garcia, Cordel Cato and Joevin Jones, could hardly have been omitted because of their desire to be successful through their hard work on the field.

Despite all that organised selection process, the 11 players who will take the field with the red shirts need careful analysis and this will be the most difficult task for coach Lawrence.

Panama’s squad has been almost similar to the ones used for the past two years and apart from a few ageing but experienced players, they know that T&T is capable of springing some surprises as they had done in the past two years.

It would be unfair to be critical of any starting team chosen by the coach. Many times, coaches go in search of reliable, hardworking players in key positions, for the purpose of stability.

Judging from the past three years, it would be difficult to omit Williams as the goalkeeper, while names like Bateau remain the most outstanding defender in the country. A fellow central defender could come from one of Curtis Gonzales, Radanfah Abu Bakr and Keith Hodge.

They are all diligent workers but because the Panamanian attackers are quick, skillful, and go for penetration through the middle of the field, I will give the quickest and most aggressive, defender Triston Hodge to force and unsettle the nippy forwards from Panama.

Daneil Cyrus and Carlos Edwards can be crucial wingbacks for this match. Because of Bateau’s experience, I believe that he can control the positional play of Hodge.

Our entire game could be determined by the performances of Hyland, Boucaud, both of whom are excellent ball winners, and provide service for the likes of Joevin Jones on the left and Cordel Cato or Alvin Jones on the right. Both wing midfielders can win this game for T&T if they use the wall passing effect with flank penetration with Cyrus on the right side and Edwards on the left.

The left footed Seattle Sounders craftsman has demonstrated some superb cohesive combination with his teammates at right midfield and wing back in his MLS team. The same is the case with Cato, both of whom are quick, skillful and will get to the opponents byline to provide that semifinal pass for a goal.

If their game is built upon this flank strategy, their crosses could meet the key forwards Molino, and anyone of Plaza, Boatswain, or Hashim Arcia.

No doubt, Panama will be looking for Kenwyne Jones and may well get the surprise of their lives with any of the three mentioned above. Jones can be left for the second half when the opposing defense will surely be slower than their first half. The half metre advantage gained by the fresher Kenwyne will serve the purpose. You must bear in mind that international football is expected to produce great performances.

However, the philosophy of each player will have to be the part of a collective policy, where running into spaces in support of the ball must be as important as taking opponents away in bad defensive positions.

Plans to know how, when, and where to be of service to your fellow players will bring distractions, defenses in disarray, and cause even the sturdiest defender to lose communication with his partner and cause vulnerability of the opponents.

Our solid midfield can swing the game in favour of the Warriors if only they do their jobs of reducing the effectiveness of Felipe Baloy, Alberto Quintero and Blas Perez.

Finally, support is vital to our national team, not only by attending the match but cheering on the lads and almost demanding from each of them, the 100 percent which they are promising to provide. Good luck, Warriors. Your nation is behind you.