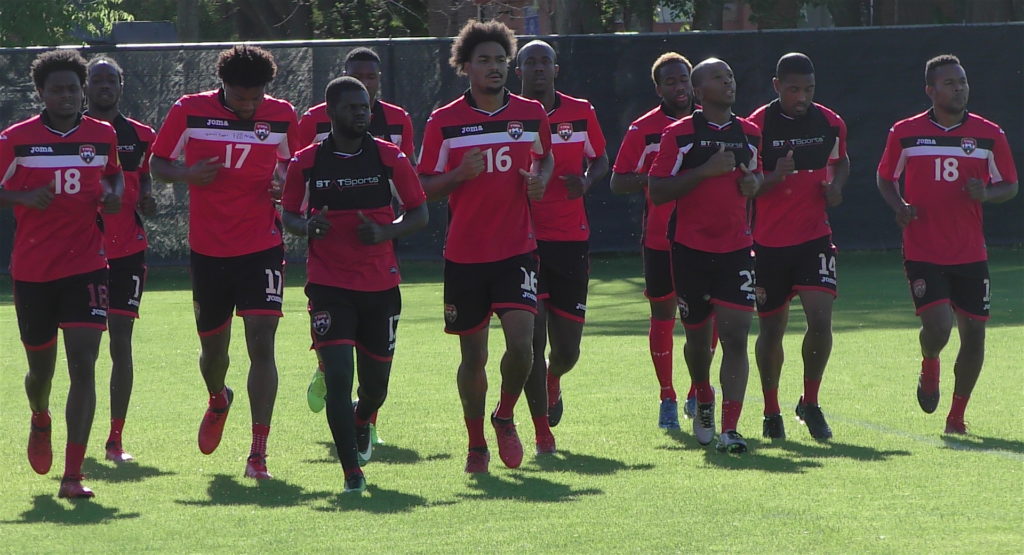 Those were the words of Finnish-based defender Aubrey David as he completed training just two days before Thursday’s 2018 World Cup qualifying match against the United States at Dick’s Sporting Goods Park in Denver.

He cited that the last time T&T got anything in a World Cup qualifier in the US was back in the 1990 campaign and the last time both teams met, US ran out 4-0 winners in the 2018 semi-final round of qualification.

“Coach has kept say that we have our own history to write. So what happened in 1989 or 2016 is not on my mind at the moment. We have a lot more to think about heading into Thursday’s match here in Denver,” David told TTFA Media on Monday evening after a session at Prentup Field.

David has experienced the conditions in Colorado before while being a member of Dallas FC during his loan deal from Costa Rican club Deportivo Saprissa and he’s settled in well under the conditions since joining the squad on the weekend for what is another massive encounter on the road for Dennis Lawrence’s men.

The MLS-based players such as Kenwyne Jones, Joevin Jones, Kevin Molino, Mekeil Williams and Kevan George (while he was at Columbus Crew) have all been through the rigours of playing at high altitude at Dick’s while the rest of the squad have all undergone the necessary acclimatisation strategies and training over the past twelve days or so, carefully monitored and assessed by the Team’s medical staff.

“I feel good at the moment. The sessions have been detailed and intense when necessary because the coach has ensured to go about things in the right manner with the boys,” David said.

“I’ve been here before with Dallas so it’s nothing overly new to me but it was important for the the other players, including the home-based ones to get here a bit earlier and settle in. The last couple days were good in that players were showing good signs in training and being able to execute what the coach wants without any issues,” said the former Caledonia AIA player.

David believes Thursday’s match could turn out to be one that goes down to the wire.

“At this stage of the competition, with both teams still in the race, you can expect it to be very close or who knows, if one team gets out really fast, the other can be caught playing catch up. But we are not here to lie down and let the home team get on top of us. We have that belief that if we stay in the game for long periods and stay disciplined then we can get something out of it. At the same time we will not be complacent at all by thinking it’s going to be easy. We have to dig deep and grind out a result before we go to Costa Rica,” David added.

The T&T team has trained twice at Colorado Rapids training ground which is opposite Dick’s Sporting Goods (game venue) and the rest of the days at Prentup Field, which is 5430 feet above sea level which is higher than the game venue located at 5200 feet.

“The altitude issue is a big issue,” US head coach Bruce Arena told the US press on Monday. “If you come in for one or two days, you can get through it because your body still hasn’t understood fully. Now all bodies understand, so we’re playing through that a little bit. Hopefully by Thursday, we are going to be a little bit more adjusted and ready to be a little bit better prepared for Mexico City.”

Meantime, John Brooks participated in the U.S. national team’s practice Monday,  two days after he injured his right leg in the 1-1 draw with Venezuela in Utah.

Thursday’s match is a reported sold out with US Soccer adding temporary seats on the north end line and in the corners of the mezzanine level to lift capacity by about 1,500 to approximately 19,500.