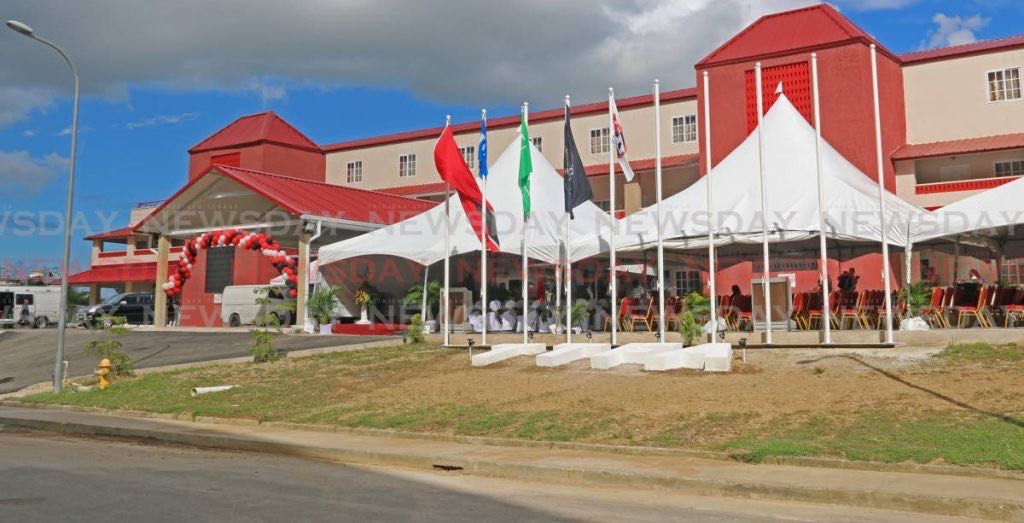 CHAIRMAN of the TT Football Association’s (TTFA) normalisation committee Robert Hadad is hoping the Home of Football can soon be used for its intended purpose and not as a step-down facility for covid19 patients.

He revealed this in an interview with Newsday on Wednesday afternoon.

The US$2.5 million, 72-room facility in Balmain, Couva was opened in November 2019 by former TTFA president David John-Williams. It was built to serve as a hotel for local and visiting teams.

The opening ceremony was attended by the Prime Minister, FIFA president Gianni Infantino and other Concacaf and FIFA representatives. There are two training fields, bedrooms, kitchens, balconies, bathrooms, lounges and conference rooms. But it was shut down just one week after it was opened as there was no property insurance and it was uncertified by the Fire Service.

Last April, the South-West Regional Health Authority (SWRHA) announced the building would be used as a step-down facility in the fight against the covid19 virus. Back then, Hadad said he applauded the decision. He had said, “We are extremely pleased to assist in the efforts to combat covid19 in any way possible.

“This is for the benefit of our country at this time and we remain committed to the cause.” But with 2022 FIFA World Cup and 2021 Concacaf Gold Cup qualifiers approaching, and with the TTFA eyeing friendlies with Dominica, Grenada and St Vincent and the Grenadines, Hadad told Newsday the normalisation committee needs to begin discussions with the Health Ministry on regaining access to the facility.

He said, “Yes, we would like to start using it. And when that will happen – I don’t know.

“We obviously have to meet with the Minister of Health, we have to talk to the Minister of National Security and see how possible it is for us to create our own bubble...The intention is to get the Home of Football back to use for the purpose it was intended (for).

But as much as he wishes to regain access to the facility, he said the future of the building remains uncertain as “anything is on the table” to assist the TTFA with its looming $70 million debt.

He said, “All we are talking about are the possibilities. We are not sure what path we will take. All of these are just suggestions.”

Newsday tried to contact Health Minister Terrence Deyalsingh for a comment but, he said he was in a meeting.

Former TTFA president William Wallace and his executive – who only spent four months in office – were removed by FIFA and replaced by the normalisation committee last March.

This had led to months of legal battles as they challenged this decision, the TTFA’s suspension by FIFA, and the eventual backing down of Wallace and his team, which saw the suspension lifted.

Hadad said while his tenure as chairman of the normalisation committee has been “overwhelming,” it has not been more than he expected.