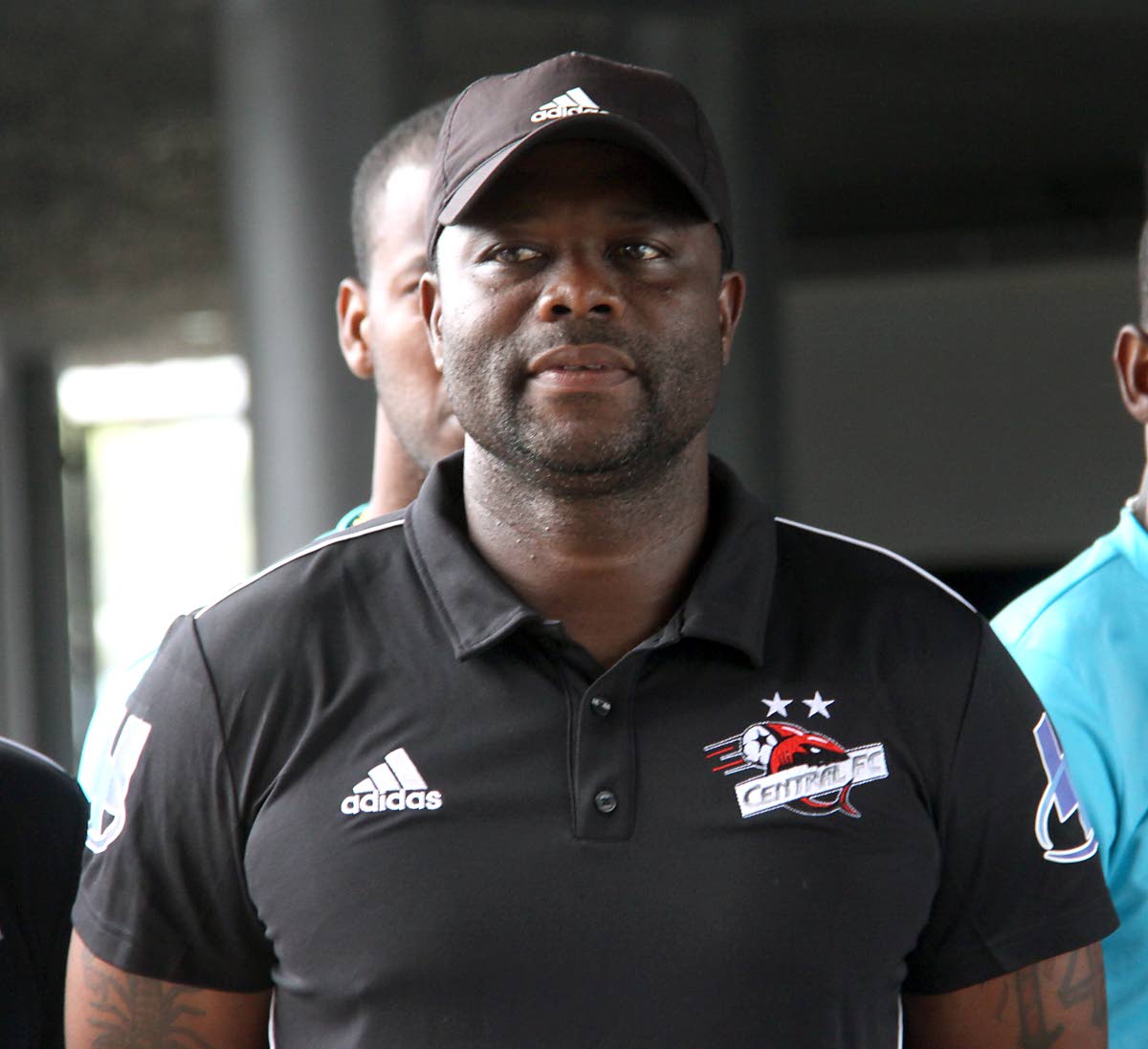 CENTRAL FC coach Stern John is anticipating a difficult final against Defence Force on Friday in the TT Pro League’s First Citizens Cup but has urged his players to believe in themselves. The final will be staged at the Hasely Crawford Stadium, Mucurapo, starting at 7pm.

In the semi-final round last Friday at the Mucurapo venue, Central FC needed kicks from the penalty spot to defeat Police 7-6, after a 1-1 scoreline at the end of regulation time. Defence Force, in the earlier semi, breezed past Morvant Caledonia United 4-0.

John, the highest goal-scorer in TT football history with 70 goals from 115 international matches, is in his first full season as Central FC coach, after Dale Saunders resigned midway during the 2017 season.

In a telephone interview on Monday, John said, “I think for us, we just have to believe. I (told) the players they have a lot of ability. We just need to believe in what we can do and be patient.”

The ex-Columbus Crew, Nottingham Forest and Coventry City striker noted, “We couldn’t ask for any better of them.

They’ve carried out instructions really well and if we continue, I think we have a good chance of winning the final.

“It’ll be a difficult final but we have a chance once we apply ourselves and do what we have to do, and not worry about what the opponents (are) doing.”

Looking back at last Friday’s semi-final, John acknowledged, “Police were playing to their strength, playing the ball long to (Jameel) Perry and it’s a difficult ball to deal with.”

John noted that his team worked in training on dealing with Police’s long-ball strategy, and they were able to combat that plan by maintaining possession of the ball, especially in the second half.

He added, “We stuck to the plan really well and got ourselves back into the game. It was an even game in the end.

“I saw the guys kick penalties the day before and I wasn’t panicking. I know they would do a good job and I know Marvin (Phillip) would’ve come up with some good saves as well. We’re in the final on Friday so we look forward to it.”

John has commended his players for their efforts thus far this season, despite the club’s financial struggles.

“It has been difficult, especially as a young manager in the business,” said the current TT men’s team assistant coach. “We all know the financial problem we have in the league.

As a young manager who is preparing as (best) possible the night before, when he shows up expecting to have 18 players, sometimes we have (about) 10 players, because of the fact that the players have no money to come to training and we have no money to pay them.”

John said the club has implemented a few fund-raising measures to assist the players.