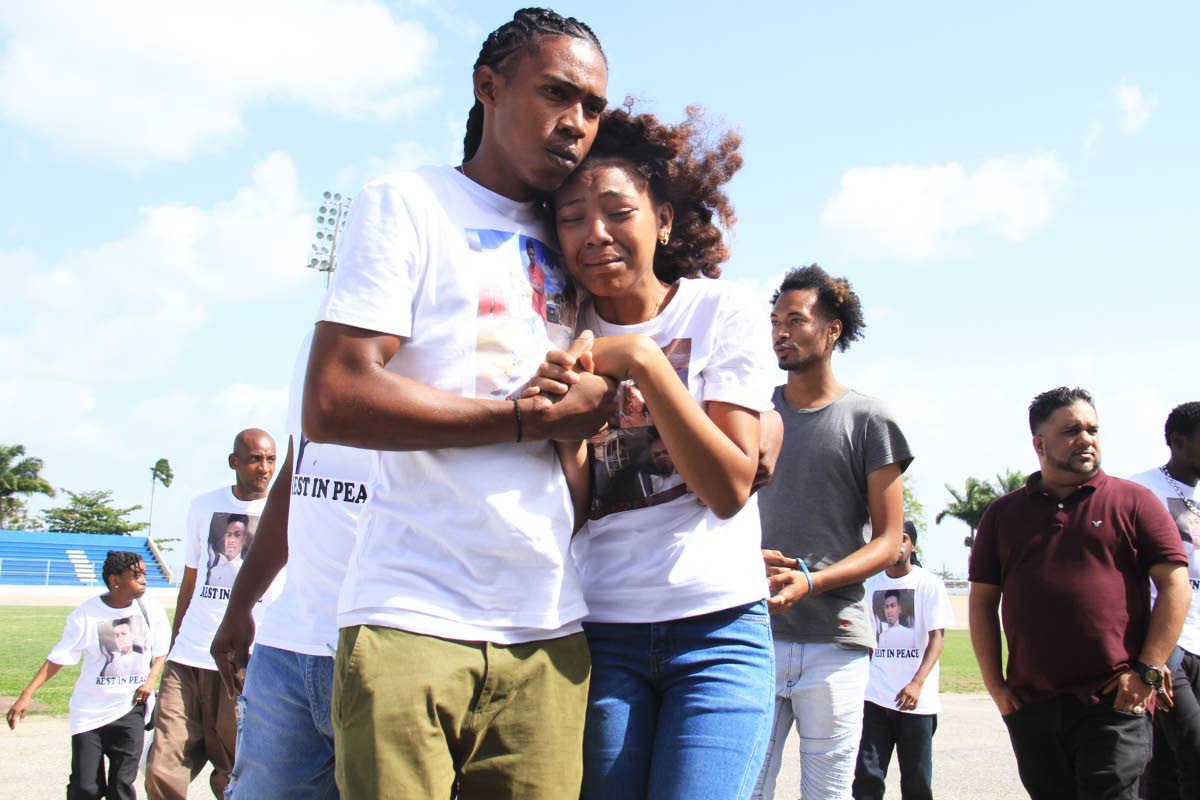 FORMER T&T footballer Jason Marcano was laid to rest at the D’Abadie Public Cemetery yesterday, after a funeral service at the Arima Velodrome.

Hundreds of family members, friends, fans and fellow footballers turned out for the 90-minute ceremony, which was conducted by Reverend Desmond Austin of the Tunapuna Open Bible Church.

Among those in attendance were Arima Mayor Lisa Morris-Julien, and members of the Soca Warriors team, who played in the 2006 FIFA World Cup in Germany – Brent Sancho (owner of Marcano’s former club Central FC), Clayton Ince, Anthony Wolfe and Densill Theobald.

Also, at the funeral were staff and players of San Juan Jabloteh (his club until his passing last Thursday) and former coaches at Arima Senior Comprehensive (now Arima North Secondary) Michael Grayson and Dave Weekes.

Delivering a tribute was his niece Shania, who described Marcano as her “father” who always ensured the best for her.

“Every family day, he brought joy and happiness to everyone,” she said.

“He would make sure you get off that chair to sing and dance with him.”

She continued, “Anything to make someone happy, just call Uncle Jason…never a dull moment with him.

“He was the father I never had. I really appreciate everything he has done for me. He had a very good heart and I’m sure not a single person has a bad memory of my uncle and father in one.” However, Marcano’s cousin Elton John, who plays for Halifax Wanderers in the Canadian Professional League, was unable to attend. The 35-year-old, who died in a vehicular accident along the Eastern Main Road in Arouca, leaves to mourn his parents Maria John and Steve Marcano, wife Liz and his children Janio, Kayla and Jaheim.