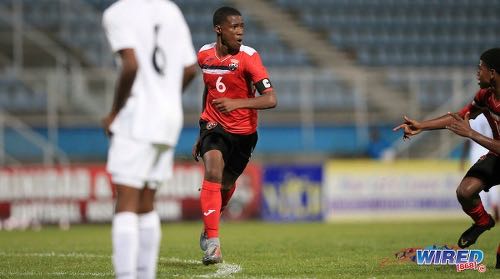 Trinidad and Tobago Boys National Under-15 Team captain and midfielder Jaheim ‘Jah Jah’ Marshall is recovering at Mt Hope General Hospital, after fainting on Sunday during the pre-match warm-up before a QPCC Cup Tournament fixture.

Marshall, according to sources, also experienced mobility issues. However, a statement from his family today said he has no more than a headache at present and all results thus far were normal.

“Good morning all, Jah Jah (Jaheim) is still at My Hope undergoing tests and observation,” read a statement from Marshall’s family, which was shared in the social media group of his club team, Trendsetter Hawks. “However, all the results thus far came back normal and he got up and walked this morning. His head is still hurting him though but he is stable.

“Please continue to keep him your prayers and thanks.”

Marshall was allegedly due to represent Fahrenheit at the QPCC competition, which is a team stuffed with National Under-15 players from a variety of clubs.

Marshall came to national prominence last year at the helm of the then TTFA’s ‘elite’ Under-15 Team. He scored once in their opening Youth Invitational affair at the Ato Boldon Stadium on 17 July 2019, although they lost 5-4 to Panama.

A steely, versatile, box to box midfielder, ‘Jah Jah’ is considered one of the country’s top youth prospects and a driven, focused young man.

He is also a form four student at Trinity College (Moka) and represented the school in the Secondary Schools Football League (SSFL) Premier Division last year. Trinity were relegated at the end of the season.