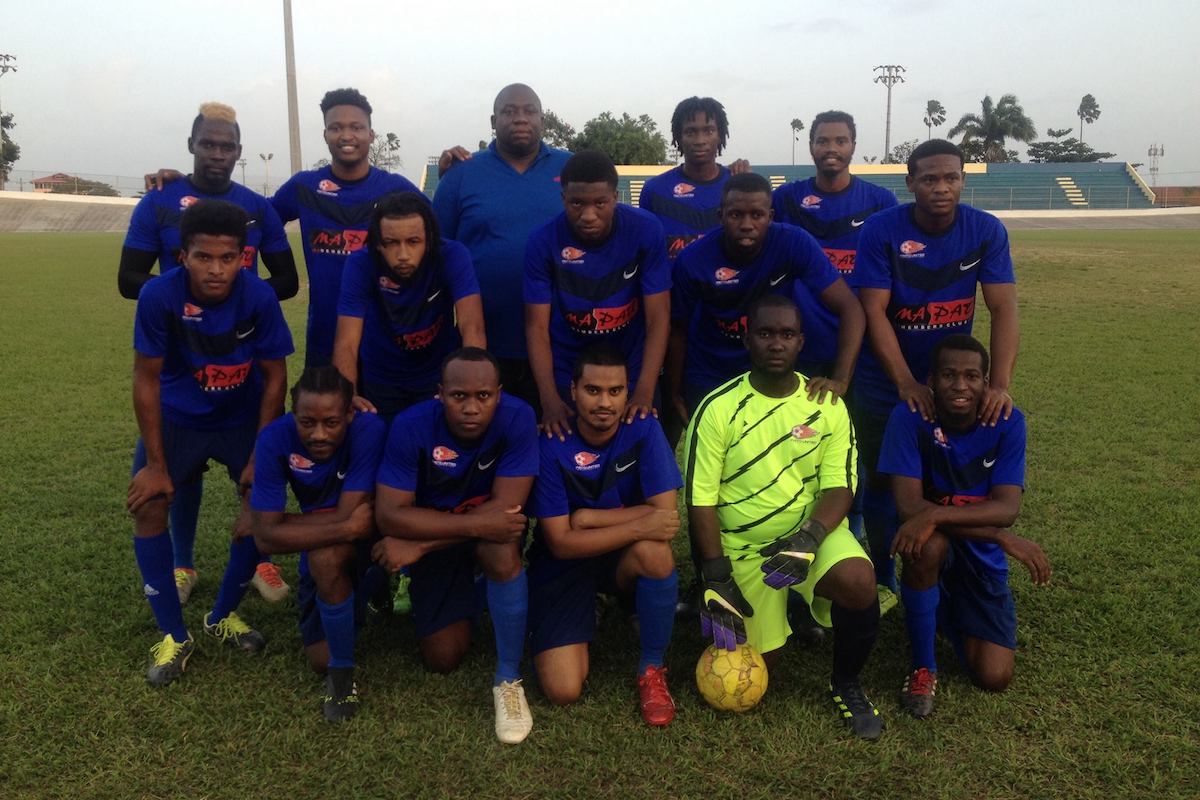 PINTO United proved themselves among the contenders this season with a 5-3 victory over former champs G Madrid last weekend to stay unbeaten in Group A of the Fishing Pond 9-a-side Football League.

A double from Daniel John was supplemented by items from Noel Charles, Joel Charles and Elijah Pascall as Pinto gave their opponents a handful of goals. G Madrid, who lost their first match of the season, got a brace from Derone Lewis and one from Renaldo Ragoo.

In other results last weekend, Alexcon FC finally got off the mark with a 7-1 massacre of Walcott FC to keep alive their hopes of making the Big 8 knockout round in the ultra competitive Group A.

In Group B, Boys Town and Team Up Top played to a 1-1 draw. Boys Town got on the scoresheet through Benty Jackson, with Kern Cabalero doing the honours for Team Up Top.

Also recently, Gremio maintained control of Group B following a 4-3 thriller over Quash Trace. Gremio were indebted to JC Lewis who notched a double, with Dwaine Ovid and Kylan Hypolite on target for them as well. Quash trace got goals from Shaydon Charles and a brace from Tavarous Boswell but it was not enough as Gremio took all three points to stay perfect with three wins from as many matches.

In Group A, former champions Dream Team added to reigning winners Take That and Cool It’s troubles with a 1-0 victory that kept their opponents winless this season.

Akee Alvarez scored the winner in the first half as a resilient Dream Team held on for full points to move into second place in the standings. The defeat left ‘Cool It’ without a point after three matches and in serious danger of missing out on the lucrative Big 8 knockout stage.

Group A leaders Manzanilla FC are on a roll and breezed to their third win so far with a 3-1 result over All-Stars. A brace from Matthew Robinson and one from Keshorn Charles were enough to see off All-Stars who scored once through Kyle Mendoza.