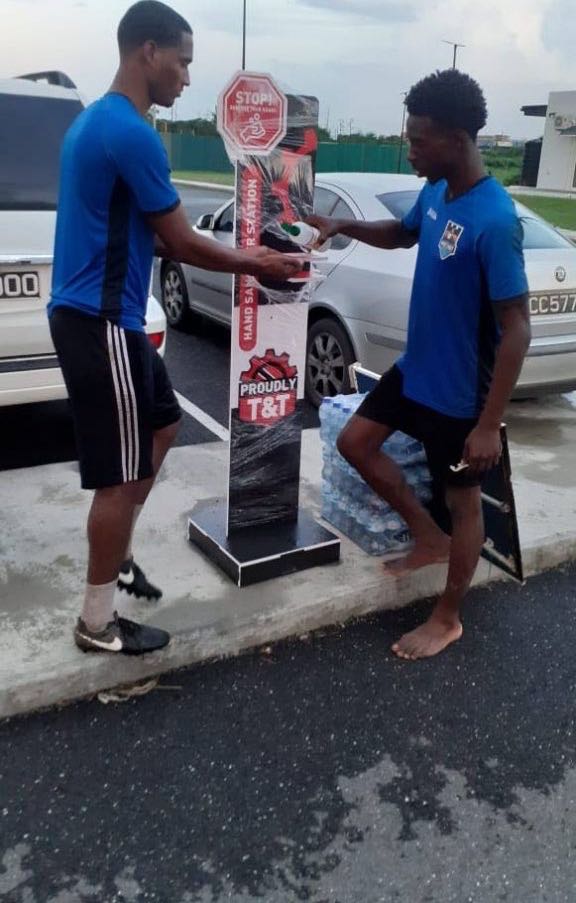 RECENTLY-FORMED local football team Real West Fort United are trying to protect its players from the covid19 pandemic as the club have formed a partnership with the TT Manufacturers Association (TTMA).

The TTMA has given sanitisation stations to the club, which would be used at training sessions and matches.

West Fort United were one of the first teams to begin training after the relaxing of covid19 regulations by the Government and the club have also led the way in ensuring that sanitisation protocols have been followed.

In a media release, West Fort United’s technical director Ron La Forest said, "I am very happy to receive the sanitisation stations as we seek to stay covid free as a responsible organisation. The health and wellness of our players and staff is top priority."

"This is a very important partnership for us as we go forward because the health of all our stakeholders is of the utmost importance. The sanitisation station coupled with the strict following of social distancing etcetera puts us to the head of the class, a position we will like to be in, in all of our endeavours.”

West Fort United are also fighting the effects of covid19 off the field with hamper distributions.