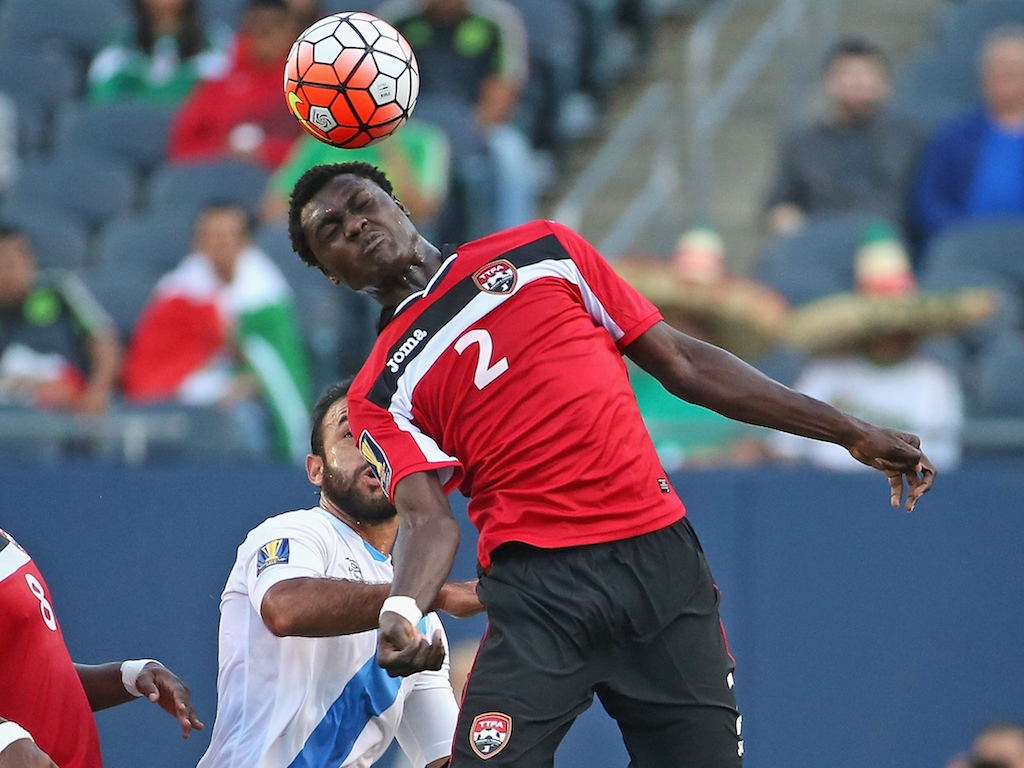 National team defender Aubrey David will perhaps be the player in the Trinidad and Tobago squad most familiar with the Costa Rican team when both sides take to the Hasely Crawford Stadium on Friday for the opening match of the CONCACAF Final Round of World Cup qualification.

David was employed at Deportivo Saprissa earlier this year before joining Dallas FC on loan. He played ten games for the Costa Rican powerhouse and among his teammates was Costa Rican national team left back Francisco Calvo and midfielder David Guzman who is in the opponent’s selection for Friday’s encounter.

Calvo admires David and made it known that Los Ticos will not take T&T lightly.

“Aubrey is a very good person. He is a really good player and he brings a lot to the game. He is offensive and he knows how to defend,” Calvo told TTFA Media.

And about facing T&T, Calvo was cautious, adding” It will be a tough game.They have important players and Trinidad and Tobago have been doing well. Costa Rica wants to go to the World Cup and so does Trinidad and Tobago. T&T have a lot of good players, good experience and good quality but they have to be positive and have confidence in the team and believe more in themselves.”

David himself sees this as T&T’s biggest test of the campaign so far.

“Every game is difficult in its own way. Some felt maybe the away game to Guatemala was challenging but I think this one on Friday will be our strongest test. Costa Rica are very serious and passionate about their football and the players will be coming here feeding off that passion and vibes of their entire country,” David told TTFA Media.

“When I was at Saprissa, they were already talking about what it would be like when they have to play Trinidad and Tobago and of course there was always a lot of banter because of my involvement in the Trinidad and Tobago side. They are great people but when it comes to football, they want to win and everyone gets taken over by this kind of passion that is hard to describe. I am sure there will be a quite a few fans from Costa Rica coming for the game and they will back their team right down to the end of the match,” David said.

And he’s right, so far there have been tickets purchased for at least 200 Costa Rican fans who will be arriving in Port of Spain next week for the match,

“I think it is important that we concentrate for the entire match and focus on our positives, focus on our best features and of course we will have to give it our best when it comes to preventing them from playing their best game,” David said.

“They will maybe try to get on top of us early but they have such quality players that they could be prepared to wait for the mistakes and punish us or try to take the game to us from early. But our boys are fully focused and ready for the task at hand, and to achieve the goal, which is to get the 3 points at home” David added.

“ It will be interesting playing against ex- teammates like Calvo and Guzman, and also other players who play in the MLS. It will be nice to see them again but come Friday it’s all business.”

The T&T team live-in camp begins on Sunday and the team’s first training session will take place on Monday morning. The Costa Rican squad arrives in Port of Spain on Thursday evening.

Tickets for the match remain on sale at all Lotto Locations nationwide and Season Passes are also available at First Citizen’s Bank Branches across the nation.