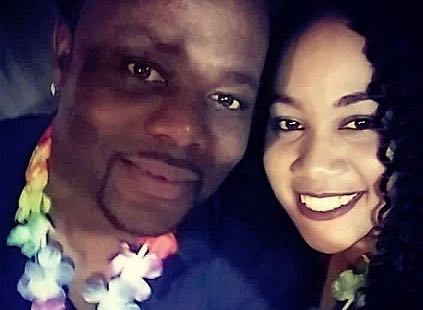 The Trinidad and Tobago Football Association, staff members and players of the Men’s National Senior Team extends deepest condolences to former national player and current Assistant Coach Stern John on the passing of his daughter Nikela.

Nikela, age 19, passed away on Thursday evening at her Cunupia home due to medical causes still to be determined.

John was on his way to a National Team practice session at Ato Boldon Stadium when he received a phone call that his daughter was not well. He was excused from the session and rushed to the scene at her home. She was pronounced dead later that evening.

Nikela was born in Trinidad but lived with John during his playing time in Birmingham from a tender age before returning to Trinidad. She was a student of Holy Name Convent.

TTFA President David John-Williams said “My thoughts and prayers are with Stern today . This is indeed a difficult time for him and his family as well as our TTFA family. As President I will like to urge Stern to stay strong. Words are difficult to find at this time to say to him. We ask for God’s blessings upon him at this time and may she rest in peace.”

Head coach Dennis Lawrence, who also played with John on the Senior Team, stated “We want to extend our condolences to Stern and his family and also let him know that we have him in our thoughts and we share in this time of grief with him.

“We know that no amount of words can really help to ease the pain he is bearing but we we pray that the comfort of God helps him and his family through this difficult time.”

“Stern is one of us and we will give him the time and support he needs right now and welcome him back at the appropriate time,” Lawrence said.

The T&T Senior team takes on Barbados from 7pm today at the Ato Boldon Stadium.

NIKELA JOHN, daughter of former Trinidad and Tobago football striker and current assistant coach Stern John, was remembered yesterday as “a gem in its rarest form”.

The 19-year-old Nikela, who died on March 9 from undisclosed medical reasons, was laid to rest at the D’Abadie Public Cemetery yesterday, following an hour-long funeral at a packed Santa Rosa RC Church, Arima.

According to Denisha Mayers, a friend of Nikela who delivered the eulogy, “Nikela was a gem in its rarest form. Her smile was as radiant as the brightest flower, and she would melt your heart, even when she (did) her mischief.

Her candid laugh would easily captivate and concern. She always wanted her own way, (but was) strong-willed, caring, fun-loving and God-fearing.” Mayers pointed out, “There was a never a dull moment with Nikela. She was a master in the kitchen like her mom (Nicole Baldwin).

Her intelligence, wit and sense of humour caused friendships aplenty. She made us all less stressful.” Referring to Nikela’s relationship with her father, Mayers said, “Her conversations (with Stern) usually starts ‘Father’ and would be followed up with demands, about 99 percent of the time.

Nikela was always the hardest nut to crack.” In attendance were a number of relatives and friends, as well as members of the sporting fraternity, including her distant relative Alec Burns (former TT cricketer) and other regional cricketers Dwayne Bravo and Kevon Cooper.

Mayers made it clear that the memories of Nikela would last forever.

“God gave you to us for a minute but our fondest memories of you would last a lifetime,” she said. “God would never take anyone away until they have taught us what they need to know. Thank you Jesus for blessing us with Nikela John. Thank you for welcoming her into heaven, where she would now look over us, together with our other guardian angels.

“Today I want us to remember Nikela’s smile, her warmth, her love, her hug, her stale jokes.

Grief and sadness is a small price we all have to pay for that irreplaceable gift we were given 19 years ago. Thank you Jesus for Nikela John and may she forever rest in peace,” Mayers ended.