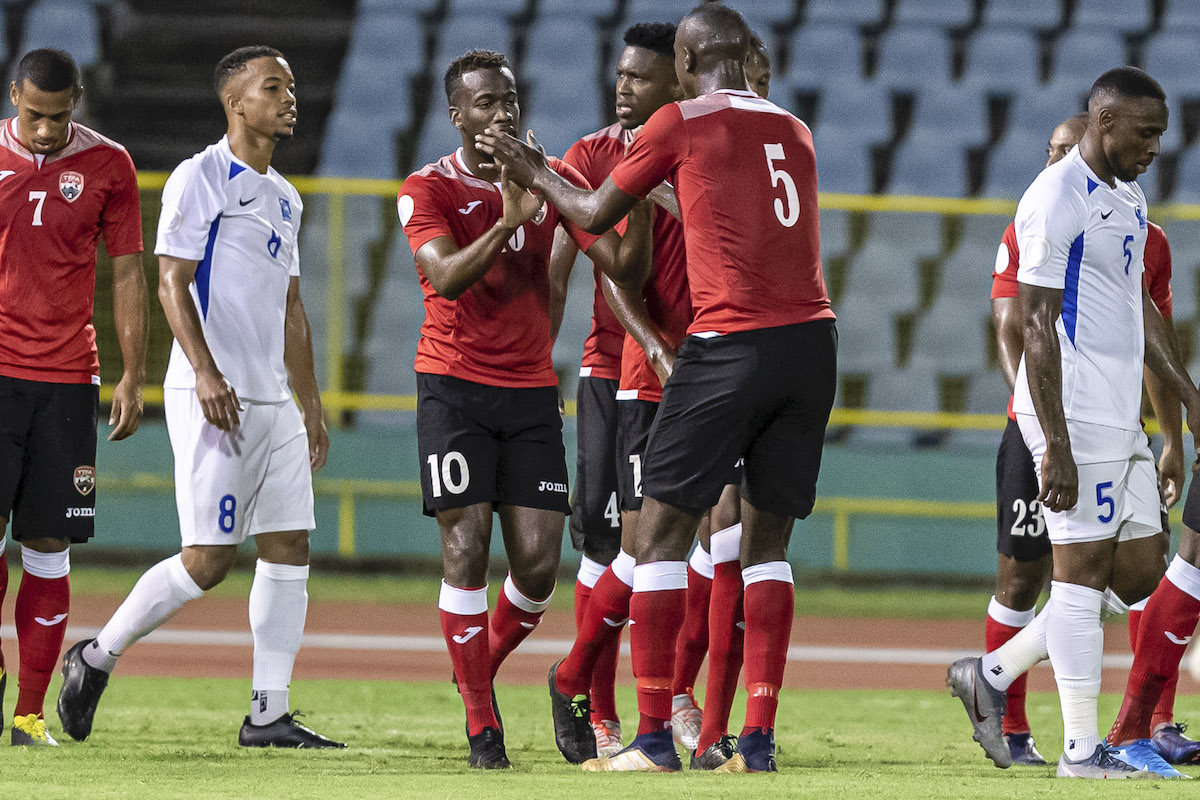 Trinidad and Tobago’s Senior Men will be going after three points to maintain their chances of 2021 CONCACAF Gold Cup and Nations League Finals qualification when they face Honduras at the Hasely Crawford Stadium from 7:00pm on Thursday.

The Dennis Lawrence-coached team went into their final session at the game venue on Wednesday evening followed by Honduras’ session for what is expected to be a tense and keenly contested affair with T&T in search of their first win after two draws against Martinique last month.Honduras meanwhile will be playing their first game of the Nations League.

Honduras is coming off two wins at home in September, defeating Puerto Rico 4-0 and Chile 2-1 and will be fancying their chances here after defeating T&T 2-1 in a 2018 World Cup qualifier in Couva back in 2017.

Experienced T&T attacking midfielder Kevin Molino wants to see T&T on the front foot from early as they go after the win.

“It’s an important game for us, mix no matters about that,” Molino told TTFA Media on Wednesday.

“We’re on a run of ten or eleven games without a win which is never good and we owe it to the country and  ourselves as a team to get something positive and try to turn the page. We’re coming off two draws against Martinique and obviously the desire must be to get a victory against Honduras. The boys know it’s vital and we have every reason to try and make things better for the team and local football with a positive result.

“This game will not be easy because Honduras are a quality side and we know what they are capable of but we also have it in us a team to produce good football and it will be important for us to step things up and get it right,”Molino added.

The Minnesota United player scored T&T’s go ahead goal in a 2-0 victory over Honduras in the 2013 CONCACAF Gold Cup when T&T needed a win to secure its passage to the quarter-finals.

Tickets are on sale at all NLCB lotto booths at $200 covered and $100 uncovered and will also be available at the venue on gameday.