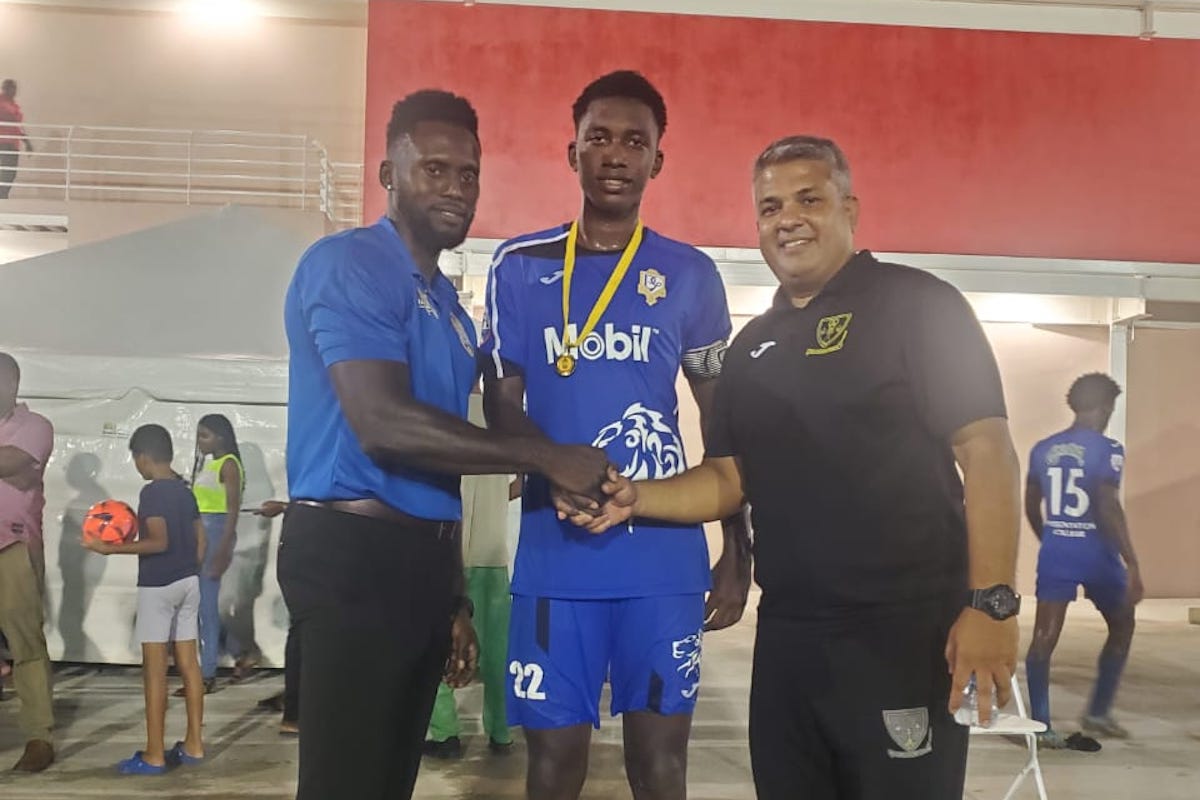 THE big boys were winners yesterday as St Benedict’s College and Trinity East exposed the gulf between Premier and Championship division football, both scoring huge wins over lower division opponents as East and South Coca-Cola InterCol quarter-finals took place across the country.

That was as good as it got for the East Championship Division Five Rivers as Trinity East led 4-1 at half-time.

Having impressively copped the 2022 Tiger Tanks Secondary Schools Football League (SSFL) title recently, St Benedict’s led 1-0 with their first attack, when after just 23 seconds Josiah Ochiah stabbed a low shot into the goal after running onto a through ball.

After brief defensive resistance from Ste Madeleine, Keno Morain added another from long-range and by half-time the “La Romaine Lions” were comfortably ahead 5-0 at Mahaica Oval. By the end Moraine, Derrel Garcia, Nicholas Bobcombe had each netted a brace while Tariq Lee and Josiah Ochoa both scored once.

And relegated --from the Premier Division-- St Augustine Secondary got a brief scare before whipping Championship Division outfit Valencia Secondary 6-3. The teams were tied at 3-3 at one point before the “Green Machine” pulled away. Both Alex Piper and Jamal Cooper scored hat-tricks.