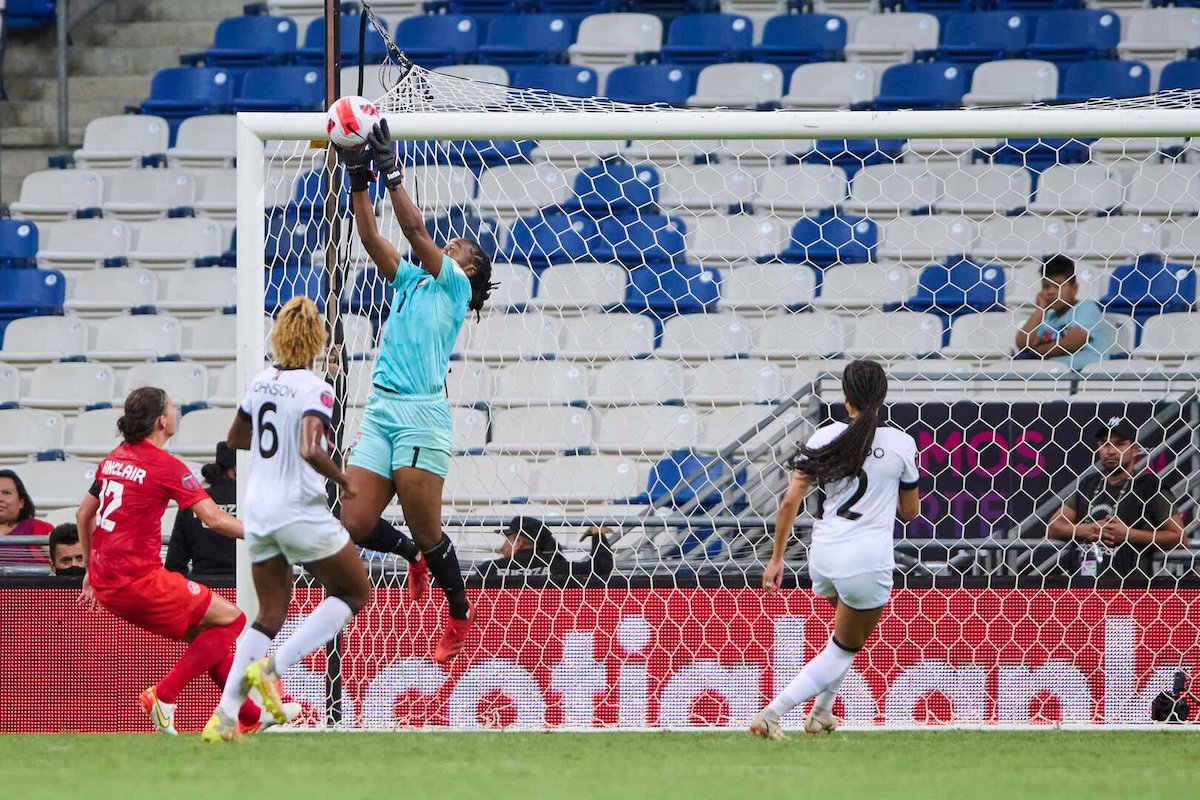 What’s done is done. Now, women’s national football team head coach Kenwyne Jones is refocusing on Trinidad and Tobago’s next assignment at the CONCACAF Women’s Championship, when they come up against Costa from 7 p.m. tomorrow in Monterrey, Mexico.

Jones tried his best to mask sombre emotions, following his team’s tournament-opening 6-0 defeat to Olympic champions Canada on Tuesday night. But positive results in their final two preliminary Group B matches can still see the Women Warriors into at least an inter-continental playoff in New Zealand next February, for a chance to capture a berth in the 2023 Women’s World Cup.

“We dust ourselves off,” stated Jones at Tuesday’s post-match conference. “We have two more games to go and (we) definitely try to turn our minds on to the next two games.”

Jones acknowledged there was no cohesion between his hard-working traditional defenders and the midfield which was too open both on the flanks and down the middle.

“We needed to be closer to Canada in the middle of the park and we paid a price for it,” Jones assessed.

“We were a little bit sluggish in trying to get out the box (penalty area) and kind of keeping our units a little bit tighter. Again, I think it was down to bravery, a little bit... and we needed a little bit more of that (bravery),” Jones stated.

He also felt there was a lack of belief and hesitancy by his team to play forward, even in the brief moments when they had the chance to do so. “If we were able to do that and when we recovered the ball, play a bit, I think the game might have been a little bit tighter than it was,” noted Jones. He added: “But unfortunately enough, the belief of the team kind of went and we kind of got stuck, waiting (at the top) of the 18-yard box -- which was not a good thing.”

Canadian coach Beverly Priestman acknowledged the first half defensive effort made by Trinidad and Tobago and said that the reward came following a quadruple substitution early in the second half when she withdrew both attackers, including veteran superstar Christine Sinclair.

While T&T faded, Priestman felt her new recruits would bring energy to Canada and that the goal would eventually come. “Teams are showing us respect and defending incredibly well and that’s a great test for us, said the Englishwoman. “The group that started earned us the right in the second half to get the goals. We knew that would be the case and hence why I was front-footed on the substitutions,” added Priestman.